Zoning, Race, and Marijuana: the Unintended Consequences of Proposition 64 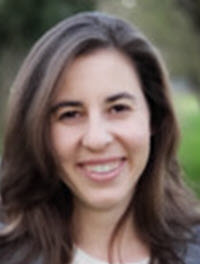 Proposition 64 created a winning campaign by capitalizing on the New Jim Crow consciousness that had exposed the unjust nature of American drug laws. The legalization of recreational marijuana tantalized social justice activists with the hope that the wrongs of old misguided marijuana policies might be righted in California. Yet Proposition 64 betrays its spirit of social justice by shackling legal marijuana to a control structure lodged securely in local municipal government.

Marijuana laws will no longer be enforced by police officers looking for a reason to stop a minority member. Nor will minor possession charges come with remarkably destructive criminal penalties. That is a victory--so what is the problem? Under Proposition 64, local governments now regulate marijuana by exercising land use controls which governments commonly use to cordon off anything associated with disorder. Cities treat marijuana as a public nuisance, and marijuana has long been maligned as a disorder in our nation's drug policy. Worse, zoning laws are systemically racist as a matter of entrenched history, rather than from selective enforcement of functionally innocuous laws. Zoning impacts neighborhoods and the people who inhabit them on a broad scale by dictating what the urban or suburban environment may consist of. Zoning ordinances are also incredibly difficult to challenge.

This Article argues that however convenient or necessary local control seemed from an initiative standpoint, it brought unintended consequences that will ultimately undermine the social justice goals that drove California's marijuana legalization. The new tools for implementing and enforcing marijuana laws, namely zoning regulations, will trigger unintended consequences.

First, zoning will relegate marijuana dispensaries to poor neighborhoods adjacent to industrial corridors and away from the prime real estate of suburban single-family homes. Economically depressed neighborhoods tend to be marked by high-density rental housing, occupied primarily by minorities. Zoning power provides local government with the legal means to ensure that a marijuana dispensary will not be located in an affluent neighborhood by simply prohibiting dispensaries from operating in any area zoned for low-density, large-lot residential use.

Second, the cost of entry into the legal marijuana industry will exclude these same groups. Communities hosting high concentrations of marijuana dispensaries, cultivation sites, and businesses may see proceeds flow out of the communities if unable to participate in the industry. Finally, the new laws do not address the problems facing poorer individuals about where marijuana can be consumed. Renters in apartments and public housing are subject to different rules than homeowners with respect to marijuana consumption. Consequently, fines, civil penalties, and eviction are again set up to disproportionately impact communities of color.

This argument follows in five Sections.

Section I unpacks Proposition 64's campaign and how local controls were built into the ballot measure to appease nervous municipalities.

Section II examines the interplay between zoning, racism, and marijuana in the context of zoning power by walking through the history of zoning and California's local governments' tolerance for medical marijuana dispensaries.

Section III analyzes marijuana as a social disorder from a historical perspective.

Section IV analyzes how local controls have thus far been used in California since the passage of Proposition 64.

The implementation of Proposition 64 consistent with its social justice goals must confront localism. Responsibility for phasing in these changes rests in part with the judiciary and in part with the legislature. A legislative solution would be much more difficult to accomplish, however, as the California Constitution prohibits interfering with ballot initiatives.

Should constituents, the industry, or the legislature attempt to amend Proposition 64, there are three major changes to its structure which could prevent the concentration of dispensaries in marginalized areas. First, the Health and Safety Code should prohibit the placement of multiple dispensaries on the same city block. The distance between them might force the municipality to open up other commercial areas for dispensaries outside of the same industrial neighborhood with liquor stores and low-income housing.

Second, the legislature should amend the fine structure within the Health and Safety Code. Instead of a straight fine for the stated infraction, the fine should take income into account and work on a sliding scale. If, for some reason, code enforcement catches a billionaire in a non-smoking public space smoking a joint, that person would be responsible for a one thousand dollar fine. On the other hand, a welfare recipient cited in the same space for the same infraction should not receive a fine in the hundreds of dollars, as is currently the law. Because of the social justice push within Proposition 64, this context would be the best place to implement fines on a sliding scale responsive to income.

The final solution I propose depends on the judiciary. Under the Health and Safety Code, a locality can issue additional reasonable regulations on personal use. More likely than not, it will fall to the judiciary to resolve what constitutes "reasonable" regulations. When evaluating these kinds of regulations, I propose that the judiciary keep the social justice goals of Proposition 64 in mind.

Analogizing to environmental law, environmental justice concerns require agencies to consider the environmental impact of an action on certain marginalized areas. That is, where a project's impact would affect impoverished areas, the reviewing courts consider whether that impact or mitigation measure is fair and whether the project should be relocated. When a tenant challenges the landlord-tenant provision or one of the more restrictive provisions of the personal use regulations, the court should consider where that person lives and the impact on that particular person.

Ultimately, these proposals mitigate the impact on the communities who have been and will be disproportionately affected by marijuana laws. If the mother of a child who suffers from seizures rents in subsidized housing and treats her child with marijuana and her landlord tries to evict on the basis of that use, the courts should consider the injustice done because of her status as a renter. No affluent person with a private residence would be in the same situation because such a person could avail themselves of growing and using marijuana in his or her own home. That is the disparate impact. That is what needs to be fixed, and the courts may be able to consider that.

In conclusion, examining zoning power in depth reveals the structural concerns of importing marijuana regulation into this context, and also the limits of the state laws, given the above examples, in protecting those classes which will likely be regulated the most. Marijuana legalization in California occurred with a marked spirit of atonement and a desire to correct the wrongs of the justice system, yet the local controls may end up curtailing the possibilities for a more equitable system.

Alexis Holmes earned her J.D. from McGeorge School of Law.