Marijuana Legalization, Racial Disparity, and the Hope for Reform 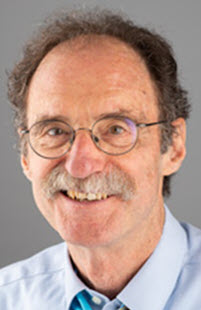 America's war on marijuana has a long and ugly racist history. Early appeals to criminalize marijuana were unabashedly racist. Those involved in more modern efforts to punish marijuana offenders have been more subtle in their appeals to racist sentiment. Nonetheless, the War on Drugs has devastated minority communities.

Numerous studies demonstrate that marijuana usage is consistent across racial groups. Despite that, arrests of minorities are consistently higher than arrests of white offenders. Indeed, those kinds of disparities have persuaded some voters and policy makers to support the legalization of marijuana. That included proponents of Proposition 64--California's initiative that passed in November 2016 and is now being implemented statewide.

Major legislative reform requires a broad coalition of interest groups to achieve such changes. That certainly has been the case in California, where marijuana users and growers joined environmentalists and social justice reformers to pass Proposition 64. The challenge, of course, is to enact legislation that advances the interests of the various stakeholders and then to implement policies that assure that they work. Hence, the focus of this Article: will Proposition 64 in California address reformers' goal of abating the disproportionate impact of marijuana laws on minority communities? As developed below, one should be agnostic about whether California will achieve its goal of addressing inequity, certainly not without major changes in current regulations and costs of entry to the business.

First, this Article focuses on the early history of marijuana regulations in the United States, with a special focus on appeals to racism. Thereafter, it turns to more recent disparate impacts on minority communities. Further, it explores the ways in which the drafters of Proposition 64 hoped to alleviate the racial disparity. Despite those hopes, as developed below, racial disparity continues. This Article focuses on some efforts to address those concerns. Finally, it considers whether those efforts are too little, too late.

The marijuana industry is here to stay. We are closer to a national solution to marijuana law now than at any point in modern history. Federal forbearance during the Obama Administration allowed medical and eventually recreational marijuana businesses to flourish, leading to the flow of capital into the industry. Former Attorney General Jeff Sessions's decision to rescind the Obama-era Cole Memorandum (giving states latitude to develop their recreational marijuana businesses) backfired. For the first time, members of Congress on both sides of the aisle have voiced support for a national solution to the marijuana issue. Members of both parties have put a number of bills into the hopper, bills that are steadily gaining support. Contributions are flowing into congressional members' coffers and now disproportionately to those of Republican members. But what will that industry look like? No one knows.

Advocates for social justice should be vigilant. Legislators targeted minority communities throughout the history of marijuana regulation with long-term consequences. An unregulated market in marijuana is not likely to remedy those historic inequities. The flow of capital into politicians' hands cuts against racial remediation: white investors already have the upper hand in the marijuana business. They are not likely to advocate for equity programs, but instead are likely to favor business-friendly legislation. We already know what that economic system looks like.

California has a chance to address equity issues. Certainly, Proposition 64's drafters included some provisions that can help. California needs more: the best hope is for aggressive leadership to expand equity programs statewide. Without such efforts, we face the same old, same old.