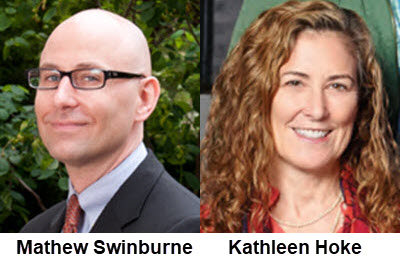 While the legalization of marijuana is creating financial opportunities, these opportunities are not equitably enjoyed. A 2017 survey of the industry revealed that 81% of marijuana business owners are white while only 4.3% of marijuana business owners are African-American, 5.7% are Hispanic/Latino, 2.4% Asian, and 6.7% identify as other. These disparities are magnified when juxtaposed to the damage done to communities of color as part of America's War on Drugs. Emblematic of the harm created by the inequitable enforcement of our nation's drug laws, one report revealed that despite comparable rates of marijuana use, Black Americans were almost four times as likely to be arrested for marijuana possession as their white counterparts. State governments have recognized the disjointed relationship between the financial opportunity of legalized marijuana and the damages of the war on drugs. This recognition has resulted in the enactment of policies aimed at addressing this social justice issue.

Part I of this article discusses the evolution of marijuana regulation.

Part II explores the impacts of disparate enforcement of drug laws as a social justice issue.

Part IV of the article examines state efforts to utilize tax revenue from the legal cannabis industry to reinvest in communities that were disproportionately impacted by previous drug policies, efforts that hold promise for restoring impacted communities through economic development and violence prevention.

The war on drugs has taken an unjust toll on communities of color in this country with its shockingly disparate incarceration rates and the ancillary effects of this practice. As states liberalize their marijuana laws, through medical and recreational programs, efforts are being made to address the injustice of former policies. These efforts are both prospective, the policy efforts to create a more inclusive legal marijuana industry, and retrospective, efforts to reinvest in communities disproportionately impacted by the war on drugs. As recently implemented state laws, there is insufficient data regarding which policies are the most effective in achieving the goals of inclusivity and reinvestment and this needs to be studied. However, even without this data, states that are on the cusp of implementing a legal marijuana industry should embrace inclusivity and reinvestment measures from the outset. Once a regulatory system is established, generating the political momentum to implement these measures can be a challenge. Business interests with political influence and community presence may resist the increased administrative responsibilities and costs associated with these policy interventions. Resistance and incomplete data should not be allowed to perpetuate the disproportionate concentration of economic benefit from the legal marijuana industry or the lingering effects of the unjust war on drugs. Every state that has or will liberalize their marijuana laws needs to escape from the shadow of discriminatory drug policies and work towards social justice and inclusion.

Mathew Swinburne J.D., is the Associate Director at the Network for Public Health Law-Eastern Region and an Adjunct Professor at the University of Maryland, College Park, School of Public Health.

Kathleen Hoke, J.D., is a Law School Professor at the University of Maryland Carey School of Law and Director of the Network for Public Health Law-Eastern Region.