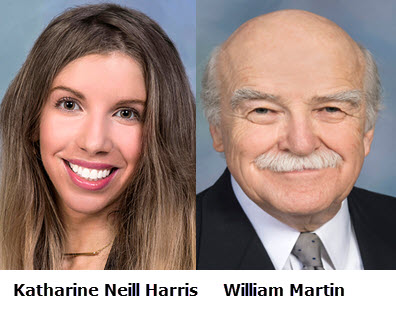 Marijuana is one of the most-used psychoactive substances in the United States, second only to alcohol in popularity. An estimated 45 percent of the adult population have now tried it in their lifetime. Public support for legalization has surged. A September 2019 Pew Research poll found that 91 percent of adults approve of legalizing cannabis for medical use, and 59 percent of this group say it should be legal for general adult use as well.

Marijuana policy is slowly but steadily catching up to American preferences. Since 1996, 35 states have loosened cannabis laws. The majority of the U.S. population lives in a state with legalized medical access and a growing plurality live in a state where it is legal for adult use. In November 2020, cannabis legalization measures were approved in all states that had them, including Mississippi (for medical purposes); Arizona, New Jersey, and Montana (for general adult use); and South Dakota (for both).

Despite being widely available and highly tolerated, if not enthusiastically endorsed, marijuana remains an integral feature of the larger War on Drugs. More people are arrested for cannabis possession than any other offense in the United States. There were over 1.6 million drug arrests in 2018; 43 percent were marijuana related. Ninety-two percent of these marijuana arrests were for possession.

Marijuana law enforcement has always disproportionately impacted people of color, a pattern that continues despite reform. Minorities are also less likely to benefit from the financial opportunities and legal access promised by legalization. Structural resistance to change and logistical hurdles to developing and implementing new regulatory structures are part of the problem. But at a basic level, these inequities persist because of the failure to center reform around racial justice.

A supposed benefit of policy change, racial justice has too often been eclipsed by arguments touting the economic and personal liberty gains of legalization. Until recently, the expectation that legalization will improve racial equity has been treated as a foregone conclusion, one requiring no additional action beyond legalization itself. We now know, and should have always known, that this is not the case.

Cannabis legalization alone cannot erase the racist legacy of prohibition. Many additional measures are needed to dismantle this system. Expungements for past convictions should be automatic. Penalties for remaining law violations in legal states, such as underage or public use, should be drastically reduced or eliminated and should not include collateral consequences like state supervision. Medical legalization measures should decriminalize simple possession.

Newly created medical and adult-use programs must incorporate social equity measures from the outset. In addition to giving priority licenses to social equity applicants, states should provide assistance with the licensing process, lower the financial barrier to entry, and fund programs that offer mentorship and training in the industry. States and localities should commit to investing a sizable portion of industry tax revenue in communities impacted by the drug war. Localities should seek residents' input regarding how these funds are spent. Data collection, transparency in the licensing process, and fiscal accountability are critical to ensuring these measures are effective.

States and localities should be doing all they can to implement cannabis reform in an equitable manner, but, ultimately, we need national leadership. The federal government started the war on marijuana, and it must be the one to end it. It is the only entity that can remove cannabis from the list of Schedule I controlled substances, allow more scientific research, and give banks legal cover to provide cannabisrelated business loans. When the federal government eventually enacts marijuana reform, we hope it will do so with social justice and racial equity as primary goals and that this victory will mark the beginning of an end to the War on Drugs.