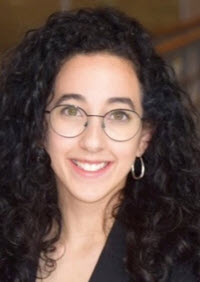 Harvest of New Jersey, LLC (“Harvest”) was only one of 146 applicants to submit a timely application to operate a medical cannabis alternative treatment center (“ATC”) in New Jersey in 2018. Pursuant to the New Jersey Department of Health (“DOH”) Request for Applications (“RFA”), DOH's application readers score each application based on the points assigned to the criteria set forth in the RFA, awarding a maximum of 1000 points per application. Notwithstanding the fact that Harvest received a composite score of 911.1667, DOH denied Harvest's application to operate a medical cannabis ATC in New Jersey's southern region. DOH's scoring sheets show that for four separate criteria, Harvest received the highest possible score from several application readers and a zero in that same category from other readers.

Surprisingly, the four criteria that yielded inconsistent score ranges were categorical, namely, collective bargaining agreements, certifications or designations establishing the business as woman or minority owned, the provision of certified financial statements, and a record of past business taxes paid to federal state and local governments. Thus, Harvest appealed DOH's denial of its application for review from the Appellate Division, requesting that DOH stay the final agency decisions issued to the six applicants selected to proceed with the ATC licensing process under the RFA. In doing so, Harvest argued that “[t]he fact that Harvest could receive both the highest score and no score at all in those same categories from different evaluators is indicative of a process that is at a minimum capable of abuse and misapplication, arbitrary and capricious in practice and at worst, demonstrative of gross abuse of discretion in its utilization.” Yet, DOH denied Harvest's stay application.

Unfortunately, Harvest is not the only ATC applicant in New Jersey to experience scoring disparities. For example, a court put a hold on the review of ATC licenses after denied ATC applicants sued DOH arguing that DOH wrongfully evaluated its application pursuant to the June 2019 RFA. However, staying the review of ATC applications delays the ATC licensing process, leaving patients with limited ATC services, medical cannabis shortages, long lines at ATCs, and unreasonably long commutes to dispensaries.

Evidently, New Jersey's ATC licensing process is susceptible to scoring discrepancies. The issue is whether the scoring discrepancies in the ATC license process result from DOH's application reader's bias. This note will demonstrate that DOH-- the state agency that reviews ATC license applications-- is unlikely to be biased because DOH never acted arbitrarily, capriciously, or unreasonably in awarding ATC licenses. However, New Jersey should adopt an appeal system similar to that of Missouri, which allows applicants to appeal adverse decisions from DOH without resorting to litigation.

New Jersey cannabis law is dynamic. In the weeks leading up to this note's publication, the June 2019 RFA was released from its stay and DOH was permitted to resume scoring applications and New Jersey legalized the cannabis for adult use. Thus, this note serves as a road map for licensing ATCs under the new adult use legislation in New Jersey, or for other states that have yet to enact a comprehensive medical cannabis program.

Before 1910, the word “marijuana” did not exist in American culture. Instead, “cannabis” was used, generally to reference medicine. Between 1910 and 1920, over 890,000 people legally immigrated from Mexico, some who smoked cannabis recreationally, a form of consumption that was not conceptualized in the U.S. until their arrival. After the Great Depression struck the U.S., Americans looked to place the blame on marginalized groups, such as immigrants. White Americans began to associate cannabis with the Mexican immigrants and Black people that smoked it, treating cannabis as a substance used to corrupt the minds and bodies of “low-class individuals.” Before cannabis became federally criminalized through The Marihuana Tax Act of 1937, twenty nine states prohibited cannabis, referring to it as “marijuana” in doing so. Massachusetts was the first state to require a prescription for the sale of “Indian hemp” in 1911. Notably, California, Maine, Wyoming, and Indiana were the first states to ban “marijuana” in 1913.

Harry Anslinger, the first director of the Federal Bureau of Narcotics, individually played a large role in stigmatizing cannabis. Using film, Anslinger launched a vigilant campaign against cannabis to spread messages that racialized cannabis for white audiences. For example, Anslinger stated that “[r]eefer makes darkies think they're as good as white men ... the primary reason to outlaw marijuana is its effect on the degenerate races.” Notably, scholars argued that the culmination of Harry Anslinger's efforts catalyzed the 1937 federal prohibition on the use of cannabis and individual state prohibitions.

The ultimate conclusion is that DOH is not biased. Any scoring errors were likely a result of human error, and not the application reader's bias. However, to avoid litigation in respect to ATC license scoring bias, DOH should hire an independent third-party to score the applications. Thereafter, DOH should compare its scores to the independent third-parties to ensure that the scores were reasonably close. New Jersey- and other states- should adopt an appeal process similar to Missouri's, where denied applicants appeal to an independent agency rather than directly to the Appellate Division. By making the aforesaid changes, states can ensure that cannabis is widely available to those who want and need it.