Diversifying the Law Through an All-Minority Bench

Our minorities alone are in a position to know what the fathers of our democracy were talking about.

Balance: verb. To equalize in number, force, or effect; to bring into proportion. 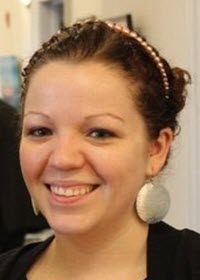 In his confirmation hearing before the Senate, now Chief Justice Roberts famously analogized the job of a Supreme Court Justice to an umpire who calls "balls and strikes." Conversely, Justice Sotomayor spent much of her confirmation hearing having to defend a lecture she gave several years earlier discussing how she brought her "wise Latina" perspective into her judging. Both examples reflect the common belief that judges are, or should be, "neutral" when they interpret laws. What this common belief masks is that neutrality is a myth. Judges are human and, as cognitive learning theory demonstrates, humans learn and make decisions based on previously acquired knowledge, learned from their unique life experiences. Empathy will fill many of the gaps between the lived-experiences of the judge and those of the parties before her, but it can only go so far. In order to empathize with a party's lived experience, a judge must first recognize that the party's lived experience differs from her own. Even the most empathetic judge will not be able to identify with an individual if she does not recognize that differences exist.

Now imagine, instead, a Supreme Court consisting entirely of lesbian and bisexual women of color. Putting aside any questions of political feasibility or issues related to their appointment or confirmation, we can assume for these purposes that all of these justices are well qualified, have been vetted, and were appointed and confirmed according to constitutional requirements. Would this compilation of the Court present any problems? For whom? And why? After all, justices are supposed to be neutral arbiters. These nine highly qualified justices would fulfill their duty and oath to uphold the Constitution, and in so doing, would merely apply the facts of the case before them to the law.

The trouble with this system--or perhaps the beauty of it, depending on one's perspective--is that judges and justices are human. Each justice's lived experience will color her perspective and the way she views the facts of every case. She cannot divorce her worldview from her judgments. Empathy can help a justice to understand the difference between her own lived experiences and those of the parties before her, but will only bridge certain gaps. Where neither the justice nor the parties before her recognize or see the difference in their respective lived experiences, empathy will not help a justice see the limits of her own worldview. Empathy cannot bridge a gap neither party knows exists.

Turning back to the imagined Court with nine lesbian and bisexual women justices of color, now imagine a white, straight man whose case is before this Court. Imagine that he has no doubts as to their qualifications, and has great respect for the justices. He knows that each Justice has taken an oath to uphold that Constitution, and he trusts that they will do so in good faith. He has every reason to believe that these Justices are free from outside influences, and that they have no stake in the outcome of the case beyond their sense of duty to get it right. Still, he is uncomfortable. He worries that these Justices--nine lesbian and bisexual women of color, wearing black robes and sitting all in a row--have nothing in common with him. He worries they may not be able to see his perspective or understand his worldview. These Justices, he fears, may not have experienced, or even be able to imagine or empathize with, the circumstances in his case or leading up to it. Compounding this white, straight man's worries is the fact that the opposing party in his case is also a lesbian woman of color. So, he thinks, not only will these Justices struggle to identify with his perspective, not only will they have trouble imagining his experiences leading up to his case, but they also will easily identify with his opponent. They will have no trouble, he fears, understanding the perspective and experiences of his opposing party.

Given the demography of the Supreme Court throughout its history, straight, white men have decided nearly every case, and answered nearly every constitutional question in our nation's history. White, straight men, almost exclusively, have created the precedent to which our current and future justices owe deference. Because of the nature of stare decisis, as well as the demography of the legislatures and the lower courts, combined with the importance one's own lived experience plays in her decision-making and ability to empathize, the Court should not aim to ensure neutrality from each individual justice--which is impossibly untenable--but rather to achieve a genuine and enduring balance of perspectives among the collective justices. This Note imagines a fundamental shift in the demography of the Bench from one extreme to the other--a Supreme Court consisting entirely of justices belonging to racial, gender, and sexual minorities. A dramatic, polar shift initially may be the best way to make up for the unimaginably disparate minority representation on the Highest Court. Perhaps once the Court shifts to consist of nine minority Justices, it will eventually achieve a balance such that it adequately represents the varying perspectives of the populace. Once this shift achieves a balance of perspectives, the demography of the Court can then partially shift back, such that the demography of the Supreme Court mirrors that of the populace.