Will the Jury System Survive The Peña-Rodriguez Exception to Rule 606(b)?: The Court's Response to Racial Discrimination by a Juror Leaves the Future of the American Jury Trial System in Jeopardy

excerpted from: Taurus Myhand, Will the Jury System Survive The Peña-Rodriguez Exception to Rule 606(b)?: The Court's Response to Racial Discrimination by a Juror Leaves the Future of the American Jury Trial System in Jeopardy, 23 Texas Journal on Civil Liberties & Civil Rights 103 (Spring, 2018) (Student Note) (175 Footnotes) (Full Document) 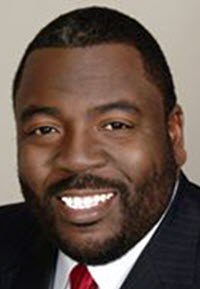 The jury room has been closely guarded as a “sacred” space throughout the history of the United States. The secretive nature of jury deliberations helps to ensure the jury functions properly in rendering a verdict. The protection extended to jury deliberations is important to promoting finality in cases, while also deterring frivolous attempts at undermining a verdict rendered by ordinary persons with no interest in a case. Additionally, the protection was designed to encourage free discussions during jury deliberations while preventing the harassment of jurors regarding those discussions. It has long been considered more suitable to lose important evidence than to interfere with a “confidential communication” that is so valuable to our legal system. Accordingly, jurors have generally not been allowed to testify to prove misconduct that occurred during jury deliberations “to impeach the verdict, particularly as to a juror's subjective decision-making process, motives, or intra-jury influences on the jury during its deliberative process.”

In March 2017, the Supreme Court changed course from centuries of jurisprudence and superseded the Federal Rules of Evidence with a new exception to Rule 606(b) in the Court's decision in Peña-Rodriguez v. Colorado. Prior to Peña-Rodriguez, the only exceptions to Rule 606(b) allowed jurors to “testify about: (A) ‘extraneous prejudicial information’ improperly brought to their attention, (B) ‘outside influences' improperly brought to bear on any juror, and (C) a mistake on the verdict form.” Notwithstanding the federal statutory rules, in Peña-Rodriguez, the Court held that when a “juror makes a clear statement that indicates the juror relied on racial stereotypes or animus to convict a criminal defendant,” the trial court may consider evidence of the juror's statement. There are legitimate arguments for wanting to curtail the no-impeachment rule, but those arguments are more appropriately made in the legislature. Moreover, it is not yet clear if the American jury system will survive the Court's efforts to “perfect” it.

While it is true that “racism has become more subtle and sophisticated,” racism is not cured by prying open the doors of the jury room. In fact, the parade of post-verdict jury investigations that will result from the new exception to Rule 606(b) risks the intentional filtering of discussions during jury deliberations causing the racism to be even more clandestine. Criminal defendants should not be nearly as concerned with the outspoken bigot that broadcasts hate as they should be concerned with the person who fails to recognize implicit racial biases that impact their decisions and highlights the individual's lack of intercultural competence.

Part I of this Note explores the history of the no-impeachment rule as well as the codification of the rule in Rule 606(b). This Note examines some of the Court's jurisprudence that involved racial discrimination in the context of how a jury operates.

Part II of this Note explores the Court's decision in Peña-Rodriguez and the new exception that is created.

The Peña-Rodriguez exception is discussed in consideration of how it will affect the future of the American jury system in Part III.

This Note concludes with a discussion of how the Court's decision creates many possible outcomes that will prove dangerous to the survival of the American jury trial system.

“No verdict would be safe.” Those words are as true today as they were in McDonald. The Court's creation of a new exception to Rule 606(b) poses a real threat to the survival of the American jury system. The risk is too great, especially considering that the new policy has little to no chance at accomplishing the goal of curing the effects of racial animus. This Note does not attempt to ignore the damaging effects of discrimination in the American legal system; however, prying open the door to jury deliberations is not the answer. The new exception does little toward achieving the goal of dealing with implicit biases of jurors that may impact jury verdicts.

Moreover, the Tanner safeguards provide an effective tool for dealing with issues related to jurors. Indeed, the safeguards were more than sufficient to ensure the adequate protection of the defendant's Sixth Amendment rights in Peña-Rodriguez. First, the defendant had every opportunity to question Juror H.C. regarding any racial bias during voir dire. The defendant's failure to question H.C. regarding the defendant's race, national origin, or immigration status during voir dire effectively waived any claim for such bias as well as undermines the Court's reasoning that an exception is necessary. Second, the jurors, including H.C., were observed throughout the course of the trial by the court, the court's staff, and the attorneys. The likelihood that an individual who harbored such extreme racial bias toward the defendant waited until jury deliberations before making any statements or expressions that indicated his racial bias is close to naught. Third, H.C. was observed by the other jurors, making it even more probable that H.C. made some observable statement or expression before jury deliberations began. Finally, the Court's decision would not offend the no-impeachment rule, if the evidence offered was from a source other than a juror. The constitutional protections extended by the Sixth Amendment were not designed to usurp the long-standing no-impeachment rule.