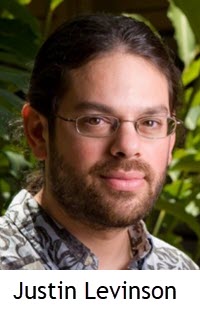 The Robbery: 11:00 p.m., December 18, 2008. The owner of the Quick Stop Mini Mart has just closed the store for the evening when two armed men barge in. One of the men points a gun at the owner while the other walks behind the counter to the cash register. The men take the money from the register and escape with $550 in cash.

The Security Camera: A Mini Mart security camera captures the robbery in progress, generating a clear photo of one of the masked perpetrators. The perpetrator's face is totally hidden by the mask, but the camera loosely captures his body type and his short sleeved shirt reveals his dark skin tone.

The Arrest and Trial: A suspect is arrested and goes on trial for the robbery. Evidence presented at trial includes the following: the defendant was a youth Golden Gloves boxing champ in 2006, the defendant purchased an untraceable handgun three weeks before the robbery, the defendant is a member of an anti-violence organization, and the defendant had a used movie ticket stub for a show that started 20 minutes before the crime occurred. 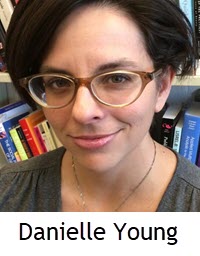 Before scholars discovered the link between social science research on implicit racial bias and legal theory, the notion that people act automatically and unintentionally in racially biased ways was entirely outside the scope of legal discourse. Since this meaningful interdisciplinary breakthrough, many commentators and judges have come to accept the changing reality of racial discrimination--discrimination that has largely shifted from overt and intentional to covert and unintentional. Despite this scholarly progress, evidenced largely by commentators' willingness to consider the implications of complex scientific evidence as a possible pathway to legal reform, the dearth of empirical studies testing implicit bias within the legal system is surprising. In an effort to begin filling the empirical research gap, this Article proposes and tests a new hypothesis called Biased Evidence Hypothesis. Biased Evidence Hypothesis posits that when racial stereotypes are activated, jurors automatically and unintentionally evaluate ambiguous trial evidence in racially biased ways. Because racial stereotypes in the legal context often involve stereotypes of African-Americans and other minority group members as aggressive criminals, Biased Evidence Hypothesis, if confirmed, could help explain the continued racial disparities that plague the American criminal justice system.

Social science research, and in particular, social cognition research on the phenomenon of “priming” demonstrates that even the simplest of racial cues introduced into a trial might automatically and unintentionally evoke racial stereotypes, thus affecting the way jurors evaluate evidence. To examine this possibility (considered in the context of the armed robbery case outlined at the beginning of this Article), we designed an empirical study that tested how mock-jurors judge trial evidence. As part of an “evidence slideshow,” we showed half of the study participants a security camera photo of a dark-skinned perpetrator and the other half of the participants an otherwise identical photo of a lighter-skinned perpetrator. The results of the study supported Biased Evidence Hypothesis and indicated that participants who saw a photo of a dark-skinned perpetrator judged subsequent evidence as more supportive of a guilty verdict compared to participants who saw a photo of a lighter-skinned perpetrator.

This Article examines how exposing jurors to simple racial cues can trigger stereotypes and affect how they evaluate evidence in subtle but harmful ways. The Article is organized as follows.

Section III sets the stage for our empirical study by explaining the scientific underpinnings of Biased Evidence Hypothesis. Social cognition research, particularly on the phenomena of priming, has demonstrated that the human mind responds quickly and automatically to racially stereotypic information, and that these automatic cognitive responses can have harmful effects on decision-making.

Section VI concludes by proposing a research agenda for continued interdisciplinary investigation on implicit bias in the law.

Department of Psychology, University of Hawai'i at Mnoa.