When the Apocalypse Comes, Will Anything Change?: Gay Marriage, Black Lives Matter, and the Rule of Law

No, it's the same as it ever was: the weak get taken.--Guillermo 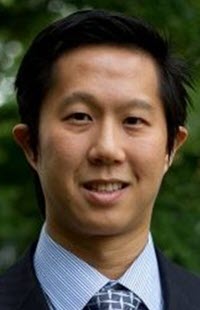 Most conceptions of life after the apocalypse, be it nuclear, zombie, natural disaster, or otherwise, are dominated by a single image: lawlessness. After society collapses, the rule of law ceases to function. Whether one person owns a particular house no longer depends on clean title, the statute of frauds, nor whether the person's adverse possession was “open and notorious.” It depends mostly on whether that person has enough guns to keep everyone else (or everything else) out. To be more precise, after civilization falls, a person's individual rights will be limited to those rights one can enforce with force, and those rights others are willing to respect voluntarily. Beyond statutory law, common law, or even “natural law,” this is a law of nature. Although the laws of nature will become more obvious after the apocalypse, they are as true today as they will be when civilization falls.

Under the laws of nature, rights and laws matter only to the extent they are enforced. People scavenging for food in empty supermarkets will rarely pause to ask whether the corporation that owns the store has abandoned its property interests in the Twinkies on the shelves. Rather, they will simply take what they want, ignoring niceties like shoplifting laws or words like “felony burglary” that currently have great meaning. Similarly, desperate men and women who encounter others with useful goods will often try to take them by force. When one person is willing to kill another for that person's possessions, the true owner of those goods depends not on who invested personal labor to create the goods, or who captured the goods from the wild, but on who is stronger.

Even when zombies walk the earth, however, most people will not simply shoot everyone they see. For example, even the most ruthless woman might hesitate to take a gun belonging to another, particularly if that gun is loaded and pointed at her. Others will voluntarily respect the rights of others, believing that it is wrong to take from others even if it would be convenient for themselves. Finally, people will often decide that they will be better off working together, even if the terms of working together are not as fun or fair as they would like. These principles of the laws of nature (force, voluntary respect, and communality) help us understand the character of the rule of law today.

First, with respect to the vaunted rule of law, consider a few United States Supreme Court cases: Bush v. Gore, King v. Burwell, Obergefell v. Hodges, Ledbetter v. Goodyear Tire & Rubber Company, and Korematsu v. United States. Almost all readers familiar with these cases can point to at least one case they believe was not only wrongly decided, but one in which they believe the majority opinion flouted the rules of statutory and constitutional interpretation the Justices of the Court have sworn to uphold. Although the decisions in many ways flout the rule of law, they are obeyed as law, even by most of those who disagree with them.

Why do almost all of us obey and follow laws we think were enacted or enforced in contravention of the law? One can speak of the legitimacy of the process used in creating the laws, or faith in the democratic process to correct major errors. Ultimately, however, the answer comes down to the fact that, for most of us, the costs of resisting laws we find illegitimate are simply higher than the costs of cooperating with what most accept is the law. For example, the Affordable Care Act (ACA), colloquially known as Obamacare, requires most large employers to offer health insurance to their full-time employees. Although some employers have attempted to reduce their obligations under the ACA by reclassifying employees as part-time, it appears that few, if any, major employers are choosing to ignore the law completely. Given the uproar of people who claim that the ACA is unconstitutional, it is unlikely that this massive compliance can be explained because everyone believes that the ACA is legitimate. Rather, they follow the law because a majority of the Court has ruled that the ACA is constitutional, and employers are generally quite certain that, right or wrong, the government would impose large penalties upon those refusing to obey the law. Moreover, they know that the relevant government agents and banks would cooperate in collecting those penalties as well. As a result of this national consensus that rulings by a majority of the Court will be followed, a consensus of five people dressed in rather simple robes largely have the power to impose whatever law they choose. As such, the laws of our entire country can be, and sometimes are, determined by a tyranny of five.

At the same time, however, today, just like after the apocalypse, people sometimes refuse to obey the rules most of us choose to follow. Whether the rules people flaunt have any meaning depends on whether, and to what extent, they are enforced. For example, Brown v. Board of Education declared school segregation unconstitutional. Nonetheless, many schools remained segregated for years after 1954, because state and local governments, as well as common citizens, resisted, often with violent force. Indeed, it was not until 1963 that the first African-American students enrolled in previously “white” Alabama schools, and only after federal authorities called in armed soldiers to face down the state patrolmen and angry civilians who aggressively enforced segregation. Although African Americans had a right to a desegregated education under the Constitution, they did not have that right in any practical sense until those rights were enforced by government might.

In Part II of this Article, I explain the nature of laws and governance after the apocalypse.

In Part III, I argue that the laws of nature are fundamental to our society and, indeed, have been recognized in our courts and society today.

Lastly, in Part IV, I explore two important timely issues, same-sex marriage and the Black Lives Matter movement, in light of the laws of nature.

Analyzing the nature of rights and laws in the post-apocalypse reveals a number of principles:

1. Rights are meaningless if others have the power to deny those rights and are willing to do so.

2. Rights that people take are real as long as others are not able or willing to stop them.

3. People will obey illegitimate decisions and authority if the cost of not following them is greater than the cost of obeying.
. . .

There are innumerable examples of situations in which the laws of nature take precedence over the laws of man.

The Fourth and Fifth Amendments to the Constitution provide all Americans with the right not to be shot by police when they do not pose an actual threat. As recent events have shown, however, this right is not always enforced for all Americans. In particular, supporters of the Black Lives Matter movement believe there are systemic problems that have led to unjustifiable police shootings of African-American men. A person's right not to be killed is meaningful only if it can be enforced.

Under the laws of nature, there are three general ways the right not to be killed by police can be made a reality. First, after the apocalypse, the best strategy for people who want to enforce their right not to be killed will usually be to carry a gun and to shoot the other person first. This, of course, would be an incredibly bad strategy for African-American men who are worried about police violence today. Although carrying a weapon could allow someone to protect themselves against an individual police officer, carrying and using a gun against an officer would dramatically increase the number of police who might be willing to use deadly force against that person. Hence, because African-American men cannot realistically enforce their rights with coercive force, neither individually nor as a group, they can only establish their right not to be killed through conduct that might convince the police to voluntarily act affirmatively to avoid killing them.

Second, the most effective strategy for individuals to enforce their right not to be killed may be to sacrifice some of their other rights. For example, some individuals might decrease their odds of a deadly encounter with police by sacrificing their right of self-expression and cultural identity. Avoiding manners of dress that some police associate with criminal behavior unfairly forces individuals to conform to certain stereotypes, but can help avoid being targeted by police. Driving a more expensive car can similarly help avoid unwanted police attention, as long as the car is not more expensive than police would expect to see. Being more deferential and cooperative with police, especially when the officer is displaying racial bias towards the individual, can help ensure that a constitutionally unfair police encounter does not escalate to police violence.

These strategies for enforcing the right not to be killed by police are patently unfair and likely offensive to many who believe they should not be forced to organize their entire lives to avoid unjust stereotypes and behave deferentially or even subserviently to those who treat them unfairly. Moreover, these strategies do not always work perfectly. For example, in July of 2009, a white police officer arrested Henry Louis Gates, an African-American man, for disorderly conduct after the officer challenged Gates for trying to enter his own home. Gates, a fifty-eight-year-old professor at Harvard University with degrees from both Yale and Cambridge, was returning home from a business trip to China. He likely excelled at the strategy of avoiding negative police stereotypes, but was still treated unfairly by police. Nonetheless, by not resisting a patently unfair arrest, Gates survived this encounter with his physical life and body intact.

Finally, as explained above, under the laws of nature, the only way for people who lack the coercive power to enforce their rights is to convince others to voluntarily respect their rights. Where some might be able to avoid unwanted police attention as individuals, by acting deferentially in the face of discrimination, conscious activism can also help encourage police to voluntarily adopt better practices towards people as a whole. The first step towards this is forcing police to recognize that there is a problem they might want to solve. As we have seen in recent years, video recordings of police violence can help convince many would-be doubters that sometimes the fault in fatal encounters does lie with police. Peaceful protests can help ensure that policymakers cannot ignore the problem and encourage them to look for solutions. Convincing policy makers to adopt best practices, like dashboard cameras and police worn body-cameras, can help ensure that both police who misbehave are disciplined and police who serve well are not subjected to baseless accusations. Those who lack the coercive power to stop police violence can only effect change by convincing police leaders to effect change. If the existing leaders cannot be convinced, voting to replace those policy makers might be the only other solution.

Today, like after the apocalypse, some people often benefit from more rights than they are entitled to, while others are promised more rights than they receive. This is inevitable under the laws of nature because the rights a person benefits from are nothing more or less than those they can enforce and those others are willing to respect. Accepting this brutal truth can help us understand what we need to do to ensure that all members of our society benefit from the rule of law on which we pride ourselves. After the apocalypse, the strong and brutal survive while “the weak get taken.” Hopefully, by recognizing the laws of nature, we can ensure that the same is not true today.