“Black Lives Matter” as a Claim of Fundamental Law 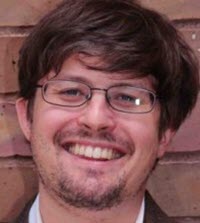 A few years ago, I lived in Brooklyn. Whenever I went to the grocery store, I would pass by the intersection of Fulton Street and Marcy Avenue, in the Bedford-Stuyvesant neighborhood. At the northeast corner, along Marcy Avenue, there was a large, breathtaking mural featuring the Preamble to the Constitution. Though the mural is no longer there, I can still see it plainly in my mind's eye. Next to this ornate calligraphy of the Preamble are three figures, looking out proudly at the passers-by with the Pan-African flag flowing behind them. One is Thurgood Marshall, who led the NAACP's legal effort to topple racial segregation and served as the nation's first Black Supreme Court Justice. To Justice Marshall's left, in a pin-striped suit, is Paul Robeson, an entertainer and activist who protested apartheid in the American South and in South Africa and was blacklisted for his socialist views. Closest to the Preamble is another black-robed figure, Judge Bruce Wright, whom I had never heard of before this mural seized my attention.

Atop the mural is a signature in white that reads “NY Justice Corps 2009,” a group that provides opportunities to young people released from prison. One component of this program is community service, which includes creating neighborhood murals such as this one. Just one block to the east along Tompkins Avenue, there is a similar mural that honors a train of deceased cultural icons, from Redd Foxx to the Notorious B.I.G. It is easy to imagine why a young adult might choose to depict these heroes as pillars of black culture and a testament to its impact on our nation. But one might wonder why this artist--whose life prospects will likely be forever burdened by the weighty racial disparities of the American criminal justice system--chose instead to celebrate the Constitution as a symbol of self-empowerment and a source of self-respect.

After the lofty language of the Preamble, Article I of the original Constitution apportioned Representatives according to “the whole number of free persons” and three-fifths of all “other persons”--the chattel slaves at the base of the South's social and economic structures. Ta-Nehesi Coates evocatively traces the roots of mass incarceration to Article IV's original requirement that fugitive “[p]erson[s] held to Service or Labour” be rendered to slave states, so that “[b]lack criminality is literally written into the American Constitution.” Even after emancipation under the Thirteenth Amendment, the Constitution appeared to remain compatible with a system of racial apartheid for almost a century. And even with the gains of the Civil Rights Revolution, the constitutional text itself has not stemmed the tide of America's continuing legacy of White Supremacy. The artist might well have wondered whether black citizens have ever been fully included in those three colossal words, “We the People.” Around the same time I frequented this particular corner of Bed-Stuy, the country was roiled by a series of events that sparked protest in communities across the country. On November 25, 2014, a grand jury in Ferguson, Missouri declined to indict Officer Darren Wilson for the murder of Michael Brown, finding that there was insufficient evidence to question Wilson's testimony that he acted in self-defense. A later investigation by the Department of Justice would corroborate this finding, but it illuminated the context that generated such outrage, a pervasive pattern of egregiously discriminatory policing. The following week, a Staten Island grand jury similarly refused to indict an officer for killing Eric Garner, despite a video recording of the breath leaving Garner's body as Officer Pantaleo held him by the neck and four other officers pinned him to the ground. Ongoing demonstrations in Ferguson erupted in a wave of protest across the country, capturing a moment in the national consciousness with a simple, arresting phrase: “Black Lives Matter.” Since then, we have uncovered the callous violence that killed Freddie Gray. We have witnessed the senseless murders of Walter Scott in North Charleston and Ronald Johnson in Chicago, burned into our public consciousness and etched into the permanent memory of the internet. We have engaged in a robust public debate about the lingering cancer of White Supremacy in our criminal justice system, mediated by this central claim that Black Lives--their lives--Matter.

These three resonant words do more than express indignation at the refusal to indict two police officers. They insist that we value a black person's life the same as any other human life. They demand recognition of the difference in black lives, in the lived experience of structural discrimination and subordination. Pregnant in these three plaintive words--in their very need to be uttered--is the implication that our institutions do not treat black lives as though they matter equally. They bespeak the profound alienation of Black citizens from the criminal justice system. They underline its injustices. And, I want to suggest, these words and others like them can also be understood as claims on the Constitution. In this paper, I argue that we should understand #BlackLivesMatter as a claim on the Constitution--a very special kind of constitutional claim, on the Constitution as fundamental law. It is a paradigmatic contemporary example of this category of constitutional law for citizens, one that reaches back past the roots of the American Revolution and underlies the logic of popular sovereignty at the core of our system. Section I develops a conceptual sketch of fundamental law and its features. Section II then turns to the content of “Black Lives Matter” as a constitutional principle. Section III explains why this principle matches the features of fundamental law and why it matters-- developing the idea of the “constitutional bases of respect” and exploring the consequences of “Black Lives Matter” as a mediating principle in several areas of constitutional doctrine.

But first, back to the mural for a moment. If we can understand “Black Lives Matter” as a claim of fundamental law--whereby Black citizens claim the Constitution for themselves--then we can solve the puzzle of the mural's subject matter: why a formerly-incarcerated artist might celebrate the U.S. Constitution and the luminaries of Black constitutional thought who have shaped its meaning. This is not so puzzling after all: the Constitution depicted in the mural does not countenance the lingering institutions of White Supremacy. It is, instead, the Constitution as claimed by Black citizens-- interpreted through a process of radical self-inclusion, dedicated to the Reconstruction of our polity. This interpretive approach, what I will call emancipatory protestantism, follows a trail first blazed by Frederick Douglass in effort to claim the Constitution and imbue it with justice.

The mural tells the story of successive interpreters who carried on Douglass's emancipatory protestantism, participating in a robust tradition of Black constitutional thought. The interpretive claims that have flourished in this tradition are at once radical and firmly grounded in the document's deepest aspirations of justice and inclusion. Together, these protestant claims form a rich tapestry, woven across the generations. And in advancing these claims, the artists of the mural and fellow citizen interpreters thereby claim the Constitution as their own. #BlackLivesMatter is only the latest such claim, and understanding it as a claim of fundamental law illustrates why that category of constitutional law for citizens is so vital.

Members of the Black Lives Matter movement might understandably wish to turn their backs to constitutional discourse. But, if my arguments are correct, they provide reasons not to simply reject the Constitution as composed of wrong-headed, judge-made law. The fundamental law of the Constitution belongs to its citizens, and by invoking its principles, they perform an act of radical self-inclusion. Our Constitution--the Constitution of today, rather than the document of 1789--was forged on the battlefields of the Civil War as much as a convention hall in Philadelphia. It is the precipitate of an ongoing project whereby citizens imbue the principles of their fundamental law with their conception of justice, and that Constitution is capacious enough to take aim at the structures of White Supremacy.

In City of Los Angeles v. Lyons, a black citizen sued the city of Los Angeles and certain police officials after having been put in a chokehold during a traffic stop. (This same maneuver, which is now officially banned in most jurisdictions, caused the death of Eric Garner). After demonstrating a policy to routinely wield this technique in a way that brought significant harm, Lyons received several forms of relief from the lower courts. But the Supreme Court struck down the injunction that Lyons sought--an order forbidding police from using chokeholds in the future. A divided Court held that Lyons lacked standing for that particular remedy, because it was “no more than speculation to assert either that Lyons himself will again be involved in one of those unfortunate instances, or that he will be arrested in the future and provoke the use of a chokehold by resisting arrest, attempting to escape, or threatening deadly force or serious bodily injury.” But thirty years later and with clearer eyes, I believe we can see that the plaintiff and a similarly situated class of black citizens really are more likely to be put in a chokehold. And the arguments of the “Black Lives Matter” movement, if we accept them, explain why: a recognition of difference, a legacy of subordination, and emancipatory protestantism on the part of the plaintiff challenging these constitutional injustices.

Most importantly, however, is the principle that “Black Lives Matter” should figure into the merits of all these cases, and more. It should be articulated and addressed in the deliberations of juries, the opinions of judges, and the hearts and minds of the citizenry. Together, as a people, we should take seriously the principle's core components--its recognition of difference and a legacy of subordination, its promise of emancipatory protestantism. Not everyone will agree (much less take comfort) in what the claim that “Black Lives Matter” connotes. But we should all note that it strikes at the core of our Constitution.