The More We Fight, the More We Win: Movement Lawyering in the Era of #Blacklivesmatter 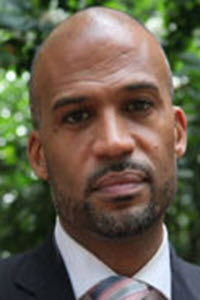 I work for the American Civil Liberties Union of Massachusetts (ACLU) in Boston, and my work focuses solely on issues of racial justice, so you can imagine that's a very specific and very narrow thing.

It isn't though--because racial justice reflects on issues of police brutality, police killings, police murders committed against, specifically, Black people in our state. It reflects on the national security state, in which the National Security Agency (NSA) is collecting wholesale information on every citizen and non-citizen. It reflects on what the federal and state government is doing in terms of immigration, in terms of the Deferred Action for Childhood Arrivals Program (DACA), and in terms of Muslim bans one, two, and three.

But let us zoom out and go back a little bit in time to talk about the system we're living in, in both the United States and in the world. We need to understand the bigger picture, to gain a core understanding of what we're fighting for and what we're fighting against. I was interviewed about a year ago and someone asked me, “What is Black Lives Matter fighting for? We don't understand; it's just a slogan or a bumper sticker. What are they fighting for?” And I go, “Well, there's about a hundred-page document that was written called the Vision for Black Lives. It's incredibly detailed and about fifty organizations wrote it, so you could read that, or I could give you the short answer.” The person said, “Well, what's the short answer?”

It's fair, to me, to look at how many words are devoted to each issue and value that portion at how important the drafters thought it was. In doing that, you'll find that about 380 to 400 of the 4400 words, depending on how you count, are about owning Black people and about protecting the rights of owning Black people. There are also words about the representation of Black people--not in terms of rights, but that Black people count as three-fifths of a human being in terms of proportional representation. The Southern states argued, “We want more representation, so we want these things that we consider cattle to count.”

In that same part, in Article I, Section 2, Clause 3 of the Constitution, it also says how much Native folks count for. It's three-fifths for Black folks, and Native folks didn't count for anything. There are also parts of the Constitution that are unamendable for a period of years. You'd like to think that would be about democracy--this is the part that says we're not going to have a king, and that's important, and you can't change that. Or this is a part about how you have a right to vote, we're not going to change that. Senate, Congress, separation of powers--but it is not those things. The parts that were unamendable were the parts that created and held systems of slavery in place.

The comic book doesn't talk about that. The comic book says, “The United States Constitution is the most perfect document that was ever written in the history of all time.” And I think that speaks to something else. That speaks to a system that seemingly can't read, or wants to give us false information. If I took a highlighter and said “I want to highlight things that terrify me about this document,” there would be a lot of yellow.

If you look at historical documents, that wasn't the case. People didn't call Native people non-white, and the people who colonized this country and committed mass-genocide didn't say, “We're white, and they're not white, so we can kill them.” What did they say? They said, “We're Christians, and they're not Christians, so we can kill them, or convert them.” That, inevitably, created a problem because once they converted, you couldn't kill them. So now the colonizers needed a different reason to kill them, and that lead to this creation of the idea of whiteness. I believe that that idea has so deeply affected the history of the United States and our laws more so than any other idea. The ideas of democracy and the ideas of race, for good and for bad, are the two factors that have most effected the evolution of our laws, the evolution of our Constitution, and the Declaration of Independence more than any other ideas.

It was chattel slavery. It was Jim Crow. Today, it's the prison-industrial complex, mass incarceration, the War on Drugs, the school-to-prison pipeline, the treatment of undocumented people, and monitoring programs. Those are structures today that are much like the 380-some-odd words in the Constitution before. Because those words created and normalized the situation, it feels comfortable to us. People are still afraid to accept that. People are still afraid to say “white supremacy.” We're too afraid.

Presented at the Symposium on Perspectives on Racial Justice in the Era of #BlackLivesMatter, Western New England Law Review, October 20, 2017. Carl Williams is a Staff Attorney with the American Civil Liberties Union of Massachusetts, where he works on issues revolving around racial justice, along with organizing efforts on issues of war, immigrants' rights, LGBTQ rights, racial justice, and Palestinian self-determination.