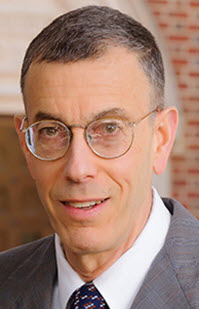 In Donald Trump's 2016 presidential campaign, the candidate promised to “make America great again” as a general proposition and pledged to “make the federal judiciary great again,” specifically by nominating and confirming federal judges who would: (1) possess ideologically conservative perspectives, especially regarding social policy issues respecting the “culture wars”; (2) defer to the President when the official exercises executive branch power; (3) narrowly interpret the United States Constitution and statutes that Congress passes; and (4) not legislate from the bench. Across President Trump's first 27 months, the chief executive implemented numerous actions that would effectuate his campaign promise. The White House nominated and confirmed myriad individuals who possessed these attributes and who have displayed those qualities once the United States Senate confirmed the individuals to the federal bench.

The President has incessantly reminded the American people about his enormous success in nominating and appointing jurists who exhibit these characteristics. He even campaigned on this issue during the 2018 midterm Senate elections, admonishing the electorate to vote for Republican upper chamber candidates because retaining a Grand Old Party (“GOP”) Senate majority was critical to continuing Trump's outsized success in nominating and confirming the particular types of circuit and district court members whom he had promised to appoint. Indeed, federal judicial selection may be the area in which President Trump has realized the most impressive success throughout his first 27 months in office, as many Trump supporters within and outside the government recognize. However, even some of the President's foremost detractors, including Democratic senators, acknowledge that this White House has enjoyed remarkable success when appointing circuit judges and has actually established records for appellate confirmations compared to other modern Presidents.

Nonetheless, Trump's attainments, primarily when nominating and confirming staunch conservatives to the federal appeals courts, have produced numerous crucial deleterious impacts. Most significant for the purposes of this Article, a troubling pattern that involved a striking dearth of minority nominees materialized comparatively rapidly. The White House has established a confirmation record through its appointment of 37 court of appeals jurists in President Trump's first 27 months and its considerable success in nominating candidates for empty circuit and district court positions. Despite these achievements, merely 9 out of 95 appellate court and district court appointees are ethnic minority judges, only 23 in 174 nominees are persons of color, and only 2 nominees constitute lesbian, gay, bisexual, transgender or queer (“LGBTQ”) individuals.

Moreover, in the seeming hurry to place stalwart conservative ideologues in the greatest number of appeals court vacancies, the Republican Executive Branch and Senate majority have undermined or deemphasized a number of critical, longstanding federal judicial selection rules and customs. Most significantly, the White House has failed to undertake assiduous, comprehensive consultation with home state senators before tendering nominations and throughout the confirmation process. More specifically, President Trump selected two appellate court and four district court nominees whom the American Bar Association (“ABA”) Standing Committee on the Federal Judiciary evaluated and assigned “not qualified” ratings. The GOP Senate majority, in the apparent haste to rubberstamp confirmation of many conservative jurists, has concomitantly undercut numerous effective, longstanding rules and traditions. These strictures and customs govern the confirmation process and senatorial courtesy, particularly as manifested in the lack of respect accorded to the blue slips that protect home state senators' prerogatives in the nomination and confirmation processes for judges who will serve in their jurisdictions. The Republican White House and senators have essentially ignored ABA examinations and ratings throughout the nomination and confirmation processes. The practices identified might well have substantially reduced the number of accomplished, mainstream, and diverse candidates who received nomination and confirmation.

Even though it remains somewhat early in the tenure of President Trump's Administration, this evaluation ascertains that the rampant partisanship, systematic divisiveness, and nonstop paybacks, which have long attended the judicial nomination and confirmation processes, have continued their counterproductive downward spiral. Although it is comparatively early in the service of those judges whom the Trump Administration has confirmed, some jurists have already issued opinions that undercut the rights of ethnic minorities, women, and LGBTQ individuals or which make the judiciary seem equally partisan and politicized as the political branches. The striking lack of ethnic minorities, LGBTQ individuals, and women may correspondingly forfeit or restrict the benefits of a diverse judiciary, such as improved federal court decision making, more equitable decision making, and greater public confidence in the court system. These phenomena have undermined citizen regard for the judicial selection process, the presidency, the Senate, and the judiciary.

It is essential to remember that when Donald Trump campaigned for the presidency and captured the White House, he vowed to serve as President for all of the American people. Trump's failure to honor this pledge means that increased judicial diversity assumes even greater significance. Because the 133 circuit and district court vacancies as of April 29, 2019, present an unusual opportunity, the compelling dearth of minority representation among Trump's judicial nominees and confirmees as one essential front in his administration's “war on diversity” deserves evaluation. This Article undertakes that effort.

Part II of the Article explores the historical background of the appointments process, which implicates expanded diversification respecting the federal bench and why that enhancement is crucial. This Part highlights that increased minority representation improves the quality of judicial determinations, reduces biases that undermine the delivery of justice, and expands public confidence in the federal judiciary by making the courts reflect the populace.

Part III reviews how modern Presidents and contemporary Senates have treated diversity when they nominate and confirm jurists. This Part ascertains that Democratic Presidents and senators generally favor increasing diversity on the federal bench for the reasons denominated in the first segment, while Republican chief executives and Senate members typically evince less concern about emphasizing diversity and greater interest in nominating and appointing ideological conservatives and stressing the concept of “merit.” GOP politicians emphasize these phenomena, principally because upper echelon executive branch officials who have responsibility for selection and Senate members apparently believe that conservative nominees will become superior judges, that the “pool” of highly-qualified ethnic minority, female, and LGBTQ candidates is not substantial enough, and that too many of those individuals who are well qualified are insufficiently conservative.

Part VI of this Article supplies recommendation that might help confirm substantially greater numbers of ethnic minority, female, and LGBTQ nominees to the federal bench.

President Trump has compiled a poor record of nominating and confirming accomplished, conservative and centrist, ethnic minority, female, and LGBTQ candidates. Because the appointment of diverse candidates would enhance the justice that courts deliver and parties merit, the chief executive and the Senate must institute changes by meticulously applying certain reforms and numerous mechanism that have proved effective in the past.

Williams Chair in Law, University of Richmond School of Law.