Black Robes, White Judges: The Lack of Diversity on the Magistrate Judge Bench 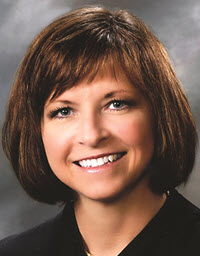 The federal judicial system is made up of two types of judges: those created by Article III of the United States Constitution and those created through the power of Congress under Article I. The demographic makeup of these bodies is curious. For decades--indeed, for nearly the first 200 years of its existence--the federal bench was made up of white men. During this same time, efforts by women and those of diverse racial backgrounds to enter the judiciary and the legal profession were largely thwarted.

In an early effort in 1872, the United States Supreme Court refused to overturn a decision of a lower court that found women could not be admitted to the Bar. The concurring opinion noted, “The paramount destiny and mission of woman are to fulfil the noble and benign offices of wife and mother. This is the law of the Creator. And the rules of civil society must be adapted to the general constitution of things, and cannot be based upon exceptional cases.” Nevertheless, seventy-five years later in 1949, President Harry S. Truman appointed Burnita Shelton Matthews to a federal judgeship, making her the first female district judge in history.

Over the years, women and people of color have made inroads into the federal judiciary, but until Jimmy Carter took office only eight women had ever been appointed to Article III judgeships and only six served at that time. By the end of the Carter Administration, forty women served. Carter's approach was goal-oriented and effective. He modified the selection process away from a system of political patronage and toward one focused on the quality of the candidate. He made diversity a goal and developed citizen nominating commissions that actively recruited and encouraged women and people of color to apply for judgeships.

President Obama's tactic was a modified version of Carter's initiatives. Though still relying upon senators to identify judicial hopefuls, he sought the assistance of female and minority members of Congress. He encouraged minority and women's groups to propose judicial candidates. He promoted candidates who had the support of both major political parties and was successful in appointing most of those he nominated. He did this without sacrificing quality.

From 2009 to 2016, females on the district court bench increased 13.2%, from 19.4% to 32.6%, and non-white district judges increased 10.6%, from 16.4% to 27.0%. During this same period, the number of female magistrate judges increased only by 7.2% and non-whites increased by a paltry 1.2%. “Pipeline issues” may account for some part of the problem when seeking to diversify the magistrate judge bench, but, given the success of recent Presidential Administrations in diversifying the district judge bench, it cannot account for all of it.

Part II of this paper will discuss the methodology employed and the relative strengths and weaknesses of the data examined.

Part III examines whether it matters to the quality of justice dispensed if the magistrate judge bench is not made up of judicial officers of diverse demographics.

Part IV examines the available data to reveal the relative diversity of the district court bench when compared to the magistrate judge bench.

Part V discusses the differing selection processes for district and magistrate judges as a possible source for the differences in the diversity of these benches.

Finally, Part VI will analyze the impediments to achieving the goal of diversity of this bench and suggest solutions.

The lack of diversity of the magistrate judge bench stems not from a lack of enthusiasm for the goal but from a lack of a consistent will to achieve it. Failing to take time to understand where the problem lies and then failing to develop a comprehensive approach to address the problem are the biggest impediments to diversity. Despite the consistent view of the chief judges that the very legitimacy and ongoing utility of the judiciary depends upon the perception of fairness that can only be achieved by encouraging the belief that the courts belong to the people they serve, too many courts accept, rather than challenge, the idea that diversity cannot be achieved.

Conversely, many courts are so adept at advancing the cause of diversity they no longer even think about it. These courts should be a model for the rest. Individual districts should not be permitted to refuse these proven methods because every court belongs not to the judges who work there, but to us all.

Jennifer L. Thurston has been a Magistrate Judge in the Eastern District of California since 2009.