Understanding the Role of Implicit Bias On Government Lawyers 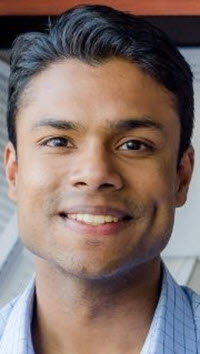 In 1869, four years after the end of the Civil War, the New York Times reported on a small controversy in the independent city of Brooklyn. The controversy, stemming from the construction of a canal on Third Avenue, involved questions as to the appropriate role of the Brooklyn Corporation Counsel. The Corporation Counsel and the Mayor of Brooklyn, both elected officials, differed as to the construction's legality, and the mayor sought to hire independent counsel. In response, the Corporation Counsel, asserting that he was the sole entity who could appear in the matter, claimed that “he represented the great body of the citizens, and was independent of the direction or control of the officers of the city.” Ultimately, the New York Times concluded that this “new view of the prerogatives of [a] Corporation Counsel in the State of New York” was a “question of no small importance.”

In 1940, forty-two years after the independent city of Brooklyn and its Corporation Counsel was consolidated into the Greater City of New York, the New York Times reported on another controversy. This controversy, stemming from the revocation of Bertrand Russell's appointment as a professor at City College, involved questions as to the appropriate role of the Corporation Counsel. After a loss in the trial court, the Corporation Counsel, an appointed official, following the Mayor's orders, did not appeal on behalf of the City of New York. The Board of Higher Education, however, did appeal, hiring former United States Attorney for the Southern District Emory Buckner and future Supreme Court Justice John Marshall Harlan as independent counsel. While the Appellate Division ultimately dismissed the appeal, the conflict between the City and the Board once again raised questions about the appropriate role of the Corporation Counsel.

These are complex questions, and, in my experience, conclusive answers are not always forthcoming. These questions touch upon concepts such as democratic accountability, municipal bureaucracy, professional responsibility, the public interest, and, ultimately, the interplay between law and justice. This article is limited in scope, intending to provide the preliminary context for a broader discussion as to how the Corporation Counsel can pursue the public interest through varying theories of justice. This broader discussion will result in a greater understanding of the underlying shared public, professional, and organizational values of the City of New York and the Corporation Counsel.

The role of government attorneys in pursuing justice has been the subject of a significant body of scholarship. There is a consensus that, as opposed to private practitioners, government attorneys have a greater responsibility to seek justice. There is, however, a significant lack of consensus as to the parameters of that responsibility. Bridging this divide requires more than what law review articles can provide. It requires an overall consensus within the larger legal community.

Ryan Budhu is a Judicial Law Clerk in the Eastern District of New York.