Undaunted: William A. Price, Texas' First Black Judge and the Path to a Civil Rights Milestone 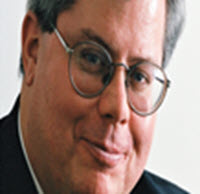 The history of Texas' earliest African-American lawyers has been, until recent years, among the most neglected chapters in Texas legal history. Lack of available information, the confused or incomplete state of what extant sources remain, and even uncertainty on the part of the few local and national historians to examine this subject have all been offered as reasons for this dearth of scholarship. But a lack of contributions to our state's rich legal heritage has never been such a justification. Texas' first African-American attorneys spawned a vital legacy that transcends the state's borders, none more so than Texas' very first black lawyer--and first black judge and first black county attorney--William Abram (W.A.) Price.

As this article discusses, W.A. Price's historical significance comes not just from the trail he blazed in becoming the first African-American to practice law in Texas, the first to hold judicial office, or the first to be elected a county or district attorney. Price would eventually cast such a shadow after leaving Texas that one of his singular civil rights victories before the Kansas Supreme Court in 1891 would help lay the foundation for a later school desegregation battle to originate in Kansas and make it all the way to the U.S. Supreme Court--Brown v. Board of Education in 1954. Price's path toward the law, public office, and civil rights advocacy was not a direct one, but his work left echoes that are still felt today.

Today, there is no monument or historical plaque to honor W.A. Price's memory, or his significance as Texas' first black lawyer, judge, and county or district attorney. He has suffered the ignominies of being misnamed by historians (as "W.B. Price") or not named at all. Until recently, the Fort Bend County Historical Commission didn't even list him in its historical roster of Fort Bend's elected officials (inexplicably identifying a white lawyer as county attorney in 1876-77 instead). However, Price's legacy is measured not in monuments or historical records, but in human terms--the countless African-Americans who followed him into the legal profession.

His importance cannot be denied--not only for the trail he blazed for every black lawyer in Texas to follow him, but for the important role he played on the winding path to the civil rights touchstone of the twentieth century, Brown v. Board of Education. William Abram Price went from advocating in Texas courtrooms, to shepherding a flock of "Exodusters," and finally to championing two little girls who wanted to go to the same school as their white peers. At every juncture, and to every challenge and setback, he remained undaunted.

Chief Justice Carolyn Wright is a graduate of Howard University Law School and the Chief Justice of the Fifth District Court of Appeals in Dallas.

John Browning is a graduate of the University of Texas School of Law, and a partner with Passman & Jones in Dallas.