Getting a Lawyer While Black: A Field Experiment 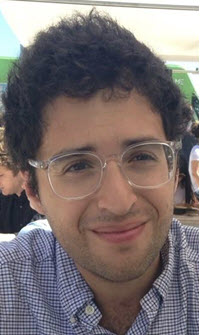 Equal access to justice is a normative ideal of democratic government. It requires that individuals with similar problems face similar chances of solving their problems through law. Yet individuals do not enter the legal system as equals. Money, knowledge, and energy help individuals achieve better outcomes from any social system. Why should the law be different? So long as legal services are provided through markets and as a business, some inequality in access to justice is inevitable. More minimally, we might hope that legal problems with similar market values would have similar chances of being resolved, regardless of the identity of individuals to which those problems attach. Sadly, access to justice in America fails to meet even this modest standard.c

This Article presents the results of several audit experiments exploring the extent and causes of racial discrimination in the market for legal services. The principal finding is that in response to cold email requests for representation, lawyers respond to individuals with white-sounding names twice as frequently as those with black-sounding names. Cold email requests are a common means for obtaining legal representation, whose prevalence is only likely to increase. The existence of such discrepancies in search costs is, therefore, important on its own terms. More broadly, these findings also help inform expectations about potential disparities in the legal market that are harder to observe. Do lawyers put equal effort into serving their black clients as their white ones? Given the difficulty of observing effort, we are unlikely to know for sure. Nevertheless, finding racial disparities in one context makes it all the more likely that disparities are also prevalent in other areas that are harder to observe.

Getting a lawyer while black is harder. This fact conflicts with our intuitions about equal access to law. It seems to implicate the legal profession in the rampant and well-documented problems of inequality in our time. Even so, market realists may wonder whether the finding is surprising or even suggests failure in the market or the profession. State-sanctioned racism, from slavery to Jim Crow and more recently mass incarceration, has left African-Americans poorer than whites. For lawyers, the richer the client the better. Therefore, lawyers acting as rational economic agents will inevitably use race to extract information about affluence. In this account, the market and profession by no means make up for prior inequality in society, but arguably one cannot and should not expect them to. The capacity of markets or the profession to overcome basic economic incentives is doubtful. For the market realist, the normative appeal of market intervention is also unclear. Any regulation strong enough to improve equality in outcomes is likely to create pernicious side effects. By pursuing equality for all, everyone may receive fewer and worse legal services, or so the argument might go. To convince a market realist that access to justice is unequal after considering the confounding role of prior economic inequality, one would need to know if the discrimination were due to race directly or merely indirectly through its information value about other traits that influence lawyer profits.

In order to explore whether the disparities identified in the first experiment are a result of economic profiling using race, I conduct a second field experiment. This experiment leverages two key ideas. First, I examine how African-American lawyers treat emails from black clients. In the simplest models of economic profiling, one would expect African-American lawyers to discriminate against black clients the same as white lawyers do. Second, I exploit differences in funding models within tort, criminal, and divorce law, which are some of the most commonly practiced areas for retail lawyers. Each practice area introduces different levels and sources of payment risk. Different forms of economic profiling would cause racial disparities to emerge in different areas, so this experiment can help define the mechanism of economic profiling. For example, if lawyers are concerned that racism among jurors affects their payout, one might expect the highest disparities for clients seeking representation in personal injury and slim to no disparities in divorce law, where juries typically play no role.

As it turns out, the broad predictions of the statistical discrimination theory fail to materialize. Black lawyers respond at higher rates to clients with black-sounding names than clients with white-sounding names. While this finding is hard to square with statistical discrimination, it is notably what one would expect to find if racial preferences had a significant role in driving client selection. Further, an increase in the odds that a client is black produces no discernible difference in the rates of response by practice area. Given the surprising lack of evidence supporting the predictions of the statistical discrimination theory, it appears more likely that the experimental signal is interpreted purely for what it suggests about the likely race of the client, rather than the market value of their legal issue.

While evidence of statistical discrimination fails to materialize, the two experiments also challenge the notion that racial preferences alone drive disparities. Rather, I argue that the best interpretation of the experimental evidence is that markets play a crucial role in constraining the expression of latent racial preferences. The most important piece of data favoring this more nuanced interpretation is that white lawyers in the second experiment treated black clients much more fairly than did the lawyers in the first experiment. This difference was so substantial that I chose to conduct both experiments once again and the same findings did indeed emerge. The design of this replication exercise was such that one cannot credibly attribute the difference to inadvertent changes in treatment instruments, timing of the experiment, or statistical chance.

The only credible explanation for the difference in degrees of market discrimination is that the experimental populations differ in ways that matter. The question is why. The simplest story is that the first population was more racist than the second population. Yet this simple story has some problems. The first study was applied to criminal lawyers in California while the second study was applied to Florida lawyers practicing criminal, divorce, and personal injury law. If racial preferences alone drove the disparities between potential black and white clients, one surely would expect Florida to be worse than California. While California's history with race is problematic to say the least, Florida was part of the secessionist and segregationist South. Until quite recently, Florida barred 40% of its black male citizens from voting. Survey measures confirm that Floridians are more likely to subscribe to overtly racist views than Californians. It strains credulity to believe that stronger racial preferences of California lawyers than Florida lawyers explains the greater disparities observed in California than in Florida.

A more nuanced, and I argue better, explanation for why the Florida and California lawyer populations differ is not that the lawyer populations have significantly different degrees of latent racial bias. Rather, the economic environments of these lawyers encourage them to behave differently. In particular, I argue that racial disparities in access to lawyers emerge as a correlate of economic rationing. Lawyers may prefer one sort of client over another for many idiosyncratic reasons. For some lawyers, race is undoubtedly a factor. If demand for legal services is high relative to supply, expressing racial preferences through client selection has little opportunity cost. A busy lawyer can refuse to serve blacks without hurting the bottom-line. The same is not true for lawyers working below capacity. Underutilized attorneys bear the full opportunity cost from turning away clients. Market conditions primarily dictate how busy lawyers are, hence how much racialized rationing they can afford to do. This theory appears consistent with observational evidence; within Florida, counties with fewer lawyers per capita also appear to have greater disparities between black and white response rates. Future work leveraging econometric techniques such as Bartik instruments might be able to confirm this story in a causally credible fashion.

If the rationing explanation is accepted, then the solution to inequality of access is what access to justice scholars have been arguing for years: increase the supply of lawyers. This is a tough pill for the profession to swallow. By restricting the supply of lawyers through bar and law school requirements, the profession is able to artificially inflate the value of their services. The profession might like the idea of decreasing racial disparities, but it will want to find a way to do that which does not hurt its profits or perceived exclusivity. In light of the immense market and political power of the profession, less threatening alternatives have been advanced. Some have argued that paralegals need to be allowed to do more or that one should create a new profession of “legal technicians.” To the extent that such new market participants would absorb the less interesting and profitable work from the legal profession, the idea is more politically palatable. By taking work off lawyers' plates, it might also help with the racialized rationing problems that may pervade current legal markets. The primary argument against increasing the size of the legal profession is that doing so might erode the quality of legal services.

If increasing the number of legal service providers is impossible without damaging lawyer quality, then the experiments suggest that altering the racial composition of the bar may help decrease racial disparities in access. In particular, the experimental evidence shows that admitting lawyers from underrepresented demographics to the bar would likely help underserved demographics find lawyers that would otherwise not. The legal profession has for decades claimed that it is trying to correct its racial balance issues with mixed success. Proposals to redouble the profession's efforts in this area are routinely made and should prove unproblematic. Logically, one of the best ways to increase the number of black lawyers is to increase the number of black law students. Therefore, the experimental data presented here seems to suggest a new, empirically-backed justification for aggressive affirmative action policies in public law schools. With a few notable exceptions, state law schools primarily train lawyers for practice within their state. Many, if not most, states presumably have similar racial disparities in access to justice as were observed in California. Admitting more black lawyers to the bar appears especially likely to improve disparities in access to justice in such jurisdictions. Under this logic, affirmative action in public law schools is a sensible policy for redressing contemporary market failures, rather than one that compensates for past injustices or promoting educational values such as diversity. In light of the current direction of the Supreme Court, such alternative rationales are particularly important to have available.

The Article builds this argument as follows. Section I provides background on the market for legal services, the prior literature on access to justice issues, and an overview of the social scientific literature on discrimination and audit studies.

The Article concludes by discussing the policy implications of this research, in particular its relationship to debates about affirmative action and the appropriate size of the legal profession.

Presumably, ensuring that African-Americans and other minority groups obtain equal access to lawyers is as compelling a justification as ensuring they have access to doctors. The main inadequacy that Powell found with this justification is the lack of evidence supporting it. Given the relatively primitive state of social science research in 1979, it is unsurprising that the evidence was lacking. Forty years later, however, the techniques of policy analysis have advanced significantly. Experiments such as those presented here can provide the evidentiary record necessary to show that affirmative action policies would help bring about equality in access to lawyers and realize our commitment to the fundamental normative ideals behind our system of government.