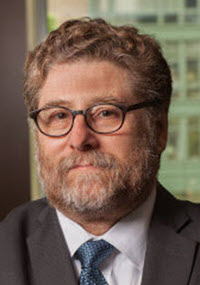 As the Biden administration takes office, the nation is gripped in a crisis about race exacerbated by the words and deeds of Donald Trump. An increasingly bold and violent white supremacy movement is on the rise. In October 2020, the Department of Homeland Security described white supremacy organizations as the “most persistent and lethal threat in the homeland.” The shocking assault on the United States Capitol was the culmination of four years of a president who nurtured racial extremists and stoked white resentment.

At the same time, racial inequity is persistent and growing. The Movement for Black Lives, triggered by police misconduct, but broadly focused on the fundamental demand that the humanity and dignity of Black and other people of color be honored and respected, has taken to the streets and demands that more than 400 years of racial injustice be addressed. The movement has often been met with derision and, in some cases, with violent suppression by the federal government.

Gross disparities in income and wealth persist and are increasing. Pre-pandemic, the average accumulated wealth of a white family--$171,000--was 10 times the average wealth of a Black family--$17,500. Black unemployment was twice white unemployment, and a white family's income was, on average, almost twice that of a Black family. Twenty percent of Black women live in poverty as compared with 7 percent of white men. Similar disparities exist in educational achievement, health outcomes, homeownership, and life expectancy. Racialized law enforcement practices have criminalized and imprisoned generations of people of color.

These inequities have grown worse in the last year with the COVID-19 pandemic and resulting economic crisis. Workers of color and women are more likely to be unemployed by the crisis--in December of 2020, Black unemployment was 9.9 percent as opposed to 6 percent for whites--or to be frontline workers at greater risk for the virus. People of color are being sickened and dying at rates much higher than whites. Blacks are 1.4 times as likely to catch COVID-19 and 2.8 times as likely to die from the disease. Inadequate federal response to protect frontline workers and to create an adequate and sustained safety net have driven many families into deep poverty while the wealthiest in the nation have grown richer. According to the Federal Reserve, during the first three quarters of 2020, the wealth of the top 1 percent rose by more than $5 trillion, while the wealth of the other 99 percent declined. Current income and wealth disparities rival the Gilded Age, and the burden of poverty falls greatest on people of color, women, and children.

In 2016, under the Obama administration, the nation had begun to embark on a reckoning with racial justice. The deaths of Trayvon Martin, Michael Brown, Sandra Bland, and others sparked the Black Lives Matter movement and caused important, although insufficient, steps to be taken by the federal and state governments. A national effort commenced to increase accountability in policing, federal regulations, and guidance sought to increase protections of low-wage workers and to facilitate the fight against racial housing segregation. Equity in education was a priority, and President Obama undertook an unprecedented initiative to undo some of the harm of mass incarceration through the Clemency 2014 program. More could and should have been done, but racial equity was on the agenda.

The election of Donald Trump not only put a stop to civil rights progress, but the administration set out to reverse the gains of the Obama administration and more. Over the last four years, federal action has exacerbated inequality and blunted many of the tools that could be used to bring about reform. Moreover, the president's statements created a deadly climate of tolerance of hate.

The Biden administration must face the crisis of violent white supremacy while at the same time moving with urgency to bring the resources of the federal government to bear to address racial inequity and injustice. Racial hatred can no longer be acceptable in public discourse, and those who commit acts of racial violence must be held to account. President Biden, and the entire federal government, must set the tone for the nation.

President Biden must speak forcefully about the injury to people of color from systemic white supremacy. Calls for the nation to heal through accommodation of those that would maintain a system of racial inequality must be rejected and instead met with dialogue and policy that create equity and justice. Words must be followed by action.

Among the concrete steps that the Biden administration must take are the following:

• Recommit to criminal justice reform: Discriminatory police practices and the mass incarceration of people of color are major drivers of inequity. Reform of these institutions is no longer a sufficient response, but a reimagining of law enforcement that includes partnerships with people in under-invested communities of color will be required to genuinely create public safety.

• Reverse regulatory changes that harm low-wage workers, who are disproportionately people of color and women: The Trump administration promulgated regulations that are causing tremendous harm to low-wage workers and that exacerbate racial and gender inequality. The Biden administration must reverse rules that limit the rights of low-pay managers to earn overtime, that permit employers to pocket tips earned by employees, and that attack the rights of workers to organize and collectively bargain, among others.

• Strengthen the ability to use disparate impact to fight housing segregation: The Fair Housing Act (FHA) is an important tool to address persistent racial housing segregation. As overt discrimination has been reduced, the ability to use the theory of disparate impact has become increasingly important. The Trump administration promulgated regulations interpreting the FHA to severely limit the use of a disparate impact theory and undermine the decision in Tex. Dep't of Hous. & Cmty. Affairs v. Inclusive Cmtys. Project, Inc., 576 U.S. 519 (2015). The rule is designed to cut off one of the most potent tools available to eliminate housing discrimination. This rule should be reversed.

• Ensure voting rights: Voter suppression, the attack on voting rights, and assaults on the integrity of the election are designed to prevent people of color from exercising their franchise. Much blood has been spilled to earn the right to vote. Ensuring that everyone can have their voices heard at the ballot box should be a priority.

• Build on pandemic policy initiatives: In response to the pandemic, federal and local governments initiated extraordinary policy initiatives. Many of these efforts, although temporary, had the effect of reducing inequality while in place. The Coronavirus Aid, Relief, and Economic Security Act (CARES Act) provided, for a period of time, $600 per week in extra unemployment. The CARES Act experiment of a guaranteed minimum income actually reduced poverty at a time of record unemployment, with persons of color experiencing the greatest benefit. Thirteen million people were lifted out of poverty by CARES Act payments. Similarly, eviction moratoria and emergency rental assistance have prevented more than 40 million people from homelessness and provided a model for a human right to housing. Thirty-one percent of African Americans and 26 percent of Latinx are behind on their rent and facing eviction, as opposed to 14 percent of whites. Prisons and jails across the nation took steps to release record numbers of prisoners with no negative impact on public safety and a positive impact on public health. These initiatives, which seemed impossible pre-pandemic, provide evidence that reduction of inequality is possible.

• Raise the minimum wage: While raising the minimum wage will help all low-wage workers and their families, it will have the greatest impact on people of color and women who disproportionately hold hourly low-wage jobs. The impact of a minimum wage hike will, because of job market discrimination, be twice as likely to benefit a worker who is Black than one who is white.

• Support reparations: Racial inequity in this nation is not an accident, but the result of deliberate governmental policy. De jure discrimination in housing provided government support to make whites homeowners--a major source of wealth creation--and forced Blacks to be renters, and thus deprived them of the opportunity to build equity. A criminal legal system that overpoliced and underserved Black communities has put 2.2 million Americans in prison and jail, more than 60 percent of whom are people of color. An education system that remains segregated by race, rampant employment discrimination, and underinvestment in communities of color are all the result of conscious policy decisions.

More than 50 years ago, Congress enacted the Civil Rights Act. While progress has been made over the last five decades, it is slow, halting, and inadequate. Communities of color can no longer be asked to wait patiently to realize the promise of an equitable society or for the United States to live up to its professed values of equality. Only through reparations that affirmatively remedy governmental acts of discrimination will there be a full measure of justice.

The civil rights challenges facing the Biden administration are great and daunting. For much of the nation's history, racial inequality and racialized violence and terrorism have gone hand in hand. We are at a critical inflection point. Bold steps will be necessary to break the cycle of gradualism that has for too long allowed the legacy of our nation being founded on slavery and racism to fester.

Jonathan M. Smith serves as the executive director of the Washington Lawyers' Committee for Civil Rights and Urban Affairs. Prior to joining the committee, Smith was the associate dean of Experiential and Clinical Programs at the University of the District of Columbia David A. Clarke School of Law. He was also the chief of the Special Litigation Section of the Civil Rights Division of the U.S. Department of Justice from 2010 to 2015.