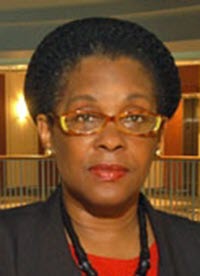 Prince Rogers Nelson, the musical icon known worldwide simply as Prince, was one of the most celebrated artists of the past four decades. He was a singer, prolific songwriter and composer, producer and musical entrepreneur, bandleader, lyricist, multi-instrumentalist, actor, and electrifying stage performer. Prince, who made the color purple a symbol of his unique identity, catapulted to international stardom in 1984 in the semi-autobiographical rock concert movie Purple Rain. When he died suddenly on April 21, 2016, the number and range of ensuing tributes made it clear that the world had lost an important cultural figure. Monuments and public buildings in the United States and other countries were bathed in purple lights to honor him. President Obama issued a formal statement praising Prince as a “creative icon” and stating, “nobody's spirit was stronger, bolder, or more creative.” The United States National Aeronautics and Space Administration (NASA) posted an image of the famous Crab Nebula, in purple, to honor Prince. The prestigious magazine, The New Yorker, featured a cover dedicated to him, consisting of a stark, purple background with light and dark elongated purple raindrops. There were informal and formal celebrations of Prince's life and work in streets around the world from Paris, to Sydney, to New York's Harlem.

Prince often was described as an artist who transcended the boundaries of race, gender, and music genre. The music he composed and performed traversed the lines of rock, rhythm and blues, funk, blues, jazz, electro-funk, new wave, classical, pop, gospel, and country. Some of his songs would seem at home in a Broadway musical and others were part of the soundtracks of popular movies. He excelled in each genre separately, but also often mixed the genres in remarkable, surprising, and creative ways within a single song. Particularly during the earlier years of his career, both in his music and in his style of dress, Prince also pushed the boundaries often associated with gender. His appearance on stage was gender transgressive--he wore eyeliner, high heels, and outfits that often included ruffles, lace, crop tops, spandex, and velvet. Prince's backup bands crossed gender boundaries with a regularity rarely seen in the music world--in Prince's bands, it was not unusual to see women as saxophonists, drummers, percussionists, and bass guitar players. Prince has often been described as traversing boundaries of race. In the early 1980s, he was one of the first African-American recording artists to succeed in making a major crossover into white popular music audiences-a substantial amount of his music incorporated rock, new wave, and other genres more associated with white audiences than Black ones. Throughout his career, Prince's bands were always racially mixed--a rarity in popular music. His concert audiences may have been the most racially diverse in all of popular music.

While innumerable articles in the media have described Prince as an artist who traversed boundaries of genre, gender and race, there has been little in-depth exploration of his relationship to the issue of race. Indeed, media treatment of Prince often suggested that race was not important to him or that somehow he had “transcended” race. 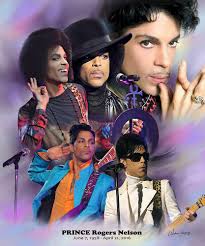 This Article argues that rather than “transcending” race, race was a factor of central importance throughout Prince's life and career. At important junctures in his life and career, Prince made conscious and strategic choices in his representation of race that reflected issues and dilemmas of both historical and contemporary relevance in the lives of many African-Americans. The same issues continue to be reflected in ongoing discussions in academic discourse about race in the law and in other disciplines.

While there are many actions and situations in Prince's life and career that offer insight into ways he consciously and strategically made choices about the representation of race, this paper will examine his actions at two major junctures in his career. In the earliest years of his rising fame, the early 1980s, the media often celebrated Prince as a kind of “post-racial” icon, sometimes describing him as biracial. Prince himself contributed to the confusion about his racial identity--a conscious and strategic response to the racialized structure of the recording industry of that time. This Article will then discuss Prince's extended dispute in the 1990s with Warner Brothers over his record contract. Again, Prince engaged in conscious and strategic representations of race, although in a way that was in many ways the opposite of his use of race in the prior decade. During the dispute with Warner Brothers, Prince compared record contracts to slavery, changed his name to an unpronounceable symbol and began to perform with the word “slave” written across his face. Still, in his approach to race in both decades, Prince's actions reflected themes in the history and lives of African-Americans--themes that have been and continue to be issues of debate in scholarship addressing issues of race.

For nearly four decades, Prince's music and concerts brought people of many backgrounds together. His music crossed the lines of genre, his appearance often blurred lines of gender, and his bands and concert audiences were racially integrated to an extent rarely seen in American life. In his songs and performances, Prince often expressed the belief that race should not divide people and that it is important for people to care for one another regardless of race and work together to make the world a better place. Because of the range of his music and the racial diversity of his bands and audiences, it is not difficult to see why Prince would be described by some as an artist who transcended race or to whom race was not important.

However, in many ways, this view represents more wishful thinking than reality. Throughout his career, Prince was very aware of the role of race in American society and responded to it in his work in ways that were both conscious and strategic. This did not mean that he believed that race should not matter--he dealt with the reality that it did matter and dealt with that fact in ways that reflected his own personality, creativity, politics, and eccentricities. Actions he took that contributed to confusion about his racial identity in the early 1980s may have not been well received by some of his Black fans, while some of his race-conscious songs and actions in the 1990s may not have been well received by some of his white fans. Prince, as an artist and as an African-American, did things his own way. But at both points in his career, Prince's representations of race were conscious and strategic. It is also clear that as the years passed, while Prince continued to promote a message of racial unity, he became increasingly public in his identification with and support for issues affecting the African-American community.

In addition to being remembered for his music, Prince will be remembered for his work on behalf of the economic rights of artists. His battles may have been inspired by his own fight with Warner Brothers and his awareness of the history of exploitation of Black musicians, but the increased public attention he brought to the issue of economic justice for recording artists will benefit all artists who create and record music. Finally, the genre-crossing brilliance of Prince's music and the creative, albeit sometimes controversial ways in which he fought his battles is a reminder that are all free to seek to be innovators. We are all free to come up with ideas for new techniques and new legal and moral principles to help ensure that those who create art are adequately rewarded for their work.