Race and the States' Use of Police and Military Force

Excerpted from:  Gerald Jerome Smith From of States' Use of Police and Military Force to Arrest, Detain, and Confine American Citizens Because of Race, 27 Oklahoma City University Law Review 451-473, 451-455 (Spring 2002) (Full Document Not Available) 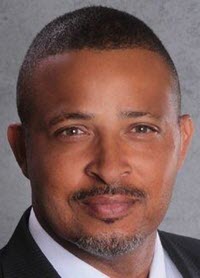 Over eighty years ago, one of the worst race riots in American history was surreptitiously concealed underneath the charred rubble that was once the flourishing Greenwood District, located in the City of Tulsa, Oklahoma. Today, the Tulsa Race Riot Commission and other state and city officials continue to speculate as to how many men, women, and children were killed or had their property destroyed by fire between May 30 and June 2, 1921. It is hoped that these extended committee discussions will determine and finalize the issue of reparations, which will inevitably leave a long-lasting impact on all citizens of Oklahoma.

First, this article will present a proposal for use in analyzing allegations against the City of Tulsa for purported unlawful acts carried out by Tulsa's chief of police and his officers against African Americans living in the Greenwood District. Next, a practical methodology will be used to examine prior legal reasoning regarding the impending liability imputed to Oklahoma through the conduct of its National Guardsmen from Tulsa, Muskogee, Wagoner, and Oklahoma City who responded to the riot. Finally, two controversial United States Supreme Court decisions rendered in 1944, which interpreted the Fifth and Fourteenth Amendments of the United States Constitution in relation to the curtailment of the rights of a single racial group, will be discussed.

On Monday morning, May 30, 1921, a nineteen-year-old Black man, Dick Rowland, allegedly assaulted a young white divorcee, Mrs. Sarah Page. By 3:15 that afternoon, the Tulsa Tribune had distributed its newspaper with an article entitled, "Nab Negro for Attacking Girl in an Elevator." "Less than an hour after the Tribune story reached the streets, there was talk of a lynching 'to avenge the purity of a white woman."'

Early Tuesday morning, May 31, 1921, young Rowland was arrested by two Negro police officers and placed in the city jail. Subsequently, he was moved to the county jail for security. Between the hours of 7:00 p.m. and 7:30 p.m., three hundred white men had formed around the county jail. An attempt was made to enter the jail and take Rowland out. At 9:30 p.m., "(t)wenty-five or thirty Negroes, some of whom were reportedly armed, approached" the county jail. Moments later, gunfire was exchanged between the two gathered groups and one Negro was wounded.

Meanwhile, over five hundred armed local citizens were voluntarily deputized with "special commissions." The word got around that being deputized authorized one to "go out and shoot any nigger you see and the law'll be behind you." Consequently, the local militia was heavily armed with weaponry, including a machine gun and three experienced machine gun operators.

On the morning of June 1, 1921, at 1:46 a.m., Governor Robertson telegraphed orders to the Oklahoma National Guard Adjutant General, Charles F. Barrett, ordering troops to suppress a "Negro Uprising." Over four hours had passed between the triggering event at the county jail and the Governor's activation of the National Guard. Governor Robertson declared martial law throughout Tulsa County by sending a Western Union Telegram to General Barrett stating: "I have declared martial law throughout Tulsa County and am holding you responsible for maintenance of order, safety of lives and protection of property. You will do all things necessary to be done to attain those objects."

At 8:00 a.m., June 1, General Barrett, with approximately 150 Oklahoma City National Guardsmen, witnessed "(t)wenty-five thousand whites, armed to the teeth, (ravaging) the city in utter and ruthless defiance of every concept of law and righteousness." After arriving in Tulsa from Oklahoma City by train, General Barrett and his guardsmen had breakfast. When a concerned white citizen of Tulsa protested about the Oklahoma City National Guards' seeming lack of urgency in the restoration of order, he was arrested and jailed.

"All available National Guardsmen, including companies from Muskogee, Oklahoma City, and Wagoner, who had arrived (in Tulsa by 9:00 a.m.) were stationed in the (N)egro quarter (Greenwood District)." Detachments of guardsmen were scattered throughout the city (Greenwood District) with machine guns ready for action." General Barrett ordered out three companies of National Guardsmen, sending instructions to the commanding officers in nearby towns to rush men there on immediate notice.

According to a New York Times article, men, women, and children were arrested and detained. Detention camps were established for Negroes who had fled from the blazing section of Tulsa that had once been their home. National Guardsmen assisted in rounding up Negroes and segregating them into the detention camps. A National Guardsman described the scene during his tour of Greenwood at 6:30 a.m. on June 1. "I discovered (N)egroes fleeing to the Northeast. We immediately proceeded to overtake them and when overtaken they were commanded to halt and put up their hands, which orders were promptly complied with." Unconfirmed reports described 25,000 white rioters running rampant through Greenwood and National Guard troops using machine guns to shoot Negroes in the streets.

On June 2, the New York Times printed an article with a sub-byline entitled, "Angered Whites Surround Negro Quarter and Set It on Fire." As the Times reported, "(T)he known dead were 77, of whom 9 were whites and 68 (N)egroes. One hundred whites and 300 (N)egroes are estimated to have been wounded, many seriously." However, estimates of those dead ran as high as three hundred, and property loss far exceeded the initial estimate of $4 million.

At some time on June 2, General Barrett issued Field Order Number 4, which decreed that "all able bodied (N)egro men remaining in detention camp at the Fairgrounds and other places in the City of Tulsa (would) be required to render such service and perform such labor as (was) required by the military commission."

After the most devastating riot in Oklahoma history, Tulsa Chief of Police John A. Gustafson was indicted by a grand jury and convicted in Tulsa district court "for failure to take proper precautions for the protection of life and property during the rioting."