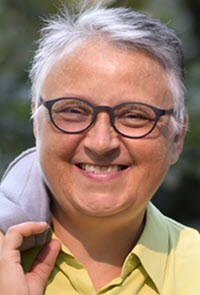 Columbia Park occupies 450 acres along the Columbia River in Tri-Cities, Wash. It hosts an annual event called the Water Follies, which includes a hydroplane race. On July 28, 1996, Will Thomas and Dave Deacy were wading along the river bank near Kennewick, sipping from cans of Busch Light and looking to avoid the race's entrance fee. Thomas stepped on something smooth and round. He pulled a human skull out of the mud.

The skull made its way to Benton County Coroner Floyd Johnson and then to forensic anthropologist James Chatters, who initially thought the skull looked “Caucasoid.” Johnson and Chatters returned to the site, with help, to unearth most of the rest of the skeleton. Chatters sent a finger bone off for carbon dating, and the results were startling: “Kennewick Man” was about 9,000 years old. But where did he come from, and where did his bones belong?

The U.S. Army Corps of Engineers, which owns the river bank along that section of the Columbia, quickly determined that the remains were Native American and subject to the Native American Graves Protection and Repatriation Act (NAGPRA). Anthropological norms at the time presumed that any remains that existed on U.S. soil before 1492 were Native American. But a group of professors believed otherwise, and they pursued administrative and legal appeals to fight the Corps' determination.

Although the professors won their lawsuits in the federal courts less than 10 years later, subsequent scientific testing eventually proved that Kennewick Man was Native American. So why did it take two decades to return him to the tribes for a proper burial?

Douglas Owsley is a forensic anthropologist from the Smithsonian Institution and one of the plaintiffs in Bonnichsen. Although his findings were not published in a peer-reviewed journal, he concluded in 2014 that the Ancient One was not Native American but more closely related to the Ainu and Polynesians. Owsley's research was based on skeletal morphology, including the shape of the skull.

But scientific techniques for the analysis of 9,000-year-old DNA continued to progress, and scientists at the University of Copenhagen concluded instead that the Ancient One was Native American after all. The scientists, who published their results in 2015, said their analysis showed that the remains were genetically closest to the Colville tribes.

The following year, Congress passed legislation to expedite return of the remains to the tribes, and the Ancient One was reburied on Feb. 18, 2017, in the Columbia Basin.

The dispute over the Ancient One focused attention on issues of tribal self-determination and sovereignty, including the inherent right of tribal people to define themselves. But unlike the remains of the Ancient One, those issues are far from being laid to rest.

The executive committee of the Indian Law Section contributed to this story. Jennie Bricker is a natural resources attorney at Harrang Long Gary Rudnick and a freelance writer doing business as Brick Work Writing & Editing.