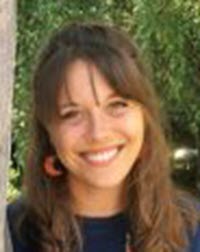 In the politically charged space between America's 2018 midterm elections and the 2020 general elections, the upcoming decennial Census looms. A seemingly unassuming bureaucratic process, it has enormous implications for the country's social, economic, and political realities for years to come. Citizens of American Indian and Alaska Native (AI/AN) tribes burst into the national spotlight as key voting populations in several close midterm races and have been mobilizing with unprecedented unity around issues of disenfranchisement, environmental protection, and Missing and Murdered Indigenous Women (MMIW). The 2020 Census comes at a historic moment when the stakes are high for AI/AN communities, but its failure to adequately capture the realities of Indian Country has already begun, even before the first survey response has been recorded. Historically, AI/AN people have been one of the most undercounted groups in the Census: the U.S. Census Bureau estimates that the 2010 Census undercounted at least 4.9% of people living on tribal lands. Each uncounted tribal citizen cost their tribal government up to $3,000 in federal support for services annually and skewed the apportionment of representation in their state.

But census problems in Indian Country run deeper than the methodologies used for counting and processing data. The very conceptions of political boundaries and property reflected in the geographic entities used by the U.S. Census Bureau are, in some areas, not only at odds with traditional cultural understandings but also with realities of migration, services, and community affiliation. Because each statistical entity in the complicated system of geographic terms and concepts currently used by the U.S. Census Bureau in Indian Country interacts differently with its respective legal entity, variations arise in who actually gets counted as part of AI/AN Census areas. Statistically created entities used for some tribes without land bases, like the Oklahoma Tribal Statistical Areas, end up including many individuals who are not tribal members. But counts for tribes whose census tracts align with legal reservation lines are limited to tribal members within the reservation. Because allocations of some federal agencies' funding flow proportionally from Census data, the Census can actively deepen the injustices faced by some of the most vulnerable populations of AI/AN people. The 2020 Census, already in the final phases of pre-implementation, uses this complicated system of entities and will not serve the best interests of many tribes. But it can be a catalyst for new innovations in the future.

For future Censuses to better represent Indian Country, the U.S. Census Bureau must work with tribal communities to redefine all AI/AN statistical entities as Tribal Designated Statistical Areas (TDSAs), eliminating the distinction in census designations between tribes with legal federal land bases and those without legal federal land bases. The simplification of geographic and statistical categories does not imply that community differences must be ignored. On the contrary, the flexibility of this TDSA category will allow the nuances of migration, service provision, and community affiliation to be better captured by the U.S. Census. It will divorce the ideas of legal boundaries and statistical boundaries, preserving the former with the utmost respect for tribal sovereignty while utilizing the latter for the scientific collection and processing of demographic data.

Part I of this note examines the historical relationship of AI/AN tribes to the U.S. Census, as well as the development of modern geographic categories and population counting tools used by the Bureau. This history shows that, as bureaucratic as the counting may seem, it is connected to human stories and should be considered an issue of social justice. Part II analyzes the demographic realities of Indian Country not captured by current Census procedures and the implications of the complicated Census system for service programs and tribal sovereignty. Finally, Part III proposes increasing accurate Census data for tribes through a streamlined application of TDSAs for all AI/AN communities. This note concludes by situating this proposal's scope within the broader realm of AI/AN Census-related issues and emphasizing the importance of U.S. Census Bureau collaboration with tribes in designing an action plan that more effectively addresses census issues identified by tribes.

Census Bureau policy that moves away from the complicated dual statistical-legal-areas system currently used in AI/AN communities and toward universal use of TDSAs would allow all tribal communities to have the flexibility of defining their own statistical boundaries for the U.S. Census. If this shift is made in full collaboration with tribes as sovereigns, it will better capture the realities of human demographics in AI/AN communities as well as those in border towns and near-reservation communities. Taking into account mobility patterns, existing service areas, and individual tribal affiliation, universal TDSAs will result in a fairer distribution of funding through federal programs and a more accurate allocation of representatives based on Census data. Data collected using these statistical boundaries will be invaluable to tribes wishing to serve and protect their tribal members, regardless of whether they reside within legal jurisdictional lines.

Beyond the practical effects of this conceptual reclassification, using TDSAs in tribal communities will be a step toward solving the broader issues with the Census in Indian Country, many of which spring from a fundamental conflict between traditional conceptions and bureaucratic classifications of geography and identity. In the process of working with tribes to delineate TDSAs, the Census Bureau can think creatively about its methodologies in Indian Country. TDSAs are all about tailoring the system to meet the needs and realities of specific communities, and in this vein, the Census Bureau must continue developing enumeration strategies that go beyond a one-size-fits-all approach like reliance on street addresses. HTC populations will benefit from exposure to the process of redefining TDSAs; tribes can use the decade of exploration to energize their members around the importance of Census counts. By 2030, the Census undercounts that have plagued tribal communities and resulted in millions of dollars of lost funds might be a thing of the past.

The moment is right for the Census Bureau and Congress to turn a brighter spotlight on Indian Country. With the 2020 Census coinciding with a high-stakes general election, there will be much need for accurate data in the coming years, and AI/AN voices are louder than ever. Newly-elected indigenous congresswomen Sharice Davids (Kansas) and Debra Haaland (New Mexico) have already made headlines, not only for their historic election as the first AI/AN women in the House of Representatives, but for their willingness to advocate for AI/AN communities and creative, progressive ideas. Tribes, tribal members, the media, the general public, and lawmakers are increasingly aware that representation matters. Being counted counts. And geography--the lines we choose to draw--shapes much of our political, social, and economic reality. To achieve a more just society, these lines should reflect the demographic reality.