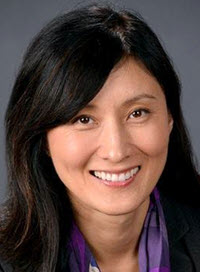 In two historical Supreme Court cases from the early part of the twentieth century, when only whites and blacks could be United States citizens, two Asian American immigrants made the startling move of claiming that they were “white” and, therefore, deserved to be naturalized. The two petitioners - Takao Ozawa and Baghat Singh Thind - claimed they were white by dint of skin color, anthropological evidence, culture, and various other qualities suggesting they “belonged” to America. The petitioners' claims resonated with one central message: “I am just like you.” Thind's and Ozawa's claims ultimately failed. The petitioners were denied citizenship because the Supreme Court, not surprisingly, held that they did not qualify as “white,” and that despite their claims to the contrary, Ozawa and Thind were just “different.”

This paper situates these historical and current claims to whiteness by Asian Americans in the context of Catharine MacKinnon's feminist critique of the liberal model of equality, which forces those seeking “equality” to claim similarity to dominant norms. By virtue of traditional equal protection doctrine's “similarly situated” requirement, those who are the same must be treated equally, and conversely, those who are different may be treated as such. MacKinnon's critique demonstrates how women seeking gender equality and racial minorities seeking racial equality, at the very least, face a patent unfairness insofar as they are required to equate themselves with their oppressors to remedy the conditions of their subordination. Furthermore, at worst, women and racial minorities face a doctrinal trap in which they are never meant to gain equality, since women and racial minorities are socially defined as “different.” Equality claims ultimately collapse inward, as they are founded on a disingenuous structure that treats sameness and difference as exact opposites, when, in actuality, they bear a hierarchical relationship to one another, with “difference” masking the subordination of women and racial minorities. Therefore, the “difference” that these rights seekers must overcome is actually the subordinated positions they hold in gender and racial hierarchies, respectively.

MacKinnon's critique of the liberal equality model's foundation in sameness and difference underscores the impossibility of historical and contemporary claims to whiteness by Asian Americans. Despite their valiant efforts to show that they did indeed belong, Ozawa and Thind failed to overcome the social understanding of their ineluctable difference. Ozawa's and Thind's assertions that they were the same as whites (in fact, that they were white) act as a metaphor for the claims of some of today's Asian Americans, whose claims to white privilege belie the particularities and “difference” of today's Asian Americans. This paper explores examples, both old and new, that reveal the falsity of claiming similarity to a white norm in the face of the real, race-based structural inequities facing many Asian Americans that constitute their “difference.” In addition, this paper aims to highlight how Ozawa's, Thind's and contemporary Asian Americans' claims to white privilege by “claiming sameness” ultimately reinforce the white privilege to which these claimants aspire.

This paper is divided into four sections. Part One briefly lays out the historical context of Ozawa v. United States and United States v. Thind and discusses Ozawa's and Thind's claims to white identity and the social meanings inherent in these claims to whiteness. Part Two explicates MacKinnon's feminist critique of the liberal equality model, as it applies to sex discrimination law, to race discrimination law, and to Ozawa's and Thind's claims. Part Three discusses a contemporary instance of Asian Americans' “claiming whiteness” by embracing the “model minority myth” in the debate surrounding affirmative action. Lastly, Part Four reviews some theoretical suggestions to address and confront the problems of Asian American identity that this paper presents.

I do not purport to offer novel ideas on how Asian Americans can dismantle white racial ideology. I merely hope to show how we may draw on existing understandings of Asian American identity and scholarship to consider ways to avoid the traps I have discussed in this paper. Chang's suggestion to identify particularity and commonality offers one solution to this complex problem of how to avoid the assimilationist claims to whiteness that appear to promise equality or advancement but end in the self-defeating reinforcement of white supremacy.

The trap of the claim to whiteness is one not faced by Asian Americans alone. As revealed by the stories of Ozawa and Thind, it is a fundamental mechanism of the structure of racial hierarchy and subordination. But the losses of complying with these coercive forces make these claims truly tragic. Examples of others who have adopted the “white” role are instructive. Charles Lawrence writes about Supreme Court Justice Clarence Thomas, whom Lawrence describes as having made his career “by his denial of any kinship with me.” This disavowal has consisted of a willingness to adopt the role created for him by his white “patrons.” Writes Lawrence, “The stigma he bears comes with making oneself in the master's image; that is to say, as the master imagines you.”

The losses suffered by individuals like Thomas are instructive and cautionary. Writes Lawrence:

[Justice Thomas] is a vivid reminder of our own vulnerability to internalized racism and self-deprecation. The obvious impossibility of his assimilation among the whites he serves, and his painful isolation from his own community, are a warning that there is no freedom in dissociation from the suffering of our brothers and sisters. When those of us who are relatively privileged participate in society's defamation of people of color, we injure ourselves.

Lawrence's admonition strikingly applies to Asian American claims to whiteness. Inherent in these claims is a rejection of self, of community, and of coalition with other Asian Americans and others of color. Also tragic is the drive toward an assimilation that will never be achieved and the divisive isolation that Ozawa's and Thind's petitions enacted by blatantly rejecting difference. Lawrence's words warn of the lonely place that is the path to white acculturation. “There is no freedom in dissociation from the suffering of our brothers and sisters,” he writes. These words remind us that, today, we are not so far removed from the dilemmas Ozawa and Thind confronted.