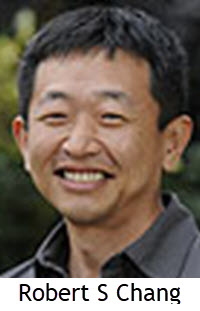 One immediate problem in trying to decipher the conflicts described above is the slippage between ethnicity and race. “Latino” is posed in opposition to “Black,” suggesting that both “Black” and “Latino” are racial categories. “Korean” is posed in opposition to Latino, yet the quoted source is a “Colombian-born” immigrant. Here, “Korean” appears to be an ethnic designation while “Latino” appears to be a panethnic one, with an immigrant from Colombia being subsumed under the panethnic Latino designation. The Korean-Black conflict might be characterized as one between a racialized ethnic group and a racial group, at least within the ethno-racial vocabulary of the United States.

The question of ethnicity and race was raised during the early LatCrit Colloquia, Conferences, and Symposia, as was the implicitly related question or claim of Black exceptionalism and its relation to LatCrit Theory. Engagement with these questions seems to have dropped off after LatCrit III and, as a result, ethnicity and race have been undertheorized in LatCrit. At the level of theory, the result is a diminished capacity to describe and address Latina/o subordination as well as a diminished capacity to theorize minority-minority conflict. At the level of politics, it jeopardizes the possibility and durability of coalitions. 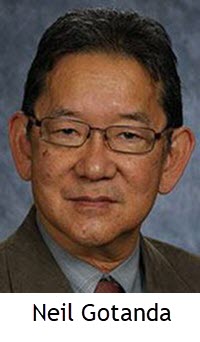 In 1997 at the first annual LatCrit Conference, Juan Perea made a call that was heard by one of us as an attempt to shift the terms of the debate with regard to Latinas/os to ethnicity rather than race. He stated that “[t]he concept of Civil Rights is so dominated by the Black/White binary understanding of American racial identity that it is currently of little utility for Latinos” and that “[t]he concepts of ethnicity and ethnic identity may be the most appropriate set of group traits for amplifying our understanding of race in a way that discrimination against Latinos/as can be recognized and understood.” Later that day, Ian Haney López responded to Juan Perea's invitation to explore the question of Latinas/os and race and ethnicity, arguing that “[w]hile ethnicity offers a powerful paradigm for conceptualizing Latina/o identity, one that has been extensively and fruitfully used, . . . race remains indispensable to understanding Latino/a experiences and to improving the welfare of Latino/a communities.” Both Perea's and Haney López's positions contained some notion of the relationship between ethnicity and race. But while each took a position with regard to the more relevant concept for addressing the Latina/o condition, neither fully articulated the relationship between ethnicity and race.

Though this exchange was a great setup for an important discussion, the issue seems to have been resolved in favor of using the term Latina/o without any theoretical consensus or resolution. Our observation is that the Latina/o category that emerged after LatCrit III has primarily been a panethnic designation. Here, we use panethnicity as elucidated by Yen Espiritu - a conscious coming together of ethnic and national-origin groups in a new umbrella group. The problem, though, is that panethnicity may not sufficiently address the race question. We note one divergence based on regional focus: LatCrit scholarship on the Caribbean, Caribbean immigrants, and the North-South Dialogue tends toward an ethnicity or panethnicity analysis while LatCrit scholarship on the Southwest and Mexican Americans tends toward an implicit race analysis. This is admittedly a crude breakdown, but it may reflect a theoretical divide that has been left unaddressed as a matter of politics. With regard to intra-Latina/o solidarity, the call of panethnicity may unite; the call of race may divide.

These questions suggest a re-examination of the relationship between Latinas/os with African Americans and Whites in at least two ways: (1) at the theoretical level of the Black/White racial paradigm and (2) at the political level with regard to coalitions. With Perea, the move to ethnicity goes hand in hand with his critique of what he calls the Black/White binary paradigm of race. There is a danger that Perea's analysis allows Black/White race relations to be sidestepped in order to explore ethnicity with regard to White/Latina/o relations as a phenomenon independent from the broader current of American race. Haney López responds directly to Perea's first move by demonstrating the racialization of Mexican Americans in the Southwest and thus the salience of retaining race in LatCrit Theory. Leslie Espinoza and Angela Harris respond to Perea's second move with their concerns about what a rejection of the Black/White racial paradigm at the theoretical level would do to relations between Latinas/os and Blacks. In their co-authored piece, in which they retain their individual voices, Angela Harris sets forth the “Black exceptionalism” claim:

that African Americans play a unique and central role in American social, political, cultural, and economic life, and have done so since the nation's founding. From this perspective, the “black-white paradigm” that Perea condemns is no accident or mistake; rather it reflects an important truth.

Harris goes on to state:

As important as these questions are, there has been surprisingly little engagement with the challenge that the Black exceptionalism claim poses to LatCrit. When it has been taken up and engaged beyond a footnote reference, the authors have primarily been Black, speaking both within and outside of the LatCrit context. The lack of engagement might stem from an unarticulated effort to ease coalitions among the diverse groups that meet under the rubric of LatCrit. Angela Harris hints at this possibility when she states that “[t]he argument for black exceptionalism is usually not articulated in mixed company in the interests of interracial solidarity.” But this kind of politeness leaves unanswered questions about the relationship of Latinas/os to the Black/White racial paradigm, along with the related question of whether Latinas/os constitute a panethnic or a racial group or some hybrid. As a result, ethnicity and race remain undertheorized in LatCrit, which can also weaken in the long run coalition with other groups.

George Martinez at LatCrit II called for Mexican Americans to “embrace a non-White identity to facilitate coalition building with African-Americans.” We believe that one barrier to this is the lack of resolution of the ethnicity versus race question. As we noted earlier, Latina/o panethnicity dodges the race question and permits the following kind of White identification. The U.S. Census for 2000 reports that 48% of Hispanics identify as White, 2% as Black, 6% as belonging to two or more traditional race categories, and 43% self-identifying as “some other race.” Perhaps

[m]ore importantly, whiteness is clearly associated with distance from the immigrant experience. Thus, the U.S.-born children of immigrants are more likely to declare themselves white than their foreign-born parents, and the share of whiteness is higher still among the grandchildren of immigrants. In addition, the acquisition of U.S. citizenship is associated with whiteness. For Latinas/os, the persistence of the claim to Whiteness in the face of discrimination must be noted. We would urge LatCrit to re-visit Martinez's argument in his article about the racial construction of Latinas/os.

At the level of theory, what kind of scholarship would provide for LatCrit a more clear disclaiming of the legacy of Whiteness? It might include a more critical examination of cases such as Mendez v. Westminster that have played an important role in the critique of the Black/White racial paradigm. Reynaldo Valencia notes that Mendez has been denoted as the Brown v. Board for Latinas/os. He goes on to note the intervention in that case of the African American, Japanese American, and Jewish American communities, marking it as “one of the earliest examples of successful coalition building among communities of color.”

We can compare Valencia's reading with the account of Toni Robinson and Greg Robinson, who offer a more cautionary tale of the coalitions that emerged from this litigation. Rather than a “golden moment of intergroup unity among Latinos, Asian Americans, and African Americans,” they note that there were important differences with regard to the legal arguments advanced by the litigants and the amici on appeal. The most serious breakdown was based on race, and the stipulation that the litigants in this case were members of the White race. As a result, the primary legal argument of the original plaintiffs on appeal in this case was that the California legislature had not authorized the segregation of Mexican American children. The amicus brief that the Japanese American Citizens League participated in, as well as the amicus brief filed by the NAACP, went much further. Robinson and Robinson conclude by stating that “[a]lthough the Mendez case did not lead the Mexican Americans to identify themselves as a minority in common cause with the Japanese Americans or African Americans at that time, the case did help cement the alliance between the JACL and NAACP,” which went on to participate in each group's efforts to combat discrimination. We learn that one of the leading Mexican American civil rights lawyers, who participated in Hernandez v. Texas, initially thought that Brown v. Board of Education had little to do with the Mexican Americans and their efforts to achieve educational justice.

As questions of LatCrit theory and LatCrit politics, it is crucial that we examine closely the positions and actions taken in past and present racial coalitions. We firmly believe that the “race question” in its theoretical complexities of ethnicity versus race, the coalitional diversions illustrated by our binary and multigroup analytical model, and the political imperative to re-examine “Black exceptionalism,” should all be part of a LatCrit agenda. Failure to examine these questions will lead to ruptures such as the one that followed Hernandez v. Texas or failed opportunities to move forward on our anti-racist agenda.