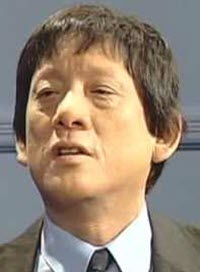 A stereotype is the imposition of an unfair depiction of a particular group (usually defined by ethnicity, race, class, or gender) resulting in the systematic disadvantage of members of that group and/or members of an implicit comparison class.

1960s  Civil Rights Movement The term "model minority" is first used in print in the New York Times Magazine (Jan. 6, 1960) in "Success Story: Japanese American Style" by sociologist William Peterson.  He argues that Japanese culture with its family values and strong work ethic saved Japanese from becoming a "problem minority."  A similar article using Chinese Americans appears in U. S. News and World Report(Dec. 26, 1960).  The "Model Minority" thesis is used to discredit the Civil Rights movement.  If one minority is singled out as "model", then this implise other monorities are not. The stereotype is used to pit one minority against another using the mechanisms of "racist hate" and "racist love." 1970s  U. S. loses Vietnam War.  Southeast Asian refugees take over American jobs.  Japanese auto industry muscles out Detroit.   Articles on model minorities have sidebars expressing the white resentment of Asian American success.  The "Model Minority" thesis used to accuse whites of becoming soft.  Whites are afraid of economic competition with Asia. 1980s  Reaganonics and the "Winter of Civil Rights".  In 1984 Reagan cites that the median household income for Asian Americans is higher than the national average.

Can you think of why these statistics are seriously misleading?

Articles of model minorities such as Newsweek's "The Drive to Excel" (April 1984) and Time's"The New Whiz Kids" (August 1987) start to focus on Asian American success in school.

The "Model Minority" thesis is used to attack Affirmative Action programs for minorities and other advances of the Civil Rights period.


The "Model Minority" thesis is used to justify fiscal cutbacks.

Murray and Herrnstein publish The Bell Curve (1994) which argues that Asian Americans and Jews are genetically superior to African Americans.

The "Model Minority" thesis is used to accuse Americans of losing the "hardworking immigrant spirit."

The "Model Minority" myth is exposed as a social construct that denies many Asian Americans access to much needed social services.

Journal #4.
Analyzing the Statistics about the "Model Minority"
"There are three kinds of lies: lies, damned lies, and statistics."
-- Benjamin Disraeli
"Statistical thinking will one day be as necessary for efficient citizenship as the ability to read and write."
-- H. G. Wells

It is not until the 1980 census that scholars have come up with more accurate data since more sophisticated studies have been done on the census.  Prior to the 1980 census, many more variables were left out as well.

. . .Asian Americans actually tend to be under compensated in terms of the number of years that they have invested in their education.

More importantly, Asian Americans are a heterogeneous group.  The median income does not give information about the spread of incomes around the mean.  Suppose, for example, that the distribution of incomes is bimodal.  How would the average median income be misleading?

For those of you who want a good laugh, ask Grace Hsu to look at her solution.