Fear of a Latin Planet: An African American's Advice to Our Soon-to-be Largest Minority Group


Fear of a Latin Planet: An African American's advice to our soon-to-be largest minority group 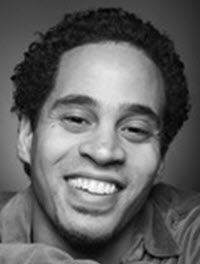 I got the idea to write this letter after seeing the Puerto Rican Day Parade on TV this summer. Nothing struck me as different about the event until a Latina announcer commented, "In five years, Latin Americans will be the largest minority group in America, 13 percent -- surpassing African Americans."

"Damn!" I thought with a slight but concerned smirk, "Where's that gonna leave us?"

I pondered the thought of African America's shifting relationship with the mainstream. Would Hollywood replace the buffooning, politically nonthreatening black sidekick used in buddy flicks with a Hispanic counterpart? Would black people no longer have exclusive access to that great political and economic tit called White Guilt?

But my thoughts and concerns were only fleeting because, priding myself on being progressive, I realized that things change. So I decided, in good faith, to write you a note. Sort of a passing on of wisdom from the old guard to the new.

First: Don't change the name of your group every 15 to 20 years. You've progressed from Spanish to Hispanic to the more appropriate Latin American. Stick with that. Changing labels only confuses matters and reeks of cultural and social schizophrenia. And it's embarrassing when outsiders start asking, "What are youze people calling yourselves now?" Hell, just look at our dizzying trek through names -- from Colored to Negro to Ethiopians (if you were down with Marcus Garvey), Asiatic (if you were down with Elijah Muhammad), to black to Afro-American to Nubian to African American. Oh, and don't forget nigger (which wasn't our idea), or nigga. Bottom line: Simplicity and consistency work.

Next: Copyright all jargon, colloquialisms, and slang terms you invent. Pop culture works from the bottom up, and it usually draws its language from African-based minorities. Protect yourself and get the whole enchilada. (Hey! You may want to start with that one.) If the terms hit big, you get paid. If they stay local, at least you retain control. God knows we'd be gazillionaires had we just copyrighted things like rock 'n' roll, jazz, rappin', booya! and that greeting for the 21st century, Wuzzuuuuup!

Since you'll be the top dog minority, universities and corporations will start accepting more of you to "diversify" their appearance. If you are the person picked, don't fully believe the I've-made-it hype. You are a political and economic tool, so think and move accordingly. Use the resources from that place to build something lucrative for yourself and your people. And do it quick, before Republicans start thinking they've paid whatever debt America owes you and start taking shit away.

Also, nip that division along dark/light complexions in the bud. Don't think folks aren't listening when, for instance, non-Dominicans call Dominicans "the niggers of the Latin world," or say that Mexicans are lowest on the Latin totem pole. In the mainstream's eye, a nigger can be a spic, but all spics are niggers (you just got off the slave ships a little early).

My final piece of advice has to do with politics. In the event of a fight for civil or human rights in this country, don't let the media pick your leaders. I bring up this point because when you become the largest minority group, things will prove to be interesting. With your numbers rising in states like California, the minorities (Latinos, blacks, and Asians) become the majority -- and New York, Texas, and Florida are soon to follow. When the "majority" starts to feel the squeeze, look out for the backlash and the slipping away of rights and services. After you start voicing your discontent, the media will pick a moderate figure from your group -- someone who has no interest and no connection to your angst -- to quote and put in the spotlight.

There you have it. I hope my suggestions are useful when you're passed the scepter of "majority minority" in 2005. These words, though they're premature, should help ease you through a future you'll spend maneuvering through that double-edged and fork-tongued acceptance by the mainstream.

When your day finally arrives, we'll simply set a bigger place at the table and enjoy the company as we all keep white America guessing about who's coming to dinner.

Marcus Reeves is the Publisher and Editor-in-chief of TellSpin.