Rethinking the Language of Race and Racism 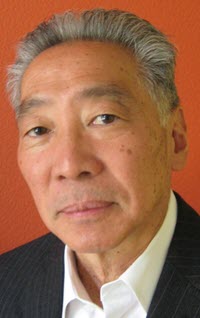 When, indeed. I think that Mayor Brown's comments illustrate an emerging hegemonic understanding of race and racism in the post-civil rights era. A new "common sense" understanding about the meaning of race in social and political life has been ascending — one that has dire implications for contesting persistent forms of racial inequality.

The first theme of the new racial "common sense" posits that since there is no biological reality to the concept of race, it is therefore bereft of any social meaning. While biology-based arguments regarding race continue to surface, such notions have been roundly discredited in the sciences. This has led to the popular argument that race should not matter since "races" do not really exist. For over a year, the American Anthropological Association, in response to the President's Initiative on Race, engaged in a vigorous debate regarding whether the concept of race retains any meaning at all as an analytic category when biological definitions have been so thoroughly discredited. Having been challenged as a "scientific" category, race is now regarded as a questionable social category, a myth that perpetuates forms of false (racial) consciousness.

The second theme of the emergent racial "common sense" is the incessant call to "get beyond race" to "get over it." The use of the "race card" in politics, as well as in the courtroom, has been widely criticized from positions across the political spectrum. Some on the political right, like Dinesh D'Souza, have proclaimed the "end of racism," while condoning forms of "rational discrimination." Progressives such as Todd Gitlin, bemoaning the weakness of the American left, have accused identity based-social movements of "essentializing" race, and subverting the advancement of a universal political subject and unified political movement. Race is seen as a smokescreen, an apparition that detracts our collective attention from focusing on the "real" issues of class-based economic inequality or political disempowerment.

We now exist in a period where everybody (with the exception of self-proclaimed white supremacists) claims to be "anti-racist." That said, contemporary discourse is littered with confused and contradictory meanings regarding race and racism. Many whites, and some people of color, believe that the goals of the civil rights movement have been achieved, that racial discrimination is a thing of the past, and that we are now a truly "color-blind" society. Given this transformed political landscape, race-conscious remedies, policies, and practices — such as affirmative action, minority set-asides, redistricting strategies — are increasingly critiqued, contested, and dismantled. Recently, U.S. District Court Judge William Orrick rejected the San Francisco Unified School District's "diversity index" for assigning children to schools because it included race as one of four factors. Any hints of race consciousness are now suspiciously viewed as racist and impermissible in a good, just, and supposedly color-blind society.

The new racial "common sense" did not emerge full-blown, but has developed since the late-1970s with the rise of neoconservative thought. Well-supported through a network of foundations and think tanks, neoconservatives have profoundly re-articulated the language of race and racism of the civil rights period, widely disseminated their views through varied media outlets, and dramatically influenced both state and private-sector policies and practices. Neoconservative discourse has emphasized de jure discrimination, individual rights, and "colorblind" remedies. Racial inequalities are not seen as a structured social reality. The more radical elements of the civil rights vision are contained. Neoconservatives have captured the moral high ground with respect to race, and no sustained credible challenge has yet to emerge.

Indeed, I believe that in the present political moment we are witnessing the relative exhaustion of the traditional civil rights paradigm. In many institutional arenas, formal legal equality has been significantly achieved. Substantive racial inequality, however, remains, and in many cases, has deepened. There is a pressing need to both challenge the current appropriation of civil rights discourse in the guise of "colorblindness," and — at the same time — to rethink the capacity of state and other institutions to deal with persistent forms of racial inequality. In developing a truly effective anti-racist strategy and practice, we need to be attentive to how we deploy specific concepts of race and racism.

Let me briefly survey three topics in this regard: the issue of racial classification, the notion of racism as hate, and the question of addressing conflicts between communities of color.

The issues presented here suggest the need to develop a new language of race and racism attentive to the times. Neoconservatives, as attorney Victor Hwang of the Asian Law Caucus notes, have “taken our words” and have reframed the debate about race in support of “colorblind” remedies, policies, and practices. While supporting de jure desegregation and individual equal opportunity, neoconservatives remain blind to persistent forms of structural inequality that continue to make race matter. We need to frame a new language — a new way to talk about race — that explicitly confronts the nature of racialized power in our society, and articulates and advances new principles of social justice. Such a language needs to emphasize the continuing importance of social concepts of race, an expansive definition of what is racist, and the necessity of confronting conflicts between communities of color. Such a new language cannot simply be supplied by theorists from above, but must emerge from an active engagement and dialogue between critical race theorists and frontline practitioners. I, for one, look forward to this emerging conversation.

This speech was given at the symposium on “Reconstructing Legal Paradigms: Synthesizing New Racial Theories and Legal Strategies for Social Justice,” sponsored by the Asian Law Journal, Boalt Hall School of Law, January 29, 2000.

Associate Professor of Ethnic Studies and Acting Director of the Institute for the Study of Social Change at the University of California at Berkeley.