Whiteness as Audition and Blackness as Performance: Status Protest from the Margin 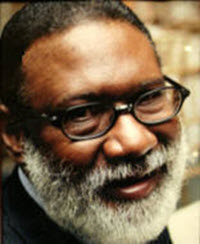 This essay responds to the introductory epigraphs. It seeks to make visible a white social identity that presents itself as abstract individualism while masking its support from systems of dominance. Against this hidden connection, blacks must not only represent our reality, but also advocate on its behalf to bring some balance to a form of dominant white voyeurism that places us in the ricocheting tension “between hypervisibility and oblivion.” Finally, I hope that my personal story provides an illustration of racialized experience that performs identity beyond this voyeurism and beyond what many whites cannot, or will not, see. In short, this essay addresses racialized identity (blackness) as performance and whiteness as audition. Moreover, as a marginal man, I view my marginality as a positive position from which to launch a status protest.

As sociologist Howard Winant points out, common approaches to the study of race have displayed “an insufficient appreciation of the performative aspect of race.” In looking at the performance of race, moreover, as Sarah Susannah Willie's study shows we gain a better appreciation of how race is “defined by both subject and situation.” Thus, context becomes a key focus point. In Willie's study of black alumni from Northwestern and Howard universities, she found that race was highly malleable and contingent. Her subjects reflected this through their descriptions of the ways they consciously acted white in certain settings and acted black in others. According to Willie:

Although they saw themselves as black, that did not mean they understood blackness as something simple or simplistic. The people with whom I spoke treated race as sets of behaviors that they could choose to act out, as expectations they had of themselves and others, as physical difference, and as ethnicity and subculture. Consciously negotiating their identities, even when there was sometimes very little room to do so, the men and women in this study described performing.

Acting black for me, however, is not a matter of vacillating from acting white to black in certain settings. I seek constancy, though I adjust to settings where my acting black defies conventional expectations and stereotypes but does not entail acting white. At this margin, strange though it may appear, sometimes acting black must be performed in personally unprecedented circumstances, representing a new experience even for the actor. When this is the case, life is not merely a script; it is often an improvisation. The performance of identity thus must be nimble and open to constant change. As Homi Bhabha says, “the question of identification is never the affirmation of a pregiven identity, never a self-fulfilling prophecy--it is always the production of an image of identity and the transformation of the subject in assuming that image.”

Non-white performance in a dominantly white setting has been a historical predicament. From 1790 to 1952, whiteness was a prerequisite for naturalized citizenship. From the first racial prerequisite case in 1878, a total of fifty-two cases were brought before such racial restrictions were eliminated in 1952. In these cases, immigrant applications for citizenship were assessed in terms of whether the applicant could perform whiteness. Indeed, the rights enjoyed by white males could only be obtained through assimilatory behavior. Under these circumstances, in social contract terms, white performance was the quid pro quo for white privilege. Today, this is still largely the quid pro quo, but this is a bad bargain for people of color.

In 1992, I wrote an article about the jazz saxophonist Archie Shepp in which I associated his “fire music” with critical race theory. In that article, I wrote something that is still pertinent: “As a form of oppositional scholarship, critical race theory challenges the universality of [combined] white experience [and] judgment as the authoritative standard that binds people of color and normatively measures, directs, controls, and regulates the terms of proper thought, expression, presentment, and behavior.” This essay is an extension of that earlier observation.

In focusing on the relational identities of black and white, I traverse the complex ground where identity and subjectivity interrelate. Julie Matthews points out that, “while 'identity’ and 'subjectivity’ are often used interchangeably, in contemporary social theory 'identity’ refers to the recognition of a person or thing. It is a strategic and relational entity that is 'marked out’ by symbols and does not signal a stable core of the self.” In performing identity, recognition by others often includes a deployment of “marked-out” symbols that undergird the process of audition. For me, the self-recognition aspect of performing identity is race-consciously subjective, where “[s]ubjectivity demarcates the site of feeling and consciousness.” As Matthews elaborates, subjectivity, in contemporary usage, “does not signal a unitary identity or source of agency, but a consciousness determined, regulated and produced by social relations and language.” Accordingly, I will explore what whiteness means to me as a black man; what it means not only as a concept, but also as an operational influence in the performance of my own racial identity. Race consciousness is my springboard.

Thus introduced, this essay proceeds in four parts. Part I examines the audition frame of dominant, standard-bearing whiteness as it subjects black identity to perform against a backdrop of white narratives that portray oppositional dualities of representation where white images are positive and black images are negative. Here, individually holding white privilege may appear to be benign, but that privilege is not held independently of group-based white supremacy, dominance, and power. Part II discusses the operation of a racialized identity that implores blacks to re-invent themselves as they perform within a framework of whiteness as audition. This performance often places blacks at the margin of dominant society's expectations. Part III incorporates the sociological analyses of Robert Park, Everett Stonequist, and Everett Hughes in discussing performance as a status protest rather than as accommodation, assimilation, or retreat. Under my analysis, marginality is translated into a positive orientation. Finally, Part IV looks at black identity's diversity within itself, raising the issue whether dominant society is inclined to subordinate African-Americans and, at their expense, reward those blacks who are not descendants of slaves. Self-conscious adoption of a diaspora identity may help blacks to transcend intra-group conflicts and establish common operational grounds based on our collective hybridity.

In January of 2005, there was an unusual exhibit at the International Center of Photography, entitled “White: Whiteness and Race in Contemporary Art.” This exhibit was unusual because references to race are usually not centered on whiteness; in contemporary art, one expects the subject of race to center on non-whites. According to Maurice Berger's introduction to the show, “[i]n mainstream American society and culture, whiteness remains an ever-present state of mind and body, a powerful norm so pervasive that it is rarely acknowledged or even named.” This awareness directs whiteness studies that reflect, in part, the emphasis of the exhibit, which focused on contemporary artists deliberately examining racial myths and constructs.

If I were white, I would welcome this exhibit. I would want to engage in the critical study of whiteness and its racial identity formation, white privilege, and the need to examine what this means in relation to others, both white and non-white. This undertaking would attempt to unmask white privilege and reveal what is hidden within a white social psychology that discounts the racialized realities of being white. Even within a world of normative color-blindness, race matters too much and not enough; never just right.

As with the photography exhibit, in this essay I have tried to examine whiteness beyond myth. More particularly, I have looked at whiteness as a relational concept that directs the identity performance of non-whites. How does identity performance play out for people of color like me, who are sufficiently free from the most severe racial constraints? For us, race issues prescribe our interaction with and relation to whites in non-traditional settings and circumstances that are white dominant, but not exclusively so. As putative peers, what does “their whiteness” mean for “my blackness” ? As putative peers, must we be racially similar for me to meet their comfort levels and expectations of suitability or merit? And if I do not approximate racial similarity to whites, what risks of marginalization will I encounter? Must I wear a mask that resembles me in order to pretend to be me?

Performing racialized identity is tricky and messy. For blacks it should not mean that the quid pro quo for dignity, respect, acceptance, and enabled opportunity is assimilatory behavior. Until we are able to strike a better bargain, the social contract will remain an unconscionable one. While whites focus on dismantling white privilege, people of color must not reinforce white privilege through our attachment to it.

All of us--native born and immigrant--must re-negotiate the script, direction, and production of the American drama. For this to occur, a truly open society and multiracial democracy must incorporate people of color, rather than assimilate them. Incorporation requires dominant white society, as the host society, to accommodate people of color in new ways. According to David Theo Goldberg, the principle of incorporation “involves the dual transformations that take place in the dominant values and those of the insurgent group as the latter insists on more complete incorporations into the body politic and the former gives way.”

Those of us who press for incorporation should not accept the mere extension of dominant values and protections that may accrue to us as individualized, integrated tokens. We must not reify bad relations that allow us to enter the doors of opportunity while shutting out most of our own social groups. As conceived here, incorporation is an attempt to establish an open society. The body politic, the cultural habits, the societal organization, and the institutional arrangements would become means for transformation and domains for strategic contestation. From within pockets of relative privilege, performing our non-white identity must seek incorporation in a manner that undermines and alters what is, in Goldberg's view, “the dominant, controlling, confining, and periphrastic values of the culturally dominant.” As Goldberg has explained, “incorporative undertakings are transgressive, engaged by definition in infringing and exceeding the norms of the monocultural status quo and transforming the values and representations that have held racist culture together.”

The call of the day is for insurgent incorporators. Performing one's racialized identity should begin here. Where it goes from there is not simply anyone's guess, it is where we take it. Whites, too, must be subject to audition, an audition of humanity that connects us all. I end, then, with the insight of Patricia Williams:

With regard to all these configurations, let me just say that I am certain that the solution to racism lies in our ability to see its ubiquity but not to concede its inevitability. It lies in the collective and institutional power to make change, at least as much with the individual will to change. It also lies in the absolute moral imperative to break the childish, deadly circularity of centuries of blindness to the shimmering brilliance of our common, ordinary humanity.