A Human Rights Crisis under Our Roof: United States, Nicaragua and Guinea 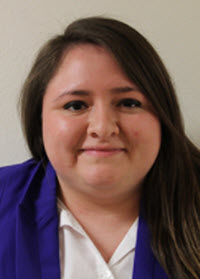 As an immigration attorney who represents people fleeing persecution in their country, I am no stranger to studying and analyzing civil and human rights crises around the world. After all, the highest grants of asylum come from countries that have demonstrated violations of human rights to different extents. The countries with the highest asylum grants are China, Venezuela, El Salvador, Guatemala, Honduras, Egypt, Mexico, India, Russia, Syria, and Pakistan. In China, government authorities attempted to repress people's right to free speech and political participation. In Egypt, government security forces tortured and disappeared political dissidents with impunity. In Syria, the government, armed anti-government groups, and ISIS detained, kidnapped, and tortured thousands of civilians. In Russia, the government rounded up and tortured men who they suspected of being gay.

Personally, I represented people from Guinea, Nicaragua, Guatemala, Cuba, and other countries. When I represented Guineans, I learned about political and ethnic violence towards the Peul people. In relation to Nicaragua specifically, I read about President Daniel Ortega's increasingly authoritarian government and violence towards political opponents. While representing a Guatemalan, I learned indigenous women experience increased violence because of their gender and ethnicity. When studying Cuba, I learned the government views Cubans as opposing the revolution if they do not stand with it.

After hearing my clients' stories and learning about their countries, I understood how a country or government can begin to commit and perpetuate crimes against humanity. I never thought, however, that I would find myself comparing the conditions in countries like Nicaragua and Guinea to the conditions in the United States of America and realize the recent events in the United States surrounding the George Floyd protests signal a human rights crisis in our country.

On May 25, 2020, a Minneapolis police officer murdered George Floyd, a black man, for allegedly using a counterfeit $20 bill. Protests and civil unrest erupted in at least 140 cities around the country. Police officers used tear gas and fired rubber bullets into the crowds. Police officers also punched, kicked, pepper-sprayed, and drove vehicles at peaceful protesters leaving protesters injured, many with life-threatening injuries. The actions of American government officials and police officers during and in the aftermath of the protests resonate deeply with the actions of government officials in Nicaragua and Guinea, countries that have long been categorized as violators of human rights. In simple terms, the United States has a human rights crisis.

Although racial violence existed before Trump took office, his leadership and administration exacerbated racial and political tensions in the United States creating an unprecedented human rights crisis in the country. He repeatedly and intentionally failed to condemn state violence on the basis of race. Instead of holding his federal agents accountable for illegal arrests and violence, Trump justified their actions as legal. Trump's presidential campaign is running on law and order instead of peace and unity. Prior to the George Floyd protests, Trump called White supremacists “very fine people.” He did not and has not condemned White supremacists' groups. Everything Trump has fueled in recent times is what my clients fled from in Nicaragua and Guinea. It terrifies me that I see parallels between the United States and other countries around the world that so willfully persecute people on the basis of race, nationality, political opinion, religion, and membership in a particular social group. Violence towards protesters, elected officials, and journalists in the United States is an unnerving reminder that our country, democracy, and humanity are in crisis.

Aglae Eufracio is an immigration and human rights attorney in Brownsville, Texas.