Anti-Discrimination Law and Systemic Racism: Challenges for the European Union (EU) and the Nordic Countries 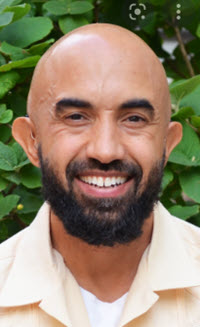 The year 2020 marked the 20th anniversary of the adoption of the European Union’s Race Equality Directive (2000). It was for the EU a wide implementation of a principle of equal treatment between persons irrespective of racial or ethnic origin. Since its adoption, the directive has served as a standard for antidiscrimination law, and the legal, institutional, and political recognition of racial and ethnic discrimination across the EU. In this chapter, the argument is made that the concept of discrimination in the Race Equality Directive does not encompass, recognise nor address ‘systemic racism.’ The latter includes any possible racial, ethnic or other related group differences, inequities, stratification or hierarchy in the access to, enjoyment or exercise of rights across areas of society.

By contrast, the concept of discrimination in the International Convention on the Elimination of All Forms of Racial Discrimination (ICERD)—adopted in 1965 prior to the recognition of the term ‘institutional racism’—does encompass systemic racism. However, more than half a century after ICERD’s adoption, its concept of racial discrimination has not gained any broader traction in the EU. To recognise and address systemic racism a paradigm shift is needed across the EU. This means shifting away from an understanding of racism as unfounded beliefs in ‘race’, as merely a matter of discriminatory acts or behaviours, and as socially exceptional or rare. The chapter concludes with some reflections on the sort of legal standards, political and public conceptions of, and discourses on, racism, racial, ethnic and related forms of discrimination, that need to be established to recognise and address systemic racism in the EU and in the Nordic countries.

Besides the 20th anniversary of the Race Equality Directive, this chapter was written against the background of the popularization of the term systemic racism by the global Black Lives Matter protests in 2020. These protests gave rise to a growing acknowledgment of the systemic nature of the racism affecting Africans and people of African descent. Prompted by the groundswell of global protests, in June 2020, the United Nations Human Rights Council (HRC) held an urgent debate on racially inspired human rights violations, systemic racism, police brutality and violence against peaceful protests. This led to the adoption of an HRC resolution that the United Nations High Commissioner for Human Rights prepare a report on systemic racism and the violations of international human rights law against Africans and people of African descent by law enforcement agencies. The report, delivered to the Human Rights Council in June 2021, presented an agenda towards transformative change for racial justice and equality. Among its objectives was to reverse cultures of denial, dismantle systemic racism and accelerate the pace of action. This chapter was conceived in this context. Its call to move beyond individual instances of ‘unequal treatment,’ assumptions that racism is socially rare or exceptional, and denials of the continued relevance of ‘race’ in the EU—may also be read as a European response to Critical Race Theory in the US. Likewise, its proposed conceptualisation of ‘systemic racism’ and its relevance to the EU, may be read as a cross-Atlantic contribution to conversations on how to theorize racism. Finally, this chapter offers philosophical (conceptual) investigations into issues of antidiscrimination law and race and may thus be read as part of a growing philosophical conversation about racial equality and justice.

5. In Conclusion—What will it take to Recognize Systemic Racism in the EU and the Nordic Countries?

There have been a few developments at the EU level, and in Sweden, in recent years that could be initial steps towards mainstreaming recognition and address of systemic racism. For instance, Article 1 of the European Parliament Resolution on the Fundamental Rights of People of African Descent (2019):

Calls on the Member States and the EU institutions to recognise that people of African descent are subjected to racism, discrimination and xenophobia in particular, and to the unequal enjoyment of human and fundamental rights in general, amounting to structural racism, and that they are entitled to protection from these inequities both as individuals and as a group, including positive measures for the promotion and the full and equal enjoyment of their rights.

What this article refers to as ‘structural racism’ could be interpreted in terms of what in this chapter is referred to as ‘systemic racism.’ Similarly, the European Parliament Resolution on the Anti-racism Protests Following the Death of George Floyd (2020) refers to ‘structural racism’ eleven times and states in the preamble that:

[S]tructural racism is also mirrored in socio-economic inequality and poverty, and these factors interact and reinforce each other; whereas this is particularly visible in the labour market, where the most precarious workers are people of colour, but also in housing and in education; whereas actions for equality and against structural racism must go hand in hand and be addressed systematically.

Albeit the resolution refers to “structural racism and inequalities” as if they be two different phenomena, in a charitable interpretation, the resolution calls on Member States to recognise and address systemic racism.

In the FRA report, Equality in the EU 20 Years on From the Initial Implementation of the Equality Directives (2021), FRA expresses “concern that phenomena of systemic or structural discrimination affect equal treatment,” and states that,

Data collected by FRA reveal evidence of structural discrimination across Member States, as illustrated by the findings on Roma and people of African descent in EU- MIDIS II and the Roma and Travellers Survey. These results indicate that people who experience some of the highest rates of discrimination also tend to face high and above average rates of material deprivation.

Even if such initiatives are steps towards some recognition of systemic racism—they do not represent the sort of legal, political, and public paradigm shift that is needed to fully recognise and address systemic racism.

1. A concept of discrimination that is not limited to the concept of equal treatment, direct and indirect discrimination—as defined by the Race Equality Directive—but encompasses equal (de facto) access to, enjoyment and exercise of (human) rights (including, social conditions of such equality);

2. A concept of discrimination that encompasses any possible racial, ethnic and other related group differences, inequities, stratification or hierarchy in (de facto) access to, enjoyment and exercise of (human) rights;

3. A concept of discrimination that holds states, governments, state institutions and policy makers responsible and accountable for recognising, monitoring and eliminating all forms of racial, ethnic and other related kinds of discrimination;

5. A broad material scope that includes all areas of society; and

6. Provisions for the establishment of mechanisms for the implementation of this expanded antidiscrimination law—for instance, legal processes, periodical policy reviews, monitoring of implementation by equality bodies and national human rights institutions, and comprehensive collection of equality data.

From a broad political and public perspective, among the factors that could help bring about a shift towards fully recognising and addressing systemic racism are:

1. Broad, mainstream recognition that racism, racial, ethnic and related forms of discrimination are broader than merely a matter of acts, behaviours, prejudice, beliefs, stereotypes, attitudes and/or sentiments—and that the social conditions, organization, structure or makeup of society can be racist or discriminatory too;

2. Broad, mainstream establishment of discourses and policy making that unambiguously recognises that society as a social system privileges the rights of some members on grounds of race, ethnicity and related forms of discrimination;

3. That ‘race’ and ‘racial discrimination’ are widely and unambiguously spoken of, recognised and addressed as such;

5. European states may have been allowed to linger into the present without ever being effectively and resolutely recognised, addressed or redressed as such. For example, the privileging of white Europeans and the disprivileging or subjugation of people of colour, or the negative social and international effects of European colonialism, enslavement, native genocide and suppression. While being mindful that, as is being noted by the above-mentioned EP resolution on the fundamental rights of people of African descent as well as the report from the UN High Commissioner for Human Rights which was mentioned in the introduction, this may call for corrective measures—including, reparations and other forms of redress.

6. Broad, mainstream discourses regarding how European states can become social systems that in their domestic, regional and international affairs are firmly based on equality of human dignity, rights and non-discrimination irrespective of race, colour, descent, ethnic or national origin.

Overall, the expanded understanding, recognition and address of systemic racism at the EU level—as outlined in this chapter—is probably needed for a similar change in those Nordic countries that are members of the EU, that is, Denmark, Finland and Sweden. Firstly, since these countries are unlikely to want to make any major changes in their antidiscrimination laws and policies that are not aligned with EU antidiscrimination laws and policies. Secondly, since these are ‘dualistic states’ to which international law does not directly apply unless it has been implemented in domestic law, the provisions of the ICERD are not mdirectly legally applicable or relevant to these countries.