The Use of Comparative African Jurisprudence, and the Judicialization of Politics 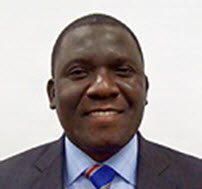 Military regimes, one-party rule, and "life presidents," once the norm in postcolonial Africa, have given way to elected and term-limited presidents and representative parliaments in countries like Nigeria, Ghana, Kenya, Senegal, Mozambique, Zambia, Tanzania, Malawi, Benin, Uganda, and Mali.

As elsewhere in the postauthoritarian world, constitutional reforms have underwritten the tentative democratic gains made in contemporary Africa. One common feature of these reforms has been the empowerment of Africa's judiciaries. Africa's revised constitutions grant designated national courts plenary authority to interpret and enforce the constitution, including, notably, new bills of rights.

Courts are presumed to be above politics and, as such, they can play a huge role in shaping policy and legal developments in ways that optimize legitimacy. This presumption has much to do with the very nature of law in that it tends to be instrumental from a *750 normative perspective. Constitutional courts, in particular, are meant to function as instruments of political legitimacy and stability, and thus can have a significant impact on policy and legal development.

This Article examines African constitutional courts' jurisprudence--that is, jurisprudence of courts that exercise judicial review--and demonstrates the increasing role of sub-Saharan Africa's constitutional courts in the development of policy, a phenomenon commonly referred to as "judicialization of politics" or a country's "judicialization project." This Article explores the jurisprudence of constitutional courts in select African countries and specifically focuses on the promotion of democracy, respect for human rights, and the rule of law, and presupposes that although judges often take a positivist approach to adjudication, they do impact policy nevertheless.

"The 1990s ... marked a critical high point for constitutionalism, the rule of law, and democracy in Africa ... a new dawn and the end of an era" of corruption, authoritarianism, dictatorships, and autocracy. Most African constitutions contain provisions that recognize and protect most fundamental human rights and courts have, albeit with some setbacks, tried to guard those constitutional values through judicial review of impugned legislation. In far too many countries, however, judicial review has had a mixed record. Some constitutional courts in the region have been more successful than others. Today, constitutions are a frequent site for *752 social, political, and economic struggle. State functionaries evoke their constitutions to justify the most undemocratic and coercive measures, even as opposition members seek recourse through the very same instruments to advance the cause of enhanced participation, expression, and access.

African politicians tend to selectively abide by judicial decisions and constitutional provisions. One commentator explained this phenomenon as follows: [I]n any African country at any given time more than one constitution may be in place. The written or textual constitution is also the aspirational constitution. Opposition leaders or elements and the citizens may clamour for the primacy of such constitution. The political incumbency often claims to follow such a constitution--sometimes even to the letter--but that is usually in rhetoric, or at best the leadership selectively abides by certain parts of the written constitution. Where it is obvious that the leadership feels frustrated by certain sections of the constitution and there is pressure or expectation for these to be followed, then amendments are engineered.

This Article is divided into the following parts. Part I presents the arguments for prioritizing African, as opposed to non-African, jurisprudence for judicial review.