Dreams of Liberation Bound by Bondage: Eradicating Slavery in Libya 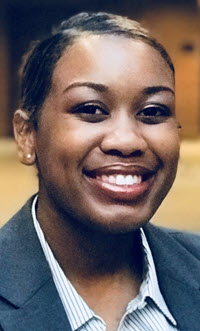 Freedom is the most basic, fundamental human right. In the Universal Declaration of Human Rights, the United Nations General Assembly declared that “[n]o one shall be held in slavery or servitude; slavery and the slave trade shall be prohibited in all their forms.” Despite the global emphasis on freedom, an estimated forty million people are denied this basic fundamental right worldwide. Unfortunately, global efforts to eradicate slavery have not achieved freedom for current migrant Africans auctioned and enslaved in Libya. Non-Africans are working with African traffickers in Libyan slave markets to sell African migrants. Suffering from the effects of the African Debt Crisis, largely due to the structural growth policies advocated by International Monetary Fund (“IMF”) and World Bank, thousands of Africans are left with migration as the only option for survival. Consequently, this leaves some of the most vulnerable people to be exploited via modern-day slavery.

Although many African migrants are aware of the high-risk of enslavement in Libya and the possibility of drowning in the Mediterranean, economic and social circumstances force these migrants to risk their lives in pursuit of a better life. Instead of extending humanitarian efforts to combat slavery in Libya, leaders of the European Union have focused their efforts on preventing migrants from reaching European borders and have offered incentives to the United Nations-backed Libyan government to combat migration. The incentives offered to stop the influx of African migrants by the European Union to Libya are destructive. Hundreds of thousands of refugees and migrants are detained and abused by Libyan authorities and smugglers who work together for financial profit. By supporting Libyan authorities in prohibiting sea crossings and detaining migrants, the European Union complicity contributes to these oppressive practices and the enslavement of African migrants. Instead of leaving many African migrants vulnerable to smugglers by combatting migration through Libya to the Mediterranean Sea, policymakers must first address the issues of several different countries in Africa and strive to alleviate the problems that cause African migrants to leave their homes. Despite international attention, few steps have been taken to combat the slave trade in Libya and the internationally recognized Government of National Accord must implement laws to eradicate slavery. Alternatively, an international body must intervene if the conflict-stricken political climate of Libya impedes change.

This note will first discuss the structure of the Libyan government and the slave trade. Next, this note will discuss why migrants leave sub- Saharan Africa and the dangers that ensue migration. Further, this note will examine actions that have occurred to attempt to eradicate this issue and discusses who must be held legally responsible for that failure. Lastly, this note discusses laws that must be enacted, how the laws can be implemented, and alternative solutions to creating laws. Even with the international ban on slavery and the global consensus on the evils of slavery, African migrants are subject to the perils of the Libyan slave market. The selling of African migrants in Libya is an atrocious violation of human rights and the selling of African migrants must be put to an end.

Currently, there are human beings that are being auctioned as slaves in Libya. Despite the outrage, global conversations, videos of slave auctions, and the testimonies of many refugees and migrants about the horrors of the slave market and the conditions in the detention centers, few steps have been taken to remedy the human rights abuses and violations happening in Libya. The pressure to migrate has rendered African migrants vulnerable and helpless to the perils of modern slavery.

Although the destabilized government in Libya presents a challenge, Libya must adopt Resolution 2388 (2017) and follow the conventions set forth by both the United Kingdom and the United States to combat modern slavery. Additionally, local, regional, and global actors must extend humanitarian efforts to aid with the implementation of legislation, enforcement of the legislation, prevention of human trafficking, and the protection of victims. Further, the various human rights violations in Libya should be reported to the African Court on Human and Peoples' Rights so that both human traffickers and corrupt Libyan authorities can be prosecuted. Regardless of the approach taken, this inhumane treatment of migrants and refugees must be stopped, and Libya should move quickly to eradicate slavery.