“Hands Up, Don't Shoot”: The Use of Deadly Force by Police Against Racial Minorities in the United States

Excerpted From: Isabella Nascimento, “Hands Up, Don't Shoot”: The Use of Deadly Force by Police Against Racial Minorities in the United States, 24 U.C. Davis Journal of International Law and Policy 63 (Fall, 2017) (209 Footnotes) (Full Document) 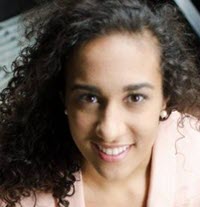 In 2015, the United States came up on Universal Periodic Review (UPR). Participating nations on the Human Rights Council repeatedly raised the prevalence of the use of lethal force, particularly against racial minorities, by municipal police departments. A separate submission to the United Nations Working Group of Experts on People of African Descent, entitled Excessive Use of Force by Police Against Black Americans in the United States, reported similar concerns. It reported that between January and December 2015, police officers killed over 1100 people in the U.S. Black Americans represented a grossly disproportionate number of those victims. The report noted that, “[s]tatistically, Black Americans are significantly more likely to die at the hands of police than white, Latino, and Asian Americans.” Yet, U.S. law enforcement officers are rarely held accountable for their actions. Investigations and prosecutions for the illegal use of lethal force by police are the exception. On the rare occasions when officers do face criminal charges, they are often acquitted. This pattern of police violence and discrimination against minorities--a cycle of impunity and lack of accountability--led to intense criticism of the U.S. during its UPR.

Because the U.S. has ratified various international treaties, it must uphold the legal obligations embodied in those documents. The treaties include the International Covenant of Civil and Political Rights, the International Convention on the Elimination of All Forms of Racial Discrimination, and the Convention Against Torture and Other Cruel, Inhuman or Degrading Treatment or Punishment. This then begs the following question: Do these instances of police use of lethal force against racial minorities in the U.S. constitute human rights violations, placing the U.S. in violation of its international obligations under the ICCPR, CERD, and CAT?

The answer to this is complex. First, the U.S.'s version of upholding the aforementioned treaties must account for the fact that the relationship between its state and federal governments exists within the framework of federalism. However, federalism--the decentralization of government--is not a concept unique to the U.S. and the challenge of overseeing local governance does not excuse the nation from its international obligations. Second, the U.S., like many other countries, has limited its ratifications of the above-cited international treaties through the inclusion of reservations, understandings, and declarations (RUDs). Yet, while altering the U.S.'s obligations, the RUDs neither completely lift them nor absolve the U.S. of the responsibility to ensure that remedies are available for violations. Third, even if the U.S. were willing to change its behavior, the international arena faced deficiencies of its own. Procedures for investigating illegal police use of force had not been adapted to reflect recent technological and scientific advancements. In 2016, however, the U.N. appointed two Working Groups and an Advisory Panel to revise the Model Protocol for a Legal Investigation of Extra-Legal, Arbitrary and Summary Executions.

This Comment considers whether the United States is in violation of its treaty obligations under the ICCPR, CERD, and CAT. Then, this Comment proposes a two-part solution to the U.S.'s likely non-compliance with international law. First, the Minnesota Protocol II and the Basic Principles on the Use of Force and Firearms by Law Enforcement Officials should be held as the baseline standard, the minimum guarantee that all law enforcement policies must reflect. Thus, an analysis of all law enforcement policies regarding use of lethal force must be conducted, starting with the major U.S. metropolitan areas, where the problem is most prevalent. If the law enforcement policies do not meet these standards, these international procedures must be immediately incorporated into their policies. The Department of Justice (DOJ) Civil Rights Division, which, until recently, had been spearheading the investigations into these incidents, should also analyze their policies against the international procedures and incorporate the procedures if their policies are not up to the minimum standard. Second, an independent investigative body should be appointed under the supervision of the Special Rapporteur on Extrajudicial, Summary and Arbitrary Executions to conduct both the analysis of policies and uninvestigated fatal shootings of racial minorities by police in the U.S.

This Comment hopes to advance a discussion that has only recently garnered national and international attention beyond the tightknit human rights community.

Section II will analyze the cultural backdrop against which this controversial topic arises.

Section III will outline the existing international legal regimes that govern police use of lethal force.

Section IV will apply this framework to U.S. domestic law.

Section V will offer a case study, applying the legal frameworks outlined in the prior two sections.

Section VI will offer the above-outlined, two-part solution as a way to bring the U.S. back into compliance with its international obligations.

This Comment analyzed some of the international law concerning the illegal use of deadly force by police against racial minorities in the U.S. It used the international legal framework as a backdrop against which to compare the U.S.'s domestic law governing use of force by law enforcement. As a concrete example, the Comment delved into the case of Michael Brown. The Comment concluded that the U.S. is in violation of its international obligations under the ICCPR, CERD, and CAT.

When police use deadly force without employing the international standards of necessity and proportionality, the right to life is eroded. When the resulting death is not considered suspect or when it is not investigated by an impartial body, the right to life is further diminished. And when the criminal justice system fails to hold the officers accountable, the right to life is rendered completely meaningless. The U.S. has failed to preserve the right to be free from racial discrimination and the right to be free from torture when the value of a Black life is less than that of another race-- either when more Black Americans are dying at the hands of police or the police fires more bullets into one body over another because of the color of his skin. Justice Sonia Sotomayor said it most eloquently in her dissent in Utah v. Strieff:

We must not pretend that the countless people who are targeted by police are 'isolated.’ They are the canaries in the coal mine whose deaths, civil and literal, warn us that no one can breathe in this atmosphere .... Until their voices matter too, our justice system will continue to be anything but.

The U.S. can be brought back into compliance with international human rights law, though. The U.S. must incorporate the Basic Principles on the Use of Force and Firearms by Law Enforcement and the Minnesota Protocol II into law enforcement policies and practices across the U.S. The international community must assign to the U.S. a new, international investigative body to apply the techniques described in Minnesota Protocol II in cases of suspicious deaths at the hands of police. Finally, this Comment is written in honor of the canaries in the coal mine, past, present, and future; may their voices matter too.