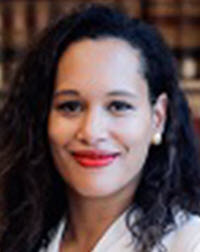 Racism, in all of its forms, is the underacknowledged human rights problem of our day. Variously defined, racism threatens the lives and rights of millions of people around the world. Despite outlawing racial discrimination through a multilateral treaty in 1965, governments continue to perpetuate and permit racism with impunity and individual acts of racism are commonplace. Its elimination remains an unrealized promise of universal human rights. This Article critically examines why.

The United States offers a sad example where, despite anti-discrimination laws and equal protection rights, the government has failed to protect its people from racism. Police continue to racially profile and murder African Americans at alarming rates, prompting public outcry but little remedy. Law enforcement efforts to curb rape and sexual assault have failed to protect Alaskan Native women, who experience disproportionately high rates of sexual crimes and murder. Latinxs report encountering discrimination by landlords and employers in their efforts to rent homes or interview for jobs, and a recent poll reports that 37 percent have been the target of racial slurs. Islamophobia against Muslims persists across racial groups. In June 2018, the National Association for the Advancement of Colored People (“NAACP”) documented the rise in racially-motivated hate crimes in America. In New York City, hate crimes against Jewish people were up by approximately 6 percent in 2018. Racist-motivated voter suppression, race-baiting speech by politicians, and pro-Nazi symbols have experienced a resurgence. Notably, 60 percent of Americans say the election of Donald Trump as president has worsened race relations.

Of course, racism is not isolated to America. It harms people around the world. Widespread accounts of racism documented by United Nations (“UN”) human rights groups evidence “the rise of racist hate speech and incitement to violence against the Igbo people” in Nigeria, the killing of “60 human rights defenders... many of who were engaged in the fight against racial discrimination and in monitoring the situation of indigenous peoples, and at the low level of investigation, prosecution and conviction in such cases” in the Philippines, and the fact that “black men from sub-Saharan countries are being sold in slave markets in Libya.” In December of 2018, the Special Rapporteur on Contemporary Forms of Racism, Racial Discrimination, Xenophobia and Related Intolerance, Professor E. Tendayi Achiume, visited Morocco and urged leaders there to take “immediate action on domestic racial inequality.” Unsurprisingly, racism is a global problem. Its harms know no national boundaries.

Courts struggle with the meaning of racial discrimination under ICERD and how to interpret it. Take, for example, the International Court of Justice's (“I.C.J.”) responses to the three cases alleging violations under that treaty that have been brought before it. In the first case, Georgia v. Russia, the Court was asked to make decisions about racial discrimination on the basis of ethnicity and, although the case did not proceed to the merits stage, the Court's order on provisional measures was vague in its discussion of the relationship between ethnicity and race. Similar interpretational challenges have arisen in a pending case by Qatar against the United Arab Emirates (“UAE”) where, in its order on provisional measures, the Court has struggled with the meaning of racial discrimination on the basis of nationality (which is not named in the treaty) as compared to national origin (which is). In the Court's order and dissenting opinions, the judges disagreed on how to interpret the definition provided in Article 1.1 of ICERD as to the meaning of racial discrimination on the basis of national origin.

Governments struggle with addressing racial discrimination, too. At the recent meeting of the 9th Ad Hoc Committee on the Elaboration of Complementary Standards, Professor Achiume articulated the tension between ICERD's Article 1 designation of an obligation that nations regulate “policies whose effect is to nullify or impair the equal exercise of human rights on account of differentiation on account of race, colour, descent or national or ethnic origin” with national criminal laws that often require a showing of intent. The representative from Bulgaria, Mr. Kanev, remarked that criminalization of racial discrimination has not worked in Bulgaria “except in cases when private individuals are involved in severe forms of racial discrimination when there may be criminal prosecution.” The representative from the United Kingdom acknowledged that hate crimes have no place in British society and discussed the problem of bias against black defendants in the criminal justice system. The South African representative stated that “racism was not defined in the ICERD... and yet [she believed] its meaning was understood” amid additional questions about how best to conceptualize racism and its relationship to xenophobia. Many members of the Committee affirmed the importance of better understanding the meaning and causes of racism in order to combat it.

Second, I critique as overly narrow international human rights law's conceptualization of the harm as one of racial discrimination. It does not reach the root causes of racism nor recognize the extent of its harms.

Third, I argue that the international community should explicitly name, define, and recognize racism, alongside racial discrimination, as a violation of human rights, worthy of protection under international law.

Fourth, I investigate racism's various meanings, its conceptualization through insights from neuroscience, and its framing in relation to international human rights. I argue that we need to move beyond the framing of racial discrimination to also account for racism, race as a form of human identification, and racial ideologies in our analysis. Although these concepts share important intersectional dimensions with xenophobia, class, color, ethnicity, national origin, and more, engaging those literatures is beyond the scope of this Article. By naming racism as a violation of human rights, this Article advances an explicit race-consciousness approach in human rights law that calls upon the human rights community to recognize its own relationship to racism's continued and extensive harm and to take more seriously racism's eradication.

Finally, I offer the following author's note. Legal scholars tend to avoid exposing personal views in our work, though our feelings and convictions nonetheless shape our scholarship. Here, I take a necessary departure from this norm. This Article arises from my research and thought as a scholar of human rights and international law. It also arises from my lifetime of experiences with racism as an African American woman whose family endured slavery and Jim Crow segregation. Writing about racism as a scholar and as a person who has suffered racism's effects is therefore inherently personal. Here, I explicitly acknowledge that.

Based on these experiences and because of them, I say this: If you are not outraged by the prevalence of racism in today's world, consider the depth of its harms. There's something particularly inhumane, morally reprehensible, and egregious about racism. Racism is a tool of oppression that has global reach. It works by dehumanizing individuals and communities not only by denying their inherent equality and dignity but doing so on the basis of a constructed category of race designed for the very purpose of separating humans into a hierarchy meant to permanently elevate some and suppress many. Racism's very nature is insidious. It is often rendered invisible by those who benefit from the social capital, economic power, and political currency that comes from exercising it, even as they use it to maintain their place of power within societal hierarchies. Given all of this and more, racism should be named, alongside racial discrimination, as a violation of human rights under international law.

This Article is organized into four Parts.

Part II argues that it should. The Article's signal claim is that racism should be explicitly named as a violation of international human rights. This section deepens definitional, conceptual, and theoretical understandings of racism and how its presence constitutes a violation of human rights.

Part III analyzes how international law might reach the problem of racism in the 21st century and identifies the challenges and limitations therein.

Part IV analyzes some advantages and anxieties that arise by recognizing racism as a violation of human rights worthy of protection under international law.