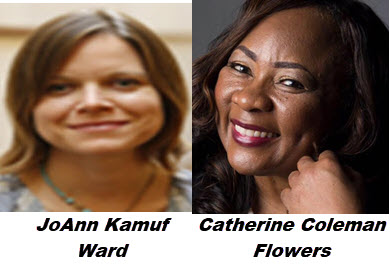 Securing economic and social rights protections has been central to the modern struggle for racial justice by African Americans--one of the longest standing human rights struggles in the United States. In 1947, before the adoption of the Universal Declaration of Human Rights (UDHR), the National Association for the Advancement of Colored Peoples (NAACP) submitted one of the very first petitions to the United Nations seeking to challenge the laws and policies then perpetuating inequality and discrimination and emphasizing that economic justice and social well-being were fundamental in changing the paradigm of vast racial inequality. Inequality could not be addressed without economic and social rights.

The United States, in partnership with global leaders, played a key role in articulating the UDHR as a foundational vision of human rights, one which recognizes that civil and political and economic and social rights must be realized together to ensure dignity and equality in practice. While the U.S. federal government has continually resisted the legal recognition of economic and social rights domestically, these rights comprise a core component of the international human rights corpus. Ongoing domestic struggles for racial justice illustrate the vital nature of that nexus, and highlight why prioritizing a particular category of rights subverts many of the aims of the human rights framework.

This piece emphasizes the centrality of economic and social rights to human rights and highlights how efforts that undercut economic and social rights threaten to harm communities historically marginalized and discriminated against, and to further entrench inequality. Our purpose is to contrast the full panoply of human rights found in the UDHR and subsequent human rights agreements with the narrow conceptualization of human rights likely to be espoused by the Commission, and to consider the implications of this narrowing. Specifically, we will highlight how a formal institution that is likely to promote a circumscribed vision of human rights will perpetuate a system where true freedom is enjoyed only by a privileged few--those who can afford it.

True freedom exists where individuals have the ability to participate in society on an equal basis, to influence decisions, and can enjoy to the conditions necessary to a life with dignity. Civil and political rights are necessary but insufficient. The ability to live free from discrimination and torture are part of the foundation. But those rights alone fall short. A narrow vision of human rights--one that places the onus of securing an adequate standard of living solely on individuals and defines human rights primarily as requiring a lack of government intervention--leads to the result that true freedom eludes many. This narrow vision requires a willful denial of what causes and perpetuates poverty.

To contextualize these developments, Part I briefly introduces the Unalienable Rights Commission.

Part II hones in on the fundamental interrelationship between economic and social rights and true freedom. It introduces core provisions of the UDHR that reflect this connection and draws from historical and ongoing struggles for racial justice in the United States. This section looks at current advocacy on the right to sanitation to illustrate the fundamental nature of economic and social rights.

Part III concludes with a discussion of the potential harms posed by the Commission if the imputed ideology behind it proliferates. This Part highlights several ways the Commission could contribute to narrowing the contours of human rights protections, moving away from the aims the global framework was developed to help achieve.

International human rights norms are grounded in the understanding that economic and social protections are vital to true equality and freedom. The United States was an earlier supporter of economic and social rights on the global stage, but has failed to recognize their legal status in the decades since the UDHR was adopted. The state of housing, health, and sanitation in the United States exemplify who is left behind when laws and policies are not intentionally calibrated to ensure an adequate standard of living for all. To improve quality of life and advance equality, communities in the United States and across the world continue to fight in the trenches to recognize and protect economic and social rights.

The United States' most recent effort to undercut globally recognized human rights norms is a state-sanctioned body, established to provide “fresh thinking” on human rights. The new Commission is currently positioned to delegitimize longstanding struggles for economic justice, using the guise of “unalienable rights” as a weapon to harm those already economically vulnerable, and to play gatekeeper on who is able to enjoy fundamental human rights and exercise freedom. The Commission should be denied that ability by scholars, activists, and media outlets who have the power and the platforms to re-affirm a global vision of human rights that is inclusive, comprehensive, and that we each deserve by virtue of our humanity, regardless of where that is, what we look like, how much money we have, or who or how we choose to love.

JoAnn Kamuf Ward is the director of the Human Rights in the U.S. Project at the Columbia Law School Human Rights Institute.

Catherine Coleman Flowers is the Founder and Executive Director of the Center for Rural Enterprise and Environmental Justice.