International Law, African Customary Law, and the Protection of the Rights of Children 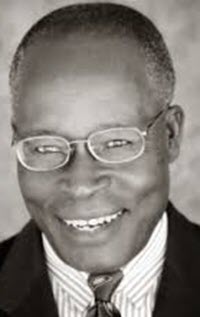 Since the end of World War II, international law has developed to more effectively protect the rights of children and minimize their exposure to various forms of exploitation. Consider, for example, the military exploitation of children. In 1977, the adoption of Additional Protocols I and II to the Geneva Conventions of 1949 allowed for the prohibition of the recruitment and subsequent use of children under the age of fifteen years in military activities. According to Additional Protocol I, “[c]hildren shall be the object of special respect and shall be protected against any form of indecent assault.”

In addition, “[t]he Parties to the conflict shall provide [children] with the care and aid they require, whether because of their age or for any other reason.” Perhaps, more importantly, “[t]he Parties to the conflict shall take all feasible measures in order that children who have not attained the age of fifteen years do not take a direct part in hostilities and, in particular, they shall refrain from recruiting them into their armed forces.” If, however, children who are under the age of fifteen years find themselves directly participating in hostilities and through the process, are captured by an adverse Party, “they shall continue to benefit from the special protection accorded by this Article, whether or not they are prisoners of war.”

The Rome Statute of the International Criminal Court (“Rome Statute”), which was adopted by the UN Diplomatic Conference of Plenipotentiaries on the Establishment of the International Criminal Court on July 17, 1998, at Rome and entered into force on July 1, 2002, also provides various protections for children. Specifically, the Rome Statute made it a war crime to conscribe or enlist children “under the age of fifteen years into the national armed forces” or to use “them to participate actively in hostilities.”

The Convention on the Rights of the Child (“CRC”), which was adopted by the UN General Assembly (“UNGA”) through its Resolution 44/25 of November 20, 1989, and entered into force on September 2, 1990, reaffirmed the prohibition against the military recruitment and use of children under the age of fifteen years. The CRC also provided a definition for a child: “every human being below the age of eighteen years unless under the law applicable to the child, majority is attained earlier.” Then, on May 25, 2000, the UNGA adopted the Optional Protocol to the CRC on the involvement of children in armed conflict (“OPAC”), whose main focus was the abolishment of the military exploitation of children.

States Parties that permit voluntary recruitment into their national armed forces under the age of 18 years shall maintain safeguards to ensure, as a minimum, that:

(a) Such recruitment is genuinely voluntary;

(b) Such recruitment is carried out with the informed consent of the person's parents or legal guardians;

(c) Such persons are fully informed of the duties involved in such military service;

(d) Such persons provide reliable proof of age prior to acceptance into national military service.

With respect to the recruitment of children for military purposes, the OPAC states that “[a]rmed groups that are distinct from the armed forces of a State should not, under any circumstances, recruit or use in hostilities persons under the age of 18 years.” In addition, OPAC mandates that “States Parties shall take all feasible measures to prevent such recruitment and use, including the adoption of legal measures necessary to prohibit and criminalize such practices.”

The term “child” is defined as “all persons under the age of 18” and the “worst forms of child labor” are defined as comprising:

(b) the use, procuring or offering of a child for prostitution, for the production of pornography or for pornographic performances;

(c) the use, procuring or offering of a child for illicit activities, in particular for the production and trafficking of drugs as defined in the relevant international treaties;

(d) work which, by its nature or the circumstances in which it is carried out, is likely to harm the health, safety or morals of children.

The focus of this article is the moderating role that international law, notably international human rights law, can play in the recognition and protection of the rights of African children. However, before we proceed, it is necessary that we provide an overview of the major international legal instruments designed to protect the rights of children.

It is important to note that how well a State enforces its laws and effectively protects its children is dependent, to a large extent, on the quality of the State's governance institutions. Thus, in addition to internationalizing constitutional law, as well as, bringing traditional and customary practices into line with international human rights law, the State must provide itself with a governing process undergirded by the rule of law. Such a governing process, at the minimum, must be characterized by the separation of powers with effective checks and balances, including an independent judiciary, a robust civil society that is capable of checking on the exercise of government power (and hence, able to contribute to the minimization of bureaucratic corruption), and a free and independent press. Fidelity to the rule of law implies that no one, regardless of their economic and political position or standing in society, is above the law. Such a governing process should minimize engagement by both state- and non-state actors in behaviors and practices that harm children and violate their fundamental rights.