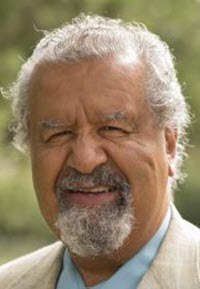 The Persian Gulf crisis substantially affected African-Americans as individuals and as a group. It triggered historically based issues that were important in the struggle for African-American empowerment, and also in international law. Those issues may have similar importance, mutatis mutandis, for other peoples and groups in a United States increasingly aware of its own pluralism, a United States in which by the year 2000 one of every three citizens will be a person of color.

African-Americans—perhaps the most prosperous part of the African diaspora  a critical historical moment, one shared, somewhat, with all Americans. Although the United States has indeed emerged as the sole superpower, it has done so without the resources needed both to project substantial global power and to meet the glaring social and economic needs of its own citizens. The shared sense of “critical moment” also emanates from the widespread realization that the very concept of “superpower” has changed in an era of more collective international politics and lawmaking, even as the vocabulary, planning reflexes and ambitions of Washington decision makers have not responded in kind.

But the nature of this historical moment is seen somewhat differently by African-Americans than by other citizens. The former perceive it through the filter of race and racism and the American and African-American responses to both. Often that process considerably changes both the moment's questions and its answers. The danger that a generation of young inner city African-American men will be lost and most of their people marginalized economically gives the moment an urgency not so apparent to many non-African-Americans.

Save for a few individuals (beyond General Colin Powell  we in Afro-America were not included in the policy debates and decisions either before or during the gulf crisis. We only participated peripherally in resolving the constitutional question of authorization to dispatch U.S. troops against Iraq when the Congressional Black Caucus voted unanimously (with one exception) against the resolution of January 12, 1991.  Congressman Ronald Dellums's noteworthy, but unsuccessful, attempt in federal court to block the President from exercising this authority must be counted as part of this effort.

Scholars in a dominant group or groups may reinforce the exclusion of African-Americans by supporting the horizontal study of the community, in the broad context of other excluded or outcast groups, rather than vertical study in terms of its own history, culture and victimization.  Thus, throughout African-American history, scholarship on black internationalism has generally been attributed to a “dangerous” black “left” and attacked for threatening existing patterns of dominance. Similarly, the consequence, if not the intent, of much U.S. scholarship about Africa has been to wash out the uniqueness of African history and experience by making broad horizontal comparisons and according scholarly validity to them alone. This and similar questions resulted a decade ago in a split in the African Studies Association and the founding of the African Heritage Studies Association. Such issues also likely explain historian Vincent Harding's well-deliberated decision to write his noted celebratory history of Afro-America, There Is a River, and not to write “a history of black radicalism in the United States.”

In this increasingly interdependent world since the gulf crisis, African-American empowerment has become a more complex issue. The linkage of African-Americans to other African peoples illustrates this complexity. For example, how should African-Americans respond to the North-South differences over apportioning the responsibility and costs of saving the global ozone layer? The United States and other industrialized states created a large part of the problem, though African-Americans benefited somewhat on a trickle-down basis. African and other developing countries claim to need the ozone-depleting chemicals for their nascent industrial bases and cannot afford, without major international subsidies, the technology that could ameliorate the problem.

Critical issues of empowerment, liberation and the rule of law, and especially the relationship between global and local concerns, are now confronting Afro-America as a community. Thus, one consequence of the UN enforcement action against Iraq was the rise of an African-American antiwar impulse.  At the same time, other African-Americans see the U.S. position as the sole great power as an opportunity that the community must not relinquish by calling for an exclusive focus on domestic issues. A primary goal of this article is to relate some of these concerns to international legal doctrines and decision making.

This article has explored interests that African-Americans have in international law, in light of the gulf crisis and of Interpretations I and II. I have argued that any understanding of “interests” must comprehend both their historical basis and their present resonance, as well as the tension in jurisprudence and methodology created by the inescapable linkage of these interests to Afro-America's trip into the future down Vincent Harding's River. These interests, and the interests that follow from, or inhere within, them, will help determine the progressive development of that law.

During the gulf crisis, the action of U.S. officials in suppressing or ignoring the prevailing opposition of Afro-America, as a people encapsulated in the United States, cast into question the legitimacy of the decision to use military force, despite African-American interests in an effective United Nations. Such exclusion from decisions so thoroughly affecting Afro-America, as a people with the right of self-determination, violates their right to be equitably included in the effective power process as an element of self-determination. The notion of legitimacy is amplified in the proposal made earlier in this article that the international legal system should characterize as illegal a state's use of force based on a claim of self-defense, if that state failed in its decision processes equitably to incorporate views of encapsulated peoples.

The comparative treatment of African-Americans under diverse jurisprudential approaches in international and American law supports, in part, the conclusion that their legal history incorporates a “jurisprudence of appeal” against local oppression. A more cogent African-American voice in international law is needed to apply this doctrine, and critical race theory may help provide that voice, although possibilities still lie in the New Haven School and similar realist jurisprudence.

I also considered in this article whether Afro-America would be better served by legally characterizing the gulf crisis as something other than a UN Security Council enforcement action. Resort to original NIEO constitutive principles in that regard did not suggest a definite answer, since the relationship of their invocation to African-American empowerment under present circumstances is unclear. At the least, invocation of NIEO principles in emerging international environmental law deserves further inquiry.

As this article goes to press, U.S. troops have landed in Somalia under UN Security Council authorization to ensure the provision of food to famine-starved Somalians. African-American interests are clearly involved, even if Desert Storm is not viewed as a partial precedent. Such interests include the maintenance by the United Nations of its integrity vis-à-vis influential member states, this time through closer coordination and direction by the Security Council and the Secretary-General of the scope and duration of military operations. They also include an expansion in the role of the Security Council as a guarantor of human rights, plus the precedent of a second-generation human right (to food) being enforced by collectively authorized military action within a state for the benefit of its people. General Powell again was the military architect of the U.S. role and Reverend Jackson has given public support; in the short run, Interpretations I and II may partly conjoin in this remedy for a disaster in Africa.

The African-American (and Hispanic) people of the South Bronx expressed generosity and a desire to help Somalia. But they stringently asked why their situation of hunger, poverty, nightly gunfire by teenagers with automatic weapons, soup lines and inadequacies of police and social services was not getting equal or priority attention from the American Government. They generally doubted that U.S. action could resolve Somalia's problems with, e.g., mobile armed gangs. Thus, there are indications that while the legitimacy of the overseas objectives was not questioned as it was regarding Desert Storm, many African-Americans still did not see UN authority as justification for diverting substantial American resources abroad while Afro-America's intense needs remained largely unmet. It is to be hoped that the enforcement of the right to food in Somalia will create stronger expectations about effective policies to end hunger in the United States.