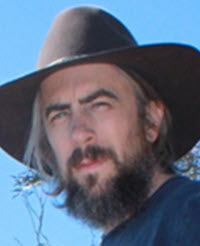 This article tells the forgotten story of the enfranchisement and disenfranchisement of 'Indian' subjects in the first three decades of Canadian confederation. It is also an untold tale of the re-constitution of Canada as a democratic and white (and always male) nation at the turn of the twentieth century. Over the twelve years from the creation of the Indian franchise in 1886 to its revocation in 1898, the early Victorian dream of the transformation and assimilation of Indigenous peoples as respectable Christian subjects gave way to a cynical idea of segregation under the permanent regime of the Indian Act.(Only children would be excepted under a radical new program of forced separation and assimilation in residential schools. If the Indian franchise was the apotheosis of assimilation, its revocation marked the start of a particular form of racial segregation. This article also recovers two alternative visions of constitutional co-existence within Confederation. The Anishinaabe-dominated Grand General Indian Council proposed various forms of dual nationality to reconcile membership in both their treaty-recognized nations and the Canadian state. In contrast, the Confederacy Council of the Six Nations insisted on Haudenosaunee autonomy mediated by a special treaty relationship with the Canadian and British imperial governments. Yet neither of these two alternative visions would survive unscathed from the unilateral imposition and revocation of the Indian franchise.

The full story of the Indian franchise remains untold because most historians assume there is no story to tell. This article takes up the promise of a handful of histories of the parliamentary passage of the Electoral Franchise Act of 1886, especially its impact on the Six Nations at Grand River. Yet even these histories leave untold the wider and deeper impact of the so-called 'Indian vote' in federal elections and its influence on the constitutional thought of Canadian, Anishinaabe, and Haudenosaunee nations. This article provides new evidence that Indian voters participated in up to a hundred electoral contests in the three federal elections of 1887, 1891, and 1896. It also argues that Indian voters determined the outcome of at least twelve electoral contests in Ontario districts. Canadian politicians rightly believed that Indian voters were crucial to electoral victory, which explains why they sought to expand or restrict their participation. For Indian voters, however, the politics of electoral participation was always tied up with their particular visions of national self-rule within the colonial and imperial constitutional orders.

Far from forgotten actors in a foretold play, Indian voters were crucial to deciding the outcome of three closely contested federal elections and challenging settler ideas of the nascent Canadian nation. The Indian franchise - as part of both a legal regime and a discourse of colonial governance - was a key site of political contestation between competing visions of constitutional orders after Confederation. Arguments for and against the Indian vote were always situated in distinct discourses about the nature and place of First Nations within the Canadian and imperial constitutional orders. This article examines the question of the Indian franchise by bringing three usually distinct literatures into conversation: constitutional law, Indian administration, and Aboriginal title and treaties. It asks new questions about the reconstitution of Canadian Confederation through the lens of the Indian vote. How did different ideas of the 'national' status and rights of First Nations shape settler arguments for their inclusion or exclusion from the federal franchise? How did First Nations' ideas of 'national' self-government lead them to support or reject the right to exercise the federal franchise? What alternative visions of co-existence were proposed against the paradigm of assimilation by enfranchisement? And why and how was Canadian Confederation reconstituted over its first three decades from the union of 'civilized' and property-owning men to a democratic and white patriarchy through the disenfranchisement and segregation of Indian subjects through the racialized legislative regime of the Indian Act?

This article answers these questions by recovering the story of Indian enfranchisement and disenfranchisement. Part II sets out the evolving and contested legal status and franchise rights of Indian subjects from 1837 through to Confederation and the Indian Act of 1876. Over this half-century, the Canadian paradigm for Indian governance was 'enfranchisement,' a legal process for terminating an applicant's Indian status and the 'disabilities' it entailed. Its final aim was the assimilation of 'civilized' individuals and bands into settler society. In response, the Anishinaabe and Haudenosaunee nations came together to form a united front against this unilateral attack on their treaty status as nations.However, they soon split into two main national bodies. The first, the Grand General Indian Council of Ontario and Quebec (Grand Council), was an Anishinaabe-dominated body dedicated to forming a common strategy to embrace the privileges of enfranchisement without the surrender of their national status and rights. The second, the Confederacy Council of the Six Nations at Grand River, pursued a more radical strategy of self-rule by direct appeal to the British imperial government.

Part III examines the genesis of the Indian vote, its exercise by Indian voters, its critique by the Grand Council and Confederacy Council, and its ultimate revocation. The first federal electoral law granted an explicit right to Indian men (and only men) living on reserves but restricted it to 'civilized' bands in the older provinces - Ontario, Quebec, and the maritime provinces. Despite serious reservations, Anishinaabe and Haudenosaunee men exercised their new right in the three elections of 1886, 1891, and 1896 - and did so to significant effect. Yet the exercise of the franchise was always a part of national and inter-national politics. Anishinaabe voters seized on it as a public performance of civil respectability, public proof of their claim for equal rights as responsible fellow subjects (though without surrendering their treaty rights). Haudenosaunee voters, in contrast, were more deeply divided on whether to use the franchise as a tool of 'advancing' toward settler society or rejecting it as a means of their forced assimilation. After barely a decade, however, these questions were foreclosed when the Liberal government effectively revoked the franchise for all Indians.

Telling the neglected history of the enfranchisement and disenfranchisement of Indian subjects is necessary to better understand how the evolving relationship between citizenship, Indian administration, and Aboriginal title and treaties helped to reconstitute Canada as a white democracy at the turn of the twentieth century. It is also of pressing contemporary concern. The last few years have been a time of unprecedented changes to the legal regime governing Indigenous peoples in Canada. In the past three years, the federal government has passed two-fifths of all Indigenous-related legislation since Confederation. These changes implement a particular and contested constitutional vision of contemporary Canada as a single multicultural society comprised of two founding European nations and many less equal Indigenous nations. By recovering the story of Indian enfranchisement and disenfranchisement, we can see how the successful imposition of a singular vision of a white democracy silenced alternative visions of constitutional coexistence. This way of seeing the lost past anew is thus an exercise in constitutional imagination that reminds us that there were and are a multiplicity of ways of constituting our collective selves in common.

The question of the Indian franchise was always situated in the evolving discourse of political representation and property rights in British North America. It was not a pressing question until the older property-based franchises were widened to include more men (though never women) in the 1880s. At first, Canadian officials framed the franchise as a privilege for men of character - a form of publically performed respectability that could include all 'civilized' Indian men. But, as the franchise expanded, settler politicians expressed the growing popular racism that presumed Indians could never be civilized - at least not without the radical process of removing children to assimilate them at infancy into white society. This was part of a deeper ideological rejection of the early to mid-century assumption that First Nations were 'nations' - even if allegedly 'uncivilized' ones - with morally (and possibly legally) binding treaty relationships with the Crown. In this darker new vision, Indians could not be trusted as a 'class' with the same right to participate in electing representatives as white men. The disenfranchisement of Indian men was never a political necessity given the demographic domination of settlers, but it was an ideological one that was essential to reconstitute Parliament as the representative body of a new white (and always patriarchal) nation.

Anishinaabe and Haudenosaunee nations challenged this increasingly dominant constitutional discourse with alternative visions of multinational co-existence. Anishinaabe leaders used the Grand General Indian Council to advocate a vision of enfranchisement that respected and retained their status as members of a treaty-recognized nation. They asked to be freed of the legal disabilities in the Indian Act but not at the cost of renouncing their treaty rights. Faced with an existential threat to their future as nations (even though fragmented on isolated reserves), the Grand Council insisted on the inherent commensurability of Anishinaabe and Canadian jurisdictions in a pluralist relationship of non-domination. The Anishinaabe voters pursued this end through a performance of partisan loyalty to the Conservative Party who seemed to hold open the promise of such a possibility. Yet the suppression of the Grand Council and their disenfranchisement at the close of the century closed off this alternative vision of coexistence without domination.

The Confederacy Council of the Six Nations pressed a more radical form of national self-rule approaching autonomy within the larger Canadian and imperial constitutional orders. The council connected its rejection of the franchise with the pursuit of the political and then judicial resolution of their treaty claims. However, the 'Indian vote' would ultimately fracture the national consensus fostered by the council. The Haudenosaunee voters at Six Nations were deeply split between the Conservative and Liberal parties that transformed the differences managed by chiefly consensus into factions competing in public electoral contests. The worst fears of the Confederacy Council would soon come to pass with its own abolition in the early twentieth century and the denial up to the present day of its demand that the Canadian government honour its commitments in the Haldimand Proclamation.

The enfranchisement and disenfranchisement of Indians thus marked a fundamental reconstitution of Canada after Confederation. The Indian franchise promised the final (and unilateral) transformation of Indian subjects from treaty-protected communities into assimilated individuals. Its revocation a decade later marked a permanent segregation of Indians as racialized bands under the legal regime of the Indian Act (the fate of children, in contrast, would be forced removal for racial assimilation). At the end of the century, 'Indians' were no longer seen primarily as exceptional nations targeted for assimilation through enfranchisement but, rather, as disenfranchised subjects segregated in an archipelago of reserves within the great ocean of the settled white dominion. Recovering the lost Anishinaabe and Haudenosaunee visions of co-existence within a multinational constitutional order offers a new way of imagining future possibilities for living together today beyond unilateral settler domination. It also shows the necessity of reconsidering our constitutional order beyond the narrow focus on Aboriginal title and treaty alone.