“Trump Got His Wall, it Is Called Title 42”; The Evolution and Illegality of Title 42's Implementation and its Impact on Immigrants Seeking Entry into the United States

Excerpted From: Sarah Rosen, “Trump Got His Wall, it Is Called Title 42”; The Evolution and Illegality of Title 42's Implementation and its Impact on Immigrants Seeking Entry into the United States, 14 Northeastern University Law Review 229 (February, 2022) (268 Footnotes) (Full Document) 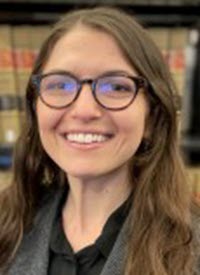 On March 24, 2020, the Centers for Disease Control and Prevention (CDC) released an order entitled “Order Suspending Introduction of Persons from Countries Where a Communicable Disease Exists.” The order relies on Sections 362 and 365 of the Public Health Services Act (PHSA) for the unprecedented authorization of border officials to enforce broad expulsions of people attempting to enter the United States from Mexico and Canada. Approximately a month after publishing the order, the CDC extended it an additional thirty days, thus continuing to block individuals from entering the United States through the Mexico and Canada land borders without travel documentation. In May 2020, the CDC extended the order indefinitely. The order, known as “Title 42,” claims its enforcement “is necessary to protect the public health” from an increase in the danger of the introduction of Coronavirus Disease 2019 (COVID-19) into the land ports of entry (POEs), and the Border Patrol stations between POEs, at or near the United States borders with Canada and Mexico.

Title 42 is one of many anti-immigration policies implemented during the Trump administration. Since the beginning of Donald Trump's 2016 campaign for the Republican presidential nomination, he vowed to remove all avenues for immigrants seeking protection under the laws of the United States. Immigrants have the right to seek protection under both international law and United States statute. Within days of his inauguration former President Trump began issuing executive orders to withhold funds from sanctuary cities and ordered the blockage of immigrants and refugees from predominantly Muslim countries. Throughout the Trump administration, new policies were implemented or introduced for comment that chipped away at the pre-existing broken asylum and immigration framework. Title 42 was among a multitude of anti-immigrant policies including Executive Order 13769, known as “the Muslim Ban,” and the Department of Homeland Security's (DHS) Migrant Protection Protocols, known as the “Remain in Mexico” policy. According to Linda Rivas, the Executive Director and Managing Attorney of Las Americas Immigrant Advocacy Center in El Paso, Texas, prior to the implementation of these policies, the processing of arriving undocumented persons by land border was somewhat standardized, though varied in part depending on where the apprehension and processing occurred.

This paper continues in four sections. Section I summarizes the relevant history of Title 42. Section II discusses the Trump Administration's implementation of the Title 42 expulsion process and its impact on immigrants seeking protection in the United States through land POEs at or near the United States borders with Canada and Mexico. Section II also summarizes the Trump Administration's and CDC's reasoning regarding why Title 42 should supersede codified asylum law, the Convention Against Torture (CAT), and Withholding of Removal. Section III outlines the illegality of Title 42 due to its bad faith implementation and violation of sections of the Immigration and Nationality Act (INA), the Convention Against Torture (CAT), and the United States Constitution. Finally, Section IV concludes this note with a discussion of Title 42 expulsions under the Biden Administration, the future of Title 42 and recommendations to policymakers.

The news of Joe Biden's presidential victory against Donald Trump brought hope and celebration among the immigrant tent camps established along United States-Mexico border towns. These towns were filled with immigrants and asylum seekers who were expelled after seeking asylum in the United States under Title 42, returned to Mexico due to their placement into the Migrant Protection Protocols, and were awaiting their immigration hearing date in the United States. On the night of President Biden's inauguration, he revoked Executive Order 13780, known as “the Muslim Ban,” and has made strides to uphold his promises to end Migrant Protection Protocols, reunite the families that remain separated due to the Trump Administration's Zero Tolerance Policy, and slow the expulsion of minors under Title 42. President Biden also suspended the implementation of a rule which would codify a statutory bar to eligibility for asylum and withholding of removal “based on emergency public health concerns generated by a communicable disease.” The rule was originally meant to be effective as of January 22, 2021, but the Biden Administration delayed its effective date to December 2021.

While the Biden Administration is making strides to reverse many of Trump's anti-immigration policies, as of the publishing of this note, border officials continue to enforce Title 42 expulsions against single adults and families. A report of Title 42's impact documents nearly 500 cases of violence against asylum seekers expelled under the Biden Administration.

Haitian asylum seekers--a population that has been historically discriminated under United States immigration law to be particularly harmed by Title 42 under the new administration. In a few short weeks, the Biden Administration deported more Haitians than the Trump Administration did in an entire year. Lastly, President Biden continues former President Trump's close dealings with Mexico by making an agreement that the United States will send Mexico surplus vaccines, and in exchange, Mexico has agreed to accept more families expelled from the United States under Title 42. The American Civil Liberties Union (ACLU) has filed numerous suits to block Title 42's use to expel UNC and families. On November 18, 2020, in the ACLU's case of P.J.E.S. v. Wolf, the District Court issued an order blocking the use of Title 42 to expel UNC. On January 29, 2021, however, a D.C. Court of Appeals stayed the order, thus allowing the expulsions of UNC to continue until the Biden Administration ceased the expulsions discretionarily in mid-March 2021. In Huisha-Huisha v. Gaynor, the D.C. District Court granted emergency orders prohibiting the deportation of several plaintiff families that were expelled under Title 42. A motion for class certification in Huisha-Huisha and a motion for preliminary injunction are currently pending.

The CDC's present implementation of Title 42 against covered undocumented persons furthers an illusion of a policy that stops the spread of COVID-19, but in actuality is only being used to offer a dangerous mirage of containment. The United States government has a history of attaching anti-immigration policy with communicable disease, enacting these policies against a backdrop of xenophobia and “racist and eugenicist conceptions of disease.” There is a great deal of evidence that the CDC's implementation of Title 42 against the specified population was due to pressure by the Trump Administration to implement their anti-immigrant political ideology rather than establish safe public health measures. The Biden administration continues to expel single adults and families under Title 42. Furthermore, like the Trump Administration, the Biden Administration's actions conflict with the stated purpose of sections 362 and 365 of the PHSA.

In March 2021, ICE crammed a group of asylum seekers onto a plane from South Texas to El Paso after Mexican officials refused to accept the migrants expelled under Title 42. In response, United States authorities flew the asylum seekers to another section of the United States border and expelled them to a separate part of Mexico. By flying to a separate part of the border it is likely that immigration officials and migrants were put at greater risk of COVID-19 due to the enclosed environment and recirculated airflow on the aircraft. Further, in June 2021, the Biden Administration continued the implementation of Title 42, but established two narrow routes to acquire an exemption to expulsions under the Title. The first track became available in late March 2021 and established a program which allowed thirty-five families to be let in daily. Prompted by the ACLU's pending lawsuit against the Biden Administration for the continued use of Title 42, the program has the ACLU collect applications from organizations working with migrants and then submit them to CBP for consideration. The second track became available in May 2021 and permits 250 individuals deemed to be the most “vulnerable” to cross into the United States and pursue their claims. Six non-profit organizations were selected to work as a consortium to determine the most vulnerable cases to then be submitted to CBP for approval.

Members of the consortium agreed to engage in the process based on the understanding that after July, Title 42 would be lifted. However, on August 2, 2021, the CDC issued an order that Title 42 expulsions shall remain in effect “until the CDC Director determines that the danger of further introduction of COVID-19 into the United States from covered noncitizens has ceased to be a serious danger to public health.” In protest, at the end of July 2021, two organizations from the consortium, International Rescue Committee and HIAS, halted their work with the government in an attempt to pressure the Biden Administration to end Title 42 expulsions. Also, due to the ACLU's litigation challenging Title 42 restarting, the Administration announced the exemptions related to the lawsuit were ending. As of August 23, 2021, Linda Rivas stated that other organizations involved in the consortium have begun to withdraw their assistance to process individuals under the exemption to Title 42, in hopes to pressure the Biden Administration to uphold their agreement to end the expulsions and because they do not want to be complacent in harm that is caused by the expulsions.

Immigrant rights advocates refer to the Biden Administration's recent decision to indefinitely continue Title 42 expulsions--despite the government's ability to process asylum seekers quickly under the exemption programs--as further evidence of its true purpose: a shadow immigration strategy rather than a public health policy. There are less inhumane measures that the Biden Administration must take immediately in order to uphold ratified international treaties, to uphold asylum law, and, in President Biden's own words, to preserve our country's “national conscience,” including “our long history of welcoming people of all faiths and no faiths at all.”

The following are several recommendations that can be implemented to ensure public health regulations are upheld to the highest standard while also meeting the United States' legal duties owed to asylum seekers. First, CBP should work with health professionals to screen asylum seekers, ensure that proper social distancing measures and personal protective equipment precautions are taken, add more screening, and implement potential quarantines for those exposed to the virus. Creative solutions to the lack of medical resources should be explored, such as rewarding United States Public Health Service Commissioned Corps employees with federal loan forgiveness to encourage prospective applicants. The Ready Reserve Corps may also assist if there is a shortage of healthcare professionals. Second, asylum seekers should be thoroughly and quickly processed and paroled to their family and/or friends within the interior of the United States until their immigration court proceedings. This way, asylum seekers can ensure they can adequately social distance and quarantine if necessary, thereby avoiding and slowing the spread of COVID-19 cases in CBP processing centers and immigration detention facilities. Third, international partnerships should be improved, particularly with nations that share a land border with the United States, as the United States can work with Mexico and Canada to ensure that sufficient precautions are taken due to the avid flow of persons between the two countries. Fourth, use the Migrant Protection Protocols wind-down model, which involves admitting asylum seekers by the hundreds with the assistance of various United Nations agencies operating in Mexico, and rapid testing all asylum seekers before allowing them to enter the United States.

In conclusion, the use of the PHSA to implement the Title 42 asylum ban is an unprecedented overextension of executive power that is in violation of international and United States law. The CDC must immediately revoke the present use of Title 42, or the judicial system should step in to ensure a balance of power. Since those in power refuse to uphold our laws, we must take action to preserve Americans' belief in our systems of law.

Sarah Eve Rosen is a law student at Northeastern University with a concentration in Poverty Law and Economic Justice, class of 2022. She majored in International Relations and Spanish with a minor in Political Science at the University of North Florida.