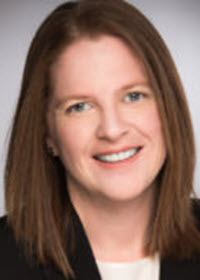 The memory of their screams calling for mercy, gasping for breath, pleading that those parts of their bodies that it pleases God to give them be spared. I remember the fearful look in their eyes when I led them to the toilet, "I want to, but I can't. Why Mum? Why did you let them do this to me?" Those words continue to haunt me. My blood runs cold whenever the memory comes back. It's now four years after the operation and my children still suffer from its effects. How long must I live with the pain that society imposed on me and my children?

Section 208 of the Immigration and Nationality Act guarantees alien refugees asylum in the United States, provided that the alien refugee shows a "well-founded fear of persecution on account of race, religion, nationality, membership in a particular social group, or political opinion." The right to asylum "reflects one of the oldest themes in America's history--welcoming homeless refugees to our shores." Moreover, granting refugees asylum "gives statutory meaning to our national commitment to human rights and humanitarian concerns."

The Board of Immigration Appeals, in In re Kasinga, concluded that female genital mutilation (FGM) "can be the basis for a grant of asylum under section 208 of the Immigration and Nationality Act." The Board refused, however, to establish "the parameters of FGM as a ground for asylum in future cases." The Board also failed to elaborate on why they refused to "speculate on, or establish rules for, cases that are not before them ." Moreover, the Board failed to characterize gender as a social group under section 208 of the Immigration Nationality Act. Nonetheless, Kasinga "is the first decision to recognize the fear of genital mutilation as a legitimate ground for asylum" and establishes a "precedent that is binding on the 179 immigration judges across the country." As a result of the narrow ruling, which fails to recognize gender as a social group, future claims by women in slightly differing circumstances may fail.

This Comment examines the Board's decision in Kasinga and analyzes how, despite the court's failure to recognize gender as a social group, the case demonstrates progress towards a less gender-biased system of adjudicating asylum claims. Part II provides a background of the purpose, authority, and implementation of the Immigration and Nationality Act, a description of female genital mutilation itself, and a description of United States law banning FGM. Part III details the factual background to Kasinga. Part IV examines the protection of women's rights under the slope of human rights, and addresses inconsistencies in United States case law dealing with gender-related persecution claims. In addition, Part IV examines the Office of Internal Affairs of the Immigration and Naturalization Service's (INS) memorandum entitled Considerations for Asylum Officers Adjudicating Asylum Claims for Women in relation to the decision in Kasinga. Part V concludes that the Board, in deciding Kasinga, erred in failing to recognize gender as a social group. Characterizing gender as a social group would have given Kasinga broader application, thereby providing a greater level of protection for women fleeing FGM and other forms of gender-based persecution. Kasinga and the Considerations Memorandum, however, represent a move towards eventually eliminating gender bias in asylum law.