American Muslim Women: Who We Are and What We Demand from Feminist Jurisprudence

Excerpted From: Mehwish Shaukat, American Muslim Women: Who We Are and What We Demand from Feminist Jurisprudence, 31 Hastings Women's Law Journal 155 (Summer, 2020) (119 Footnotes) (Full Document) 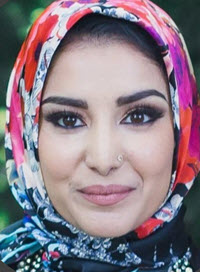 This self-harm is best understood through a study of feminist jurisprudence's own founding principles. If one purpose of feminist jurisprudence as a field of scholarship is “to map the contours of the ongoing legal supports in an era characterized by a liberal consensus on very basic norms of nondiscrimination and formal equality,” then, leaving [American Muslim women] off the map violates this foundational principle. If a second equally important aim of feminist legal theory is to give women the sort of agency “according to which all of us are defined primarily by our individual attributes and ambitions rather than by any socially mandated role or set of presumed characteristics, and the value of autonomy, by which is meant the irreducible importance of self-determination and the pursuit of one's own understanding of the good life without societal or state based censorial control,” then it follows that denying [American Muslim women] this sacred right to self-determination attacks the very ethos of feminist legal theory and threatens the integrity of the discipline as a whole.

Today [American Muslim women] are primarily defined by the socially mandated roles and characteristics foisted upon us by western culture and feminist legal theories, and we are excluded from critical conversations that shape feminist jurisprudence. This exclusion is an egregious harm, but, the remedy is within reach. Small changes can begin to realign both parties into a powerful coalition. In fact, some feminist legal theories are natural allies for [American Muslim women]'s integration into feminist jurisprudence--but, this coalition has yet to be widely discussed in legal academia.

Intersectional feminism is a force of change, and our inclusion is long overdue. This article seeks to combat essentializing by adding much needed nuance to narratives on [American Muslim women]. Instead of replacing one stereotypical image with another, my objective is to create a rich intersectional portrayal of [American Muslim women] that is currently wholly lacking in legal academia and popular culture. Every section of this article could be an entire book, and I introduce these topics to spark pressing discussions where the academy is silent.

Part One will define [American Muslim women]'s group identity by exploring how faith and agency unite our diverse group.

Part Two will offer a unique first-person perspective on the internal and external contours of [American Muslim women]'s intersectional marginalization.

It is curious how feminist jurisprudence can raise a war cry against subjugation in one breath, and, uphold the very structure it proclaims to detest in another. The paradigmatic oppressed Muslim woman is a firmly lodged fixture in feminist legal theory--she is installed, uninstalled, and moved to suit theoretical needs. Feminist jurisprudence's failure to acknowledge [American Muslim women] as a distinct and agentic group with an equal stake in constitutional liberties virtually guarantees the primacy of the oppression narrative; meanwhile, the credibility of the institution hangs in the balance. This serious problem has a simple solution--stop speaking about us and start listening to us.