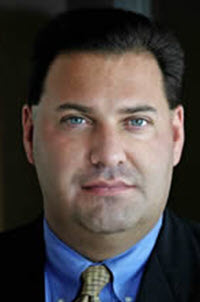 To a large extent, the COVID-19 pandemic has brought the United States into uncharted territory on a number of fronts. Despite the fact that the steps the federal and state governments take to curtail the spread of the viral infection are presumably taken in the best interest of public health, governmental actions and actors must comply with the U.S. Constitution. Some public health measures, such as stay-at-home orders, restrict the exercise of personal freedoms ranging from the rights to travel and freely associate to the ability to gather in places of worship for religious services. Enforcement of these public health orders falls to police. But police authority to stop and question people--even during a pandemic--must nonetheless comply with the requirements of the Fourth Amendment. Given the compelling governmental interest in limiting the spread of COVID-19, reasonable police actions to enforce public health orders are likely constitutional under several theories, even if stops are made without particularized suspicion. Of those, however, the special needs doctrine is best suited for this purpose because it is the approach most likely to safeguard civil liberties after the pandemic ends.

The U.S. Supreme Court has only rarely addressed the extent to which the police power of the state outweighs individual rights and liberties in the context of governmental efforts to stop the spread of infectious diseases. The most instructive case, Jacobson v. Massachusetts, dates back to the smallpox epidemic at the dawn of the twentieth century. In overruling a pastor's claim that a mandatory smallpox vaccination violated his constitutional rights, the Court carefully stated that individual liberties “may at times, under the pressure of great dangers, be subjected to [restraints] ... by reasonable regulations, as the safety of the general public may demand.” This precedent, now 115 years old, predates laws and judicial opinions aimed at maximizing religious freedoms under which the outcome in Jacobson might differ today. But whether religious freedoms may be significantly curtailed during a pandemic under public health orders designed to save human lives is not the only open question from a constitutional perspective. For example, to what degree does due process restrain the power of the state to quarantine people merely suspected of being infected with the disease? To what extent may the government conduct surveillance for “contact tracing” purposes (such as tracking movements via cell phones) and, in doing so, invade people's privacy? Does the power of eminent domain allow the government to seize private facilities for quarantine purposes and, if so, must compensation be provided? And, most relevant to this Article, to what extent does the Fourth Amendment restrain the power of law enforcement to stop people who are out of their homes when a public health order has directed people to shelter-in-place during a pandemic?

In the wake of concerns about the Ebola virus, the United States took steps to update many public health protocols, especially those concerning isolation and quarantine. In reviewing the substantive and procedural due process concerns raised by these laws and regulations, law and public health professors Michael R. Ulrich and Wendy K. Mariner wrote the following:

There is no evidence that the public is reluctant to cooperate with public health officials, especially in the midst of an outbreak, as long as the public has confidence in official recommendations. But public officials must earn that trust. This requires public health officials to obtain accurate information, communicate honestly with the public, and ensure that the public has the resources necessary to cooperate with reasonable recommendations.

Sadly, public trust in governmental communications during the COVID-19 pandemic may be justifiably low in light of the conflicting information that citizens have received from public health officials, who sounded the alarm over the novel coronavirus, and President Trump, who repeatedly downplayed the severity of the outbreak. The confusion that results from such mixed messages compounds the difficulties that police face as first responders during an international health emergency. Thus, in addition to citizens voluntarily cooperating with SaHOs/SiPOs for their own good and that of their families and community members, it is essential that the messaging from federal authorities, ranging from the CDC to the White House, communicate accurate information.

It is equally important that people be respectful of police at this difficult time. Law enforcement officers are on the front lines of the pandemic. Police put their lives on the line each day. As with other first responders, the current threats to police officers' lives are particularly palpable since an invisible viral infection threatens their safety above and beyond those they face in ordinary times. Shortages of personal protective equipment compound the health dangers officers face right now. Rather than challenging police who stop pedestrians or drivers to inquire about compliance with SaHOs/SiPOs, people should do their best to thank officers who are looking out for our safety, health, and welfare during particularly challenging times.

That being said, police must be careful to honor people's constitutional rights during the COVID-19 pandemic. Indeed, this is a particularly important time for putting the best community policing strategies into practice. Officers need to communicate the importance of compliance with SaHOs/SiPOs, especially to people who may not understand how asymptomatic people can nonetheless transmit the novel coronavirus.

Finally, criminal court personnel should consider the long-term consequences of challenging, defending, or upholding stops to investigate compliance with SaHOs/SiPOs using Fourth Amendment doctrines that have the potential to erode constitutional rights in the future. The special needs doctrine is the approach least likely to do so. Accordingly, that approach to upholding police enforcement of public health orders ought to be the preferred one during this time of pandemic.