Excerpted From: Adam A. Marshall and Gunita Singh, Access to Public Records and the Role of the News Media in Providing Information about Covid-19, 11 Journal of National Security Law & Policy 199 (2020) (69 Footnotes) (Full Document) 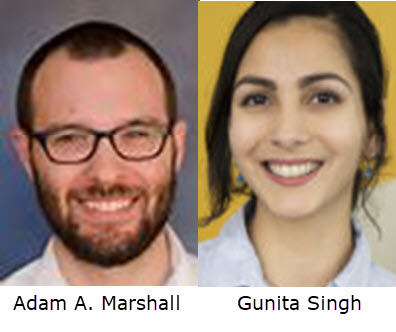 The response to the COVID-19 pandemic has affected all facets of society in the United States, but especially the ways in which we work. Reporters and members of the news media have been confronted with special legal and practical challenges over the last months, from trying to determine whether they are “essential” and therefore exempt from mandatory shelter-in-place orders, to covering court proceedings that have moved to phone or video conferencing. Moreover, some of the most crucial tools reporters use to gather information-- public records and open meetings laws--have also seen significant and worrying disruptions. These laws, which serve as vital avenues for ensuring the free flow of information about what the government is doing, have suffered greatly during the course of the public health crisis.

This article surveys and analyzes the impacts of the pandemic on public access to government records and meetings in the United States. As we show, many government entities have impaired key fixtures of transparency by weakening or suspending public records and open meetings laws, as well as their compliance with them, at a time when doing so stands both to threaten basic institutions of open government and exacerbate the public health crisis. We also focus on the special role of the news media in disseminating information about COVID-19, arguing that this function has important consequences for efforts to curb the spread of the disease, as well as for government accountability.

Part I begins with an examination of how access to public records at the federal level under the federal Freedom of Information Act has fared, with particular focus on the Federal Bureau of Investigation and the Department of State, which have taken extreme measures in response to the pandemic. Part I also contains a survey of access to public records and meetings at the state and local level, highlighting examples of jurisdictions that have significantly undermined or essentially suspended their open government laws, and contrasts those with states and localities that have upheld the public's right to know.

Part II focuses on the unique role of the news media during the pandemic in securing access to and disseminating vital information about COVID-19. In filing public records requests, suing for access after facing delays and denials, and pressuring government agencies to be more transparent with respect to data about the spread of the virus, the press has played an indispensable role in keeping the public informed and holding government actors accountable. Part II explores the role of the press in filling information gaps by independently making available data that have not always been timely (or accurately) distributed by governments. Given the crucial function that members of the news media serve in disseminating information to the public, Part II argues that entities subject to HIPAA's “Privacy Rule” should recognize members of the news media as “reasonably able to prevent or lessen” a threat to public health for the purpose of disclosures of certain protected health information.

The restrictions that have been imposed on open government laws during the course of the pandemic, and the resultant mechanisms that the press have employed to adapt and fight for access in spite of such modifications, are varied and nuanced. Much of the information herein was collected as part of the authors' work at the Reporters Committee for Freedom of the Press, where they focus on public records litigation and education. This article is intended to provide an overview of the landscape of open government during the public health crisis at a particular point in time--and of the news media's role in that landscape--and is by no means exhaustive. As governments' responses continue to evolve during this pandemic, we encourage the reader to reflect on how the lessons of COVID-19 can be leveraged to protect the public's right to know in future disruptions.

Government entities at the federal and state levels have pursued various policies that have both facilitated and hindered journalists' access to information about the pandemic and governments' responses to it. Timely and dependable access to public records and meetings is always necessary for democratic governance, but it is especially critical in times of crisis and uncertainty. As the Supreme Court has noted, gathering information about government conduct in a form that can readily be disseminated to others serves a cardinal First Amendment interest in protecting and promoting “the free discussion of governmental affairs.” As COVID-19 continues to change our society, governments should recognize the power of the news media to disseminate information about the disease in a timely manner, and should empower the media to fulfill their constitutionally recognized role.

Adam A. Marshall is a staff attorney at the Reporters Committee for Freedom of the Press (http://www.rcfp.org/).

Gunita Singh is the 2019/2020 Jack Nelson/Dow Jones Foundation Legal Fellow at the Reporters Committee for Freedom of the Press.