Excerpted From: Mirko Bagaric, Peter Isham and Jennifer Svilar, The Increased Exposure to Coronavirus (Covid-19) for Prisoners Justifies Early Release: and the Wider Implications of this for Sentencing-- Reducing Most Prison Terms Due to the Harsh Incidental Consequences of Prison, 48 Pepperdine Law Review 121 (January, 2021) (358 Footnotes) (Full Document) 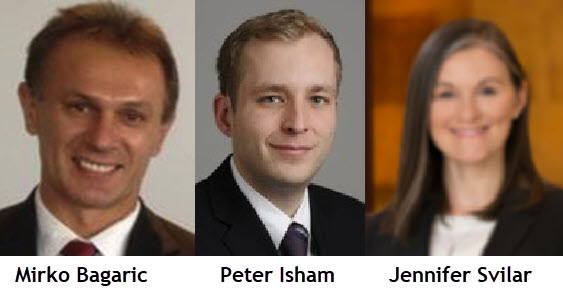 The coronavirus (COVID-19) pandemic has had a devastating impact on all aspects of American society. The United States has been more severely impacted by the coronavirus than any other country on Earth. The health and economic devastations the virus has caused in the United States is almost incomprehensible. Every area of American society has been profoundly affected by the virus. This Article focuses on the immense impact that the rapid spread of the virus has had on the criminal justice system, and in particular, prisons and the sentencing system.

Most importantly, we explore the wider implications that the pandemic has for the criminal justice system and argue that it should be used as the catalyst to significantly reduce United States prison numbers to a point where the United States would no longer have the unenviable status of being the world's largest incarcerator by a massive margin. There is scope to greatly drive down prison numbers without compromising community safety.

The impact that the pandemic has had on the criminal justice system is striking. The coronavirus spreads most rapidly in circumstances where people congregate closely together. This is the reason that large numbers of cruise ships have reported such high numbers of coronavirus sufferers. Prisons, by their nature, are densely populated, with inmates undertaking all living activities in confined spaces and having virtually no capacity to reduce their contact with other people. Thus, prisons are fertile locations for the spread of coronavirus. Hence, it was not surprising that within several weeks of the first coronavirus cases being reported in the United States, the disease had made its way into the prison system.

The infiltration of coronavirus into the prison system has resulted in immediate action by many states. Within several months of the commencement of the pandemic, many states had already released large numbers of inmates prior to the expiration of their sentences in order to minimize the spread of the virus in prisons, and in recognition of the limited health services available to prisoners. The full extent of the prisoner release is yet to be determined, although it is clear that, by any measure, the COVID-19 crisis is having a huge impact on prison numbers. By late May 2020, it was estimated that 5% of the global prisoner population had been released in response to the pandemic. According to Harm Reduction International, prison decongestion schemes in response to COVID-19 were in place in 109 countries. Such schemes--about one-fourth of which exclude people incarcerated for drug offenses despite United Nations recommendations--include: early releases (through sentence commutation), pardons, diversion to home arrest, and release on bail or parole. Release measures are temporary in a few countries, meaning prisoners are expected to return once the emergency is resolved.

In this Article, we argue that a mass release of prisoners in order to reduce the likelihood of being infected with the virus is a desirable policy response. Fundamentally, offenders “are sent to prison as punishment, not for punishment ....” The main deprivation they should experience is the loss of liberty, and they should not be subjected to other forms of harm, such as a grossly elevated risk of contracting a serious illness. These principles justify the mass prisoner release in response to the pandemic.

However, these very same principles also logically and morally command a reassessment of our current approach to the use of prison as a criminal sanction. Increased exposure to the coronavirus is one of many incidental hardships to which prisoners are subjected. It has been empirically established that inmates face a much higher risk of sexual and physical assault than the rest of the community. Their ability to have children is also negated or restricted. Spending time in prison also consigns people to much lower life expectancies and reduced lifetime earnings. In addition, the family harmony of prisoners is greatly compromised compared to people living in the mainstream community. Thus, prisoners are exposed to a number of considerable incidental deprivations. The cumulative total of these deprivations is so considerable that it arguably constitutes a greater hardship than the loss of liberty manifest in a prison term.

The criminal justice response to the coronavirus focuses attention on the impact that unintended deprivations should have on the nature of prison as a criminal sanction. Prison is, in reality, a far greater hardship than is conventionally accepted. This has significant consequences for the manner in which we use this sanction. Proportionality is the main principle that informs the nature and severity of punishment. In short, this is the view that the punishment should fit the crime. More extensively, proportionality is the principle that the hardship of the penalty should match the seriousness of the crime.

It has emerged that the hardship of prison as a result of the coronavirus is more burdensome than was previously understood, and hence, consistent with the proportionality principle, many prisoners have been released early. Other incidental deprivations also add to the extra burden of prison. Thus, prison should be used less frequently as a criminal sanction. It should be reserved only for the most serious of offenses (namely, sexual and violent offenses), and when it is used, prison terms should generally be shorter than is currently the situation. This would result in a considerable reduction in the United States's prison numbers. The empirical evidence suggests that it will not have any increase in the crime rate.

In the next part of this Article, we set out the nature and extent of the coronavirus pandemic and the response to the crisis by criminal justice officials. In Part III, we discuss the incarceration crisis that currently exists in the United States. We note that America is the world's largest incarcerator by a considerable margin. Incarceration numbers grew four-fold in the four decades leading to 2007. While there has been a slight reduction in prison numbers over the past decade, prison rates in the United States are still ten times higher than many other developed countries. This is followed by a discussion of the other extraordinarily harsh burdens of prison in Part IV. In Part V, we argue that these other hardships are so profound that they should result in fundamental recalibration of the extent to which prison is used as a criminal sanction. Our reform recommendations are summarized in the conclusion.

The coronavirus pandemic has resulted in a mass release of prisoners because the nature of prison conditions poses a significant risk of infection among inmates. Moreover, the level of medical care in prisons is compromised, further exacerbating the risk of infection. Viewed more broadly, the rationale underpinning this approach is that prisoners should not be subjected to undue incidental harsh burdens as a result of their incarceration. From the logical and normative perspective, this principle applies not only to the risk of contracting coronavirus, but also to other deprivations prisoners experience.

“From a hardship perspective, some of these other deprivations” habitually suffered by prisoners are also considerable and perhaps

even more burdensome than the deprivation of liberty. Prisoners cannot procreate. They cannot engage in meaningful family relationships .... They are far more likely to be beaten or raped than other members of the community and [,] hence[,] their right to sexual and physical security is diminished. Further, their ability to secure employment after release is diminished, as are their lifetime earnings.

The inability to engage in intimate relationships for years, decades, and in some cases a lifetime would be a penalty which, if imposed directly, would almost certainly be met with loud calls as being an intolerable violation of human sexual autonomy. The fact that a rights infringement occurs in the prison setting does not excuse it; rather, it makes it worse because it cumulates the pain stemming from the deprivation of liberty .... When these discrete deprivations are added together, [often] their combined effects may ... disproportionately burden[] [some prisoners when] compared [to] the seriousness of [their] offenses,

compelling a move to reduce the resort to imprisonment and lessen the length of most prison terms.

Prison should only be utilized for serious sexual and violent offenders, and in relation to these offenders, penalties shorter than those currently assigned generally should be imposed. This would result in a reduction of prison numbers by more than 50% and would not result in any diminution in community safety.