Die Žhnlichkeiten: Learning from Similarities and Key Differences Between U.s. and German Education Policy in the Time of Covid-19 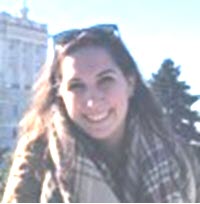 The spread of COVID-19 brought to light a number of fissures in societal functions both in the United States and abroad. What began as a two-week lockdown quickly spiraled into a seemingly never-ending plea for people to stay in their homes to flatten the curve. While a multitude of areas have been hard hit, the United States has consistently placed one crucial aspect of society on the backburner when it comes to COVID-19 policy decisions: how we handle the education of our children. Where other countries around the world took steps to reintroduce hildren to the school environment in 2020, citizens and politicians alike in the United States largely focused on how to get the economy back up and running before anything else. Prior to the start of the 2020-2021 school year, a study indicated that 52% of American children would be in a purely virtual learning environment, while just 25% would return full time to the school setting, and 19% would participate in some sort of hybrid learning model. Meanwhile, data points provided by the United Nations revealed that a number of European and Asian countries reopened daycares, universities, and schools full time for the 2020-2021 school year. Why were children in the United States unable to return to school during the same time frame? And how can remote learning be avoided during possible future COVID-19 spikes? The solution may lie in looking to other countries' handling of the pandemic; specifically, countries with economies that closely mirror our own, such as Germany.

In spite of the seemingly large gap between German and American political systems, they are similar in their federal makeup and treatment of education. Both the United States and Germany leave major educational decisions to states, with federal oversight of general policies, procedures, and funding. However, the emergence of COVID-19 has created a sharp gap between the previously mirrored policies of the two federalist countries--while Germany enacted near-immediate education measures via both funding and procedures, the United States dragged its feet in releasing uniform and strong directives to American schools. The result is a stark difference in pandemic education between the two countries--while German children have been, for the most part, back to a “normal,” in-person schedule, the United States has struggled to deliver effective education through online platforms and only recently made moves towards returning to in-person learning. By learning from the German model of education during the COVID-19 lockdowns, the United States could hasten the return to a full in-person educational model and prevent or limit periods of remote learning in the future, thereby fully serving school-aged children before they suffer even greater blows to their educational development.

This article will explore key points in stabilizing education delivery in the United States in light of the COVID-19 pandemic by using Germany's system as a model. The article will have a particular focus on the delivery of special education services both prior to and during the pandemic and the procedures that Germany and the United States put in place to ensure the continuation of services and address the increased possibility of adverse effects stemming from remote learning for children with special education needs. Part I addresses the pre-pandemic models of education in both Germany and the United States. Part II analyzes the countries' responses to the pandemic, including a closer look at online education delivery, funding models, and policy implementation. Finally, Part III discusses best practices for the return to school and provides a number of suggestions for U.S. policy makers to consider in successfully transitioning to in-person learning models and preparing for the possibility of future remote learning periods.

III. Recommended Practices for Education During and After COVID-19

In the U.S., economic concerns have been pitted against all other pandemic-caused problems, but this is a false dichotomy. In fact, focusing on the education of children actually benefits the economy. According to a United Nations (UN) policy brief, a student who has a disruption in school past the third grade is 72% more likely to drop out prior to reaching the tenth grade, and students who drop out prior to tenth grade lose an average of $16,000 over the course of their lifetime. Looking to the number of students impacted by COVID-19 across the world and the anticipated increase in the dropout rate, there is concern that a total of $10 trillion in global earnings stand to be lost. This indicates that pandemic-related school disruption is not only an issue of educational benefit for children, but is a grave concern for the wider global economy.

The United States will need to take certain steps forward to effectively return children to in-person schooling and strengthen schooling for all children, especially during times of crisis. The UN recommends four main components for countries on this path.

First, suppressing transmission of the virus is essential in returning children to schools. National outbreaks must be placed under control in order to allow large numbers of students to safely return to in-person learning, as Germany successfully did. Once the national numbers are relatively under control, inclusive opening plans should be created with the input of community groups and stakeholders in order to ensure the lowest possible transmission rates between school children. It is especially important to focus on planning for the return of children with special needs, and making sure that additional assessments are completed as needed in order to address learning gaps that arose from the online learning model. The U.S. government should implement an effective, nation-wide plan to curb transmission rates, including nation-wide mask mandates and possibly stricter lockdowns such as those seen in Germany in order to stop the spread of the virus. The U.S. government should also consider providing all citizens with vouchers to purchase medical-grade face masks to negate financial concerns, as Germany did in January of 2021.

Second, the U.S. government should take steps to ensure the protection of education funding and effectively plan for the predicted global recession in order to ensure longevity of education for students across the country. It should make efforts to preserve the money needed to fund education on a yearly basis, and the Department of Education should work to improve cost-effective education services while developing a financial plan to continue these changes after the pandemic. The UN also suggests re-evaluating education spending in order to address insufficiencies and inequities, a move long-needed in the United States. The U.S. government should make plans now, through working groups and task forces, to effectively address these questions at a federal level and release guidance for states and local governments.

Third, the U.S. government must continue to push for education systems that build resilient learners by addressing children most at risk through specific and targeted plans to assist them in continuing their education, even in a state of crisis. The UN suggests focusing on creating plans for educational inclusion of at-risk and high-needs learners in case another world health crisis or other crisis emerges. Leadership is key, and the U.S. government must focus on delivering effective supports for states to cultivate strong community leadership to immediately act in the case of a subsequent spike in COVID-19 or another international health crisis.

Finally, the UN suggests a re-imagination of the current system of education by targeting at-risk needs groups, strengthening the practice of data-driven decision making, and creating entitlements to connectivity, among other suggestions. The United States should look for ways to address educational issues highlighted by the pandemic, including the long-standing barrier to technology and bandwidth that has forced many students to miss school or, worse, drop out. Along the same vein, the Department of Education should continue to encourage low tech or no tech options for learning even after the pandemic in order to reach households that may not have the connectivity required to continue with online or hybrid learning. The Department of Education should also provide updated guidelines that clearly identify the priorities of inclusive education for all children across remote, hybrid, and full in person learning. Overall, the United States should use this pandemic as a chance to overhaul the education system to adequately and equitable serve children across all levels of socioeconomic status and academic functioning.

As mentioned previously, with the election of President Biden came a renewed push to return children to school as quickly as possible in the United States. In fact, recent figures indicate that around half of all children in the United States had returned to the classroom full time by the end of March 2021. At time of writing, Germany has also made changes to their education plan, shifting back to online schooling in response to the rapidly rising numbers of infections and new variants of the COVID-19 virus. This move seems to be based on data-driven decision making to determine what is likely to halt the spread of the virus. Because the German Federal Ministry of Education and Research is housed under one roof, it is perhaps of little surprise to see that analysis of scientific data is driving choices in education in Germany. The United States should consider a similar approach, and require the Department of Education to work in tandem with the various federal scientific research agencies. This type of relationship between departments may also encourage updated research on best practices for educating differently abled students, a change in line with the fourth point of the UN's release on global school re-entry.

Moving forward, education should continue to be made a top priority in the United States' response to the COVID-19 pandemic and to the potential long-term consequences of the health crisis. Although not perfect, Germany has made relatively successful strides in returning and keeping children in school and has also been relatively successful in swiftly responding to rising case numbers or clustered outbreaks with minimal reports of spread in the school setting, provided enhanced safety measures, such as physical distancing, were being used. The United States may benefit from looking to the German response, including its issuance of robust guidelines for schools and parents. Moving forward, children's best interest should be the lens through which plans for education are viewed--a lens Germany appeared to use from the beginning of the pandemic and a lens encouraged by the UN in improving education both during and beyond the COVID-19 pandemic.

Hannah Cholewinski is a 2022 J.D. candidate at Loyola University Chicago School of Law. She is a Civitas ChildLaw Fellow and the Managing Editor for the 2021-2022 volume of the Children's Legal Rights Journal.