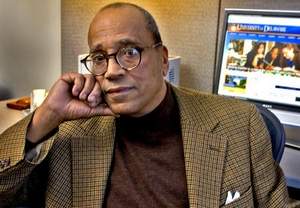 Pop singer Michael Jackson's features changed and the color of his skin lightened dramatically during the final decades of his life. Jackson denied changing his skin color to improve his appearance and claimed that he suffered from vitiligo, a condition in which the immune system attacks cells that produce melanin, which determines an individual's skin color. Jackson said he was not trying to look "White," but observers wondered, if that were so, what was the motivation for his straightened hair and the many operations to change the shape of his nose, chin and cheekbones?

In 2010, former Chicago Cubs baseball player Sammy Sosa was photographed at the Latin Grammy Awards in Las Vegas with noticeably whiter skin. Sosa originally had a very brown complexion but appeared to be nearly White in photographs. He told reporters that a cosmetic cream *76 he used to soften his skin caused the lighter tone. He said he had been using the cream for some time and it made his face look whiter than it actually was, but claimed he was not trying to look like Michael Jackson, nor was he suffering from any skin illness.

"Color Struck" is an old saying among African-Americans that refers to individuals who believe that a lighter complexion and European features represent the epitome of beauty and desirability. Color discrimination is often masked by a combination of subjective notions of attractiveness and unconscious stereotypes. Michael Jackson and Sammy Sosa were probably not consciously attempting to look White; it is more likely they were simply color struck.

Racism involves discrimination against individuals based on their racial category. Colorism, in contrast, involves discrimination against dark-complexioned African-Americans on the basis of their color. The hierarchy employed in colorism is the same as the one that governs racism; a light complexion and European features are considered to be more valuable and attractive than dark skin and African features. Color distinctions among African-Americans have never been recognized in the formal ways they were in the Caribbean and South America. However, among African-Americans, the distinctions are usually unstated but well understood. Lighter complexions and European features are more desirable than darker complexions and African features. A person is considered light-skinned by an application of the "paper bag test," which looks to whether the person's complexion is the color of a grocery bag or lighter.

*77 Although formal racial classifications were developed in the eighteenth and nineteenth centuries, the preference for white skin, blonde hair and European features is rooted in antiquity. Beginning with Greek sculptures of Aphrodite and Roman depictions of Venus, and into the European Renaissance, pale complexions, blue eyes, and flowing blonde hair have been the gold standard for feminine beauty. When Europeans colonized Asia, Africa, and the Americas, they imposed their standards of beauty on the indigenous groups and on the Africans they imported and enslaved. Today, the European norm for beauty and attractiveness is ubiquitous and constantly reinforced in movies, magazines, television programs, online and elsewhere. Young children assimilate these conceptions at an early age, and they remain embedded in their psyches as they mature into adults.

African-Americans, South Asians, Latin Americans, and other people of color have, for many generations, internalized this Eurocentric standard of attractiveness. Using hair straighteners and skin-lightening creams, they attempt to look white without consciously realizing they are doing so. The evidence indicates that in America, socioeconomic disparities resulting from colorism can be as severe as those traditionally attributed to racism. As America becomes a more multi-racial society, old fashioned "Jim Crow" racism has slowly diminished, while color bias persists.