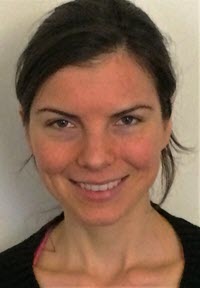 People who are poor, or who appear to be poor, are keenly aware of being stigmatized. A child whose family lives in a homeless shelter explains "[y]ou don't want a lot of people to find out that you live here because people will make fun of it ... you start to have no friends." A woman who has been rejected for many jobs because she cannot afford a car writes, "There is nothing quite like seeing an interviewer purse their lips and jot down a note down while their face screams low-class, do not hire."' A woman who cannot afford to fix her missing teeth explains, "I would make a super legal secretary, but I've been turned down more than once because I don't fit the image of the firm,' which is a nice way of saying gtfo, pov."'

In the United States, discrimination statutes reflect a commitment to the ideals of social mobility and self-determination. Accordingly, they protect traits that are subject to pervasive and illegitimate social bias. Race is the paradigmatic example of such a trait, but legislators have determined a number of other traits fit this description, including sex, national origin, age, disability, and religion. This Article argues that the values animating these laws apply to SES to the same degree they do other protected traits. Accordingly, lawmakers should add SES to the list of traits protected by discrimination statutes. For the specific purpose of discrimination law, I define SES simply as a person's present, past, or perceived financial situation. Financial situation means a person's financial resources measured in terms of income and wealth.

I am not the first to suggest that the poor should be protected from discrimination. A number of scholars have argued that the poor should receive some measure of heightened protection under the Fourteenth Amendment. However, the Court has essentially rejected this idea, and it seems unlikely to change course on this at any point in the foreseeable future. This Article is the first sustained argument for protecting poverty under discrimination statutes, as opposed to the Constitution. To date, this possibility has received very little attention. The few scholars who have considered this idea have readily dismissed it. I argue that the idea deserves more serious consideration.

This Article proceeds in four parts:

In Part II, I discuss the values underlying statutory discrimination law and why they justify protecting various traits--including some that result from voluntary choices, and that sometimes relate to capability.

In Part III, I describe longstanding and pervasive social bias against the poor, how it intersects with racial bias, and leads to widespread SES-based discrimination. This Part aims to illustrate that the disadvantage poor people experience is not only an innocent byproduct of free market economic policies. Instead, it frequently results from social bias of a more invidious nature, akin to racial bias.

In Part IV, I advance four arguments for adding SES to the list of traits protected by discrimination statutes:

First and most straightforward, the values animating discrimination law apply to poverty. Existing discrimination laws protect not only immutable traits, but also traits that result from voluntary choices--e.g., certain disabilities and pregnancy. The rationales for protecting such traits also apply to poverty. Hence, regardless of why a person became poor--i.e., whether they were born that way or fell into poverty as a result of certain voluntary choices--poverty should be considered an illegitimate ground for discrimination.

The third reason is political: Many policies (like those listed above) that have been the subject of race-based disparate-impact claims adversely impact lower-SES people of all races. When a court enjoins these policies, the remedy benefits lower-SES people generally--it is not race-specific. Framing these claims in terms of racial disparities may obscure this fact. Framing these claims in terms of socioeconomic disparities would highlight the fact that lower-SES people of all races share common experiences of marginalization, and they all stand to benefit from legal intervention. This could be a step toward building a broader multiracial coalition focused on economic inequality--a longstanding goal of many progressives.

The fourth reason is legal: At least two Supreme Court Justices have argued that racial disparate-impact law violates the Fourteenth Amendment because it requires racially motivated decision making. Protecting SES would make it possible to address the many policies (like those listed above) that have both disparate socioeconomic and racial impacts, while avoiding this constitutional objection.

I conclude by discussing reasons to be optimistic about the political viability of this proposal.

Discrimination statutes represent a moral and political commitment to the ideals of social mobility and self-determination. Accordingly, they protect traits that are subject to pervasive and illegitimate social bias. The legitimacy of bias is a value judgment, but lawmakers have determined several different types of traits are illegitimate bases for judgment: Some traits are immutable/beyond individual control, and therefore morally arbitrary; others are fundamental, respect-worthy aspects of personal identity; and others result from choices that are irresponsible but not sufficiently blameworthy or predictive of future conduct to justify ongoing exclusion. Each of these lines of reasoning can apply to SES. But put more simply: In a country that values social mobility, it should be a priority to address practices that unjustifiably perpetuate cycles of poverty.

It is reasonable to be skeptical about the political viability of this proposal. Lawmakers are notoriously beholden to the interests of wealthy constituents, and unresponsive to the preferences of lower income constituents.

Yet there is some cause for optimism. Other groups protected by discrimination law also lack political power, yet lawmakers were ideologically motivated to protected them. In the 1960s, when Lyndon B. Johnson campaigned on the promise of a "War on Poverty," he won by a landslide, and Congress took significant measures to protect the poor--measures that are still working to keep people out of poverty.

The 2016 presidential election showed that socioeconomic inequality is again an issue of serious national concern. Many feel undervalued and unfairly excluded by elites in government and corporate America. In both parties, a considerable proportion of voters gravitated toward candidates who criticized the establishment for overlooking the working class and poor. In the run up to the 2018 midterms, "populist" candidates are gaining notable victories within both parties. This indicates that socioeconomic inequality remains a prominent issue on the political agenda, and there could be bipartisan support for candidates who put poverty at the forefront of their campaign in the way Johnson did in 1964.

Another reason for optimism is that poverty is like age and disability, in that it is a "permeable" group: People of any racial, ethnic, cultural background can become poor at any point in life. As Fiss notes, "[t]he Americans with Disabilities Act sailed through Congress, with little or no resistance, perhaps because the disadvantaged group is, unlike blacks or women, one of which anyone might become a member." This reasoning also applies to poverty, as most who are not currently poor can imagine themselves or their kin becoming poor. The more people see a law as potentially benefitting them or their kin, the more people are likely to support it.

A third reason for optimism is that there are already promising steps toward this type of reform at the state and local level. Some state and local discrimination laws already do protect SES-linked traits like public assistance status and homelessness. Many localities have enacted laws limiting screening based on credit, criminal, and unemployment history. Courts in at least six states have held that inequitable education funding between wealthy and poor school districts triggers scrutiny under their constitutions. Over thirty states have interpreted their constitutions to require that the state provide a minimally "adequate education"--which oftentimes entails measures to equalize resources available to lower income students. All of this indicates that there is already some energy behind a movement for protecting the poor.

I do not expect these reforms to take place overnight. But I believe they could come about incrementally, over the course of a generation. History teaches us that legal claims move from off-the-wall to on-the-wall. The most recent example is how, in a few short decades, the LGBT rights movement went from a Supreme Court decision upholding laws criminalizing sodomy to one recognizing same-sex marriage as a constitutional right. This was accomplished via a series of incremental legislative and judicial victories, mostly at the state and local level. A dedicated coalition could adopt a similar approach to advance legal protection for the poor.

The first step toward this is organizing and mobilizing people based on SES. Advocates must speak about poverty the way Johnson did in 1964: as a product of circumstances beyond individual control that can afflict hardworking and responsible people of all racial and cultural backgrounds. Furthermore, advocates must begin to speak about poverty as a social identity; to acknowledge that the poor are and have long been subject to cultural depreciation and demeaning representations. This means talking openly and candidly about how socioeconomic status influences a person's daily interactions, experiences, and opportunities. It means encouraging people to embrace their SES as a part of who they are that is entitled to respect, just like their race, sex, and sexual orientation. Poverty or economic hardship should not be a source of individual shame--a personal blemish to be hidden or masked whenever possible. It should be a reality that people can openly acknowledge, a ground for identification and affiliation.