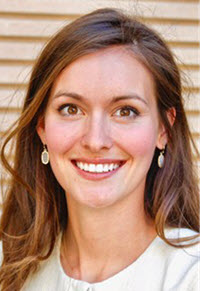 Breed-specific bans have been implemented in over 1,000 communities across America. These laws prohibit citizens from owning certain types of dogs, so-called ‘banned breeds.’ Most commonly, this legislation targets ‘pit bull’ terriers, reputed to be more physical and violent than other breeds. Individuals who own dogs of this kind where legislation is enacted must either surrender their animals or move to a different city or neighborhood without such restrictions. No new owner may settle in the area so long as they possess such a dog. Critics argue that these bans are not based on sound scientific or statistical evidence--that pit bulls pose no greater risk than any other breed of dog. Advocates of these laws urge that the bans are crucial to protect the public health and safety from dangerous dogs. Yet, perhaps these concerns have less to do with dogs and more to do with the individuals who own them. Breed-specific legislation may be being used as a new form of redlining to keep minorities out of majority-white neighborhoods.

“We don't want those people here,” a city council member said of the bans. Strong cultural ties exist between pit bull dogs and the Black community. The same is true of the Latino community. Research undertaken here to investigate this claim suggests that people of color are perceived to be the most likely owner of this breed of dog. While at the present time, actual ownership data is not available, if true ownership resembles the perceived distribution measured here, such a finding may form the basis for a legal claim. Under new law, breed-specific legislation could be challenged under the Fair Housing Act if it can be shown that these laws are disproportionately excluding minority groups.

At this time, more research is needed to flush out the relationships put forward in this paper. However, even if true ownership data does not reflect the perceptions about pit bull owners illustrated here, such results are still telling in terms of cultural biases. Regardless of whether minorities are more likely to own these animals in practice, the perception that they are may still be a driving force behind the laws, coloring the decisions of legislators. While such findings would not be sufficient to challenge the legislation legally, it would still serve to inform discussion of breed-specific laws from an moral standpoint. However, if the relationship between pit bulls and people of color, documented here, exists in practice, it may provide these owners with a means of overturning such laws. In light of new Supreme Court precedent and strong regulations put forth by the Department of Housing and Urban Development, municipalities might prove increasingly unable to defend breed-specific bans.

Recently, breed legislation made headlines in Little Rock, Arkansas where eleven-year-old Ahmeha Simmon's service dog was taken from her backyard by authorities after being reported by a neighbor. “[S]he just wants her dog,” the girl's mother explained, “[but] I simply can't afford to pack up my family and move us to a town where pit bulls are allowed.” In considering the larger context of breed-specific laws, perhaps she should not have to.