Educational Inequality and the Science of Diversity in Grutter: A Lesson for the Reparations Debate in the Age of Obama

Excerpted from: Derrick Darby, Educational Inequality and the Science of Diversity in Grutter: a Lesson for the Reparations Debate in the Age of Obama, 57  University of Kansas Law Review 755 (May, 2009) (Footnotes) (Full Document) 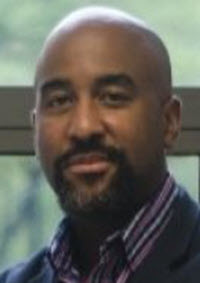 More than five decades after Brown v. Board of Education,  there remains a crisis of black student educational underachievement relative to white students in the United States. And this sobering fact may well have been at the forefront of President Barack Obama's mind during a presidential primary address in South Carolina when he remarked: “I think the reparations we need right here in South Carolina is investment, for example, in our schools.”  He was certainly not suggesting that no blacks have fared well since Brown. Indeed many blacks have obviously excelled in both educational achievement and attainment. Moreover, many blacks have enjoyed positive labor market outcomes and have even garnered a share of power, prestige, and influence in American society--as Obama's unprecedented success in running for and being elected President of the United States so vividly illustrates. Rather, the crucial point he was flagging is that blacks in general remain grossly overrepresented in the ranks of underachieving students and underrepresented in the ranks of high achieving students. That point is supported by various measures of academic achievement and success including, but not limited to, K-12 standardized test scores, grade point averages, graduation rates, and performance on college and professional school entrance exams such as the SAT and LSAT.  As President Obama clearly understood, the existence of lower quality schools in segregated and predominately black communities is one of many competing explanations of why the racial academic achievement gap persists.

In addition to wondering why this gap persists, or more specifically, wondering how economists and other social scientists have explained the causes of this gap, students of law and philosophy, and indeed anyone concerned about the pressing problem of educational inequality in the United States, may wonder: How have this gap and empirical explanations of the relevant causes shaped the United States Supreme Court's recent jurisprudence on educational inequality in higher education in what might be described as the “post-racial” era in the United States? Furthermore, these students may wonder: What does any of this have to do with the raging public and scholarly debate over black reparations for slavery and Jim Crow? The main objective of this Article is to set the stage for a fuller treatment of these two questions by attending to Grutter v. Bollinger,  a recent Supreme Court ruling on the constitutionality of a race-conscious law school admissions policy.  Special attention will be paid to the Court's use of social scientific research on student body diversity in Grutter.

The Article unfolds as follows.

Part II provides an overview of recent empirical data establishing the existence of racial disparities in educational achievement along with a short summary of the main explanations of the causes.

Part III provides a general characterization of what might be called the “post-racial” era in the United States, along with implications for how many people think about racial discrimination today.

Part IV begins with a summary of the Supreme Court's decision in Grutter. It is then observed that this decision comports with a vital way in which the pursuit of race-conscious remedies for racial inequalities in educational achievement is seriously constrained in the post-racial era. This observation is followed by a discussion of how empirical explanations of the benefits of racial (and other forms of student body) diversity figure into Justice O'Connor's majority opinion for the Court and into Justice Thomas's dissenting opinion, with an eye toward extracting a lesson for the current public and scholarly debate over whether blacks are owed reparations for educational inequality.

This lesson, which is presented in Part V, highlights a serious inadequacy of a prevailing normative argument for reparations--an argument that is tethered to particular social scientific explanations of the root causes of racial inequalities in education.

The inadequacy of this argument does not require us to forego further attempts to argue that blacks are owed reparations. However, it does invite proponents of reparations to fashion alternative normative arguments that cannot be derailed by empirical disagreements over the root causes of racial inequalities in education and in other areas. While I am not suggesting that these empirical disagreements cannot be settled, it is imperative to ensure that one's normative case is not indefinitely delayed pending the outcome of such a settlement. Hence, a more promising normative argument--the development of which I must leave for another occasion--might be fittingly described as an “unscientific” argument for reparations. This argument could reach a pro-reparations normative conclusion, such as recognizing a collective societal moral obligation to improve failing public schools in segregated black neighborhoods, without being derailed by the fact that there are competing empirical explanations of why the racial achievement gap persists.

In this Article, I have argued that corrective justice arguments for black reparations tethered to particular social scientific explanations of racial inequalities will be open to the same kind of counterattack launched by Justice Thomas against the social science-backed argument for racial diversity in Grutter. An important aspect of the corrective justice reparations argument is to establish the causal link between the past wrongs of racial slavery and segregation and current racial inequalities in education and in other areas. I suspect that many people are inclined to agree that there is some kind of relationship between the racial achievement gap and the legacies of slavery and Jim Crow, though there will certainly be much disagreement about the strength of this relationship. A rather forceful way of highlighting the connection between these past racial wrongs and the current racial achievement gap is to contend: “[A]lthough Jim Crow schools have been outlawed, black students, including middle-class black students, are still receiving a Jim Crow level of education.”

It is unclear whether President Barack Obama had this strong a connection in mind when he remarked, “I think the reparations we need right here in South Carolina is investment, for example, in our schools.”  But it seems quite clear that any effort to justify the pursuit of reparations for educational inequality on moral or legal grounds may do best to avoid tethering the normative case for reparations to racial discrimination-based empirical explanations of the causes of racial educational inequality. For in this post-racial, or post-Obama era, empirical explanations that tie black underachievement to choices that blacks make (or fail to make) when it comes to education are as popular--if not more popular--than explanations that link black underachievement to the persistence of racism in contemporary America. While I share President Obama's sentiment that addressing the racial achievement gap could be part of a broad strategy of black reparations, in this day and age the most compelling and pragmatically feasible argument for this will be one that can reach an empirically-informed normative conclusion regardless of the perspective one takes on the empirical causes of racial inequalities in education.

Associate Professor of Philosophy and Affiliated Faculty of Law, University of Kansas.