Prison Labor as a Lawful Form of Race Discrimination 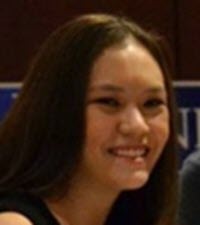 Prisoners in the United States have historically been required to perform manual labor as a component of their punishment. When Congress drafted the Thirteenth Amendment, banning the use of involuntary servitude and slave labor, it established a clear and specific exception for the continued use of forced labor as a punishment for a criminal offense. Early versions of this practice, including indentured servitude and the chain gang, … la Cool Hand Luke, ultimately evolved into the modern prison labor system, which uses prisoners to produce goods within the prison, particularly in the manufacturing and garment industries.

While the modern prison labor system is often described as job training or skills building, the vast majority of prisoner-workers are employed in positions that have little growth potential and do not teach them marketable skills. The media have focused on stories about prisoners who develop marketable skills that allow them more opportunities for success upon their release. For those prisoner-workers who do gain marketable skills like carpentry, plumbing, or computer coding, work programs can significantly reduce recidivism and help individuals find stable employment after leaving prison. However, those jobs, which are generally available through programs like UNICOR, are only available to a small number of work eligible inmates.

In reality, prison job skills programs are not funded at a level that would permit substantial training for any significant number of inmates. As a result, many prisoners participating in these programs are employed in low-skill positions, such as piecing together clothing for Victoria's Secret, stamping license plates, or stitching the flags that fly outside of federal government buildings and United States' Embassies. Having received little to no training, many struggle to find work following their release from prison. In addition to a lack of practical skills, prisoners face the challenge of a U.S. labor market with low demand for this type of work. Many companies have automated these types of jobs, or sent them or into the underground labor market, where they can use sweatshop labor at a much lower cost. Former prisoners also face the additional challenge of many employers' hesitance to hire workers with criminal records of any kind. Consequently, while prison work programs allow prisoners to earn a small amount of income, even the highest performing inmate-workers will still face significant barriers to employment upon release, despite any training that they may or may not have received through their participation in these programs.

When these outcomes are considered in the context of the racial and ethnic makeup of prison populations, it raises concerns about whether or not these prison labor programs are further hampering employment options for inmates of color when they are eventually released from prison. When inmates acknowledge their participation or employment in one of these programs, which may be relevant work experience, they are also flagging their incarceration for employers, even if the employer is in a "Ban the Box" state and cannot directly ask about an applicant's criminal background at the initial stages of the hiring process. Prisons in the United States are disproportionately filled with Black and Latinx people, as a direct result of the over-policing of communities of color. As compared with the population at large, prisons in the United States house 32.4% of young Black men who have not completed high school, as compared with 6.7% of young white men who did not complete high school, despite some sociological data suggesting that white Americans commit crimes at a rate equal to or higher than people of color. If Black and Latinx people were incarcerated at the same rate as white people in the United States, U.S. prison populations would drop by approximately 40%.

The dramatic incongruence of prison demographics compared to the United States population as a whole is produced and perpetuated by broken windows policing and the disproportionate enforcement of non-violent criminal statutes in communities of color. As a result of these policies, prisons in the United States are filled with young people of color, often serving unreasonably long sentences. The prison industrial complex, and private prisons in particular, capitalize on this captive population of potential laborers for their own profit. They do so by requiring prisoners to perform services within the prison, or by contracting with private sector businesses for the use of prison labor, and by garnishing up to 80% of prisoners' wages to cover, among other things, the cost of their incarceration. The wages for prisoners' work frequently only amount to one dollar per hour.

In this article, I will begin by tracing the history of race discrimination in the American workforce, describing the statutes that are designed to combat race discrimination in the private sector, notably Title VII of the Civil Rights Act of 1964. I will discuss how the use of prison labor functionally creates a second-class labor market, largely made up of people of color, which exists outside of Title VII's protection against disparate impact discrimination in the workplace. I will then explore how prisons specifically have been exempted from labor laws that otherwise govern employers' conduct, and how the absence of unions, or collective bargaining more generally, contributes to the exploitation of prisoner-workers by amplifying the imbalance in the labor-management power dynamic. Finally, I will examine the reality of job segregation under the modern prison labor system and parallel job segregation outside of U.S. prisons. An examination of the loopholes in each of these statutory schemes--and the resultant job segregation and sub-par terms and conditions of employment--will show that the use of prison labor on these terms has created de facto job segregation and contributes to the ongoing oppression of people of color in the United States.

Both the Constitution and federal statutes except prison labor from restrictions designed to protect employees' rights. Restrictions on forced labor and requirements about maximum hours, minimum wages, and collective bargaining rights are all designed to protect workers from forms of abuse that were common at one point or another in the history of the United States. Historically, employers took advantage of the most vulnerable workers, hiding behind arguments of freedom of contract and failing to acknowledge the power imbalance that necessarily colors employer-employee relationships. This power imbalance is exaggerated in a prison context, where guards' control over prisoner-workers extends far beyond the workplace.

The workplace power balance shifted with the passage of the Fair Labor Standards Act and the National Labor Relations Act, but those provisions can only be effective when an employee can rely on effective enforcement. Unfortunately, because courts have determined that prisoners engaged in in-prison work programs are not employees and therefore not protected under either the FLSA or the NLRA, prisoner-workers have been unable rely on the enforcement of these statutes, relegating them to position based on a pre-1920s balance of power, a balance that skews heavily in favor of employers and can result in the exploitation of workers.

The potential for worker exploitation, and perhaps more importantly, for wider profit margins, creates an incentive for employers to use prison labor for work that can be performed outside of a traditional factory or office environment. The reality that prisoners are not entitled to minimum wage guarantees and do not have legally recognized collective bargaining rights may incentivize employers to choose prison labor over civilian workers where they have the option. When enough employers act on this incentive, it can create a separate pool of jobs for prisoner-workers and one for civilian workers.

Given the racial makeup of prisons, such separate pools create a functionally segregated workforce and keep many workers of color out of an entire class of jobs. In fact, "ban the box" data suggests that employer perceptions about applicants based on their racial backgrounds may make them disinclined to hire workers of color for positions outside of the prison labor market, even without information about their criminal records. This job segregation can also be a self-perpetuating cycle, locking prisoner-workers out of the civilian workforce, and contributing to high recidivism rates, or in states that have "banned the box," pushing workers of color specifically into positions of financial instability. All of this takes place in a country that to a large extent criminalizes poverty.

This kind of job segregation flies in the face of everything that Title VII is designed to protect. Title VII was designed to end workplace segregation, by barring both disparate treatment and disparate impact discrimination. But Title VII alone cannot solve the systemic oppression of people of color in the United States labor force. In creating a statutory loophole that allows employers to treat prisoner-workers and civilian-workers differently--when people of color make up a significantly larger portion of the prison population than white people--our laws perpetuate the kind of oppression that could only be resolved with comprehensive reform of federal labor laws mandating equitable treatment of incarcerated workers. These reforms could still only be minimally effective without additional statutory protections against race-based discrimination and implicit bias in hiring for workers outside of prisons. In the meantime, the structural oppression perpetuated by the prison labor system remains a harmful force in the labor market, negatively impacting workers of all racial and ethnic backgrounds.

Katherine E. Leung is a field attorney with the National Labor Relations Board.