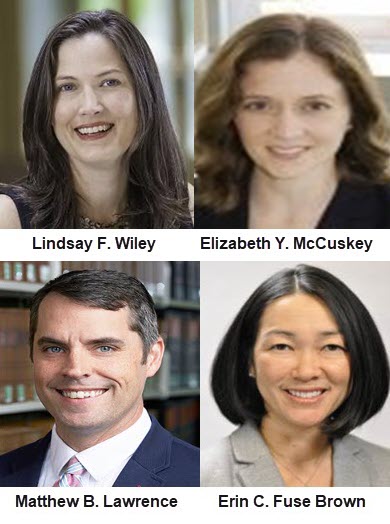 Post-2020, it is no longer tenable for health care reform to accommodate the individualistic, fragmented, privatized mess that passes for a health system in the United States. The conscience-shocking scale of death and devastation wrought by the COVID pandemic in the wealthiest country in the world is a fiasco-- a consequence of human failures compounding a natural disaster. Governments at every level failed to discharge their core obligations to protect the people's health and welfare. Worse, communities of color bore the brunt of death and suffering, due to the existential failure of past reforms to rectify the racism, economic injustice, and other forms of subordination (the systematic oppression of one social group to the benefit of another) baked into the American legal and health systems. The health care system was not the only--or even the most important--social determinant of the failed pandemic response in the United States. Risks associated with employment, housing, and other factors were critical, as were failures of leadership, law, and policy. An equitable system for health care delivery and financing is thus a necessary but insufficient requirement for a successful pandemic response.

It has been clear for decades that the U.S. health system is broken, but the sheer scale of injustice during the pandemic has made it impossible to pretend that haphazardly incremental reforms will be adequate. With this knowledge, it is not enough to renew our commitment to pre-2020 health reform principles. The “iron triangle”--health care access, cost, and quality--that has informed a half-century of reforms lacks the ambition and scope to guide our next steps. We must reconstruct health reform, and ultimately the health system, using new principles and a new method. Incremental reforms may be unavoidable but they must be designed to be intentionally confrontational, with an eye toward their place in the broader project of upending or transcending the legal structures that undermine public health and propagate subordination and inequity.

The thesis of this Article is that decades of reforms failed to prepare the United States for 2020 because health reform has been conceptually and structurally constrained and to transcend these constraints requires nothing short of reconstruction.

We develop the project of health reform reconstruction by drawing four vital lessons from the pandemic--a pair of normative lessons bookending a pair of constructive lessons. First, health justice must replace the long-dominant but conceptually blinkered iron triangle. Second, legally and logistically entrenched fixtures of individualism, fiscal fragmentation, federalism, and privatization constrain health reform even when it reaches toward health justice, as it has done at times during the pandemic. Third, each of these fixtures reinforces and stems from racism and other forms of social subordination. Fourth, to make meaningful progress toward health justice, even incremental reforms must confront or transcend the fixtures that have constrained reform for decades.

The first lesson we draw from the pandemic is that health reform requires new principles rooted in solidarity, equity, and justice. In Part I, we argue that 2020 should mark the end of what we call “the iron triangle era” of health reform, dating back to the 1960s, in which reforms sought to balance three points: access to, quality of, and costs of medical care. Over time, the iron triangle's mode of pragmatic tradeoffs created a piecemeal approach to health care regulation that culminated in the Affordable Care Act.

To guide post-2020 health reform, we propose a new set of principles oriented toward realizing health justice and social solidarity in health care. Justice and social solidarity have long been core values of public health law, policy, practice, and ethics “still largely aspirational” ones. We aim to integrate them as core values of health care law and policy. Health justice demands that reformers address the role of health care laws and policies in reinforcing--or, alternatively, dismantling-- racism, economic injustice, and other forms of social subordination. Reformers must ensure equitable distribution of the benefits and burdens of robust public investments in health care and public health, measured in terms of population-level health outcomes and community wellbeing, in addition to the intermediate indicators of health care access, quality, and cost. Decision-making processes related to health must ensure recognition, representation, and empowerment of subordinated individuals and communities. In short, health care regulation should embrace public health principles and strive for anti-subordination, equity, and community empowerment, expanding far beyond the cramped iron triangle.

The second, related lesson we draw from the pandemic is that health reform has been structurally constrained by fixtures that impede solidarity and egalitarian justice. In Part II, we describe how the U.S. response to the COVID pandemic was stymied by four fixtures: individualism, fiscal fragmentation, federalism, and privatization. These fixtures, which we identified in a prior collaboration, hold back mutual aid in the U.S. health care system, causing the system to function particularly poorly under the stress of a national public health crisis. Our individualistic, multi-payer, state-by-state, privately-administered health care system, in which health care entities are insulated from public health responsibilities, failed to support the medical countermeasures that are critical in a communicable disease crisis--including testing, therapeutics, and vaccination. Our inability to distribute scarce resources in ways that maximize collective benefits has undermined the effectiveness of the pandemic response, representing a functional failure of the health care system.

An embedded lesson here is that individualism, fiscal fragmentation, federalism, and privatization are more than mere features of Americanhealth law. They are gravitational. We describe these structures conceptually as fixtures because they are legally and logistically entrenched. They are rooted in a constellation of constitutional provisions, laws, institutions, economic arrangements, and cultural and ideological commitments, rather than a single law. Agencies, companies, workforces, relationships, and economies are built around the fixtures.

The third lesson we draw from the pandemic is that the fixtures of individualism, fiscal fragmentation, federalism, and privatization have contributed to a failure of Americanhealth care so profound we describe it as existential: stark racialinequity in the burden of disease. In Part III, we describe how each of the fixtures is historically rooted in and perpetuates racism, thereby subverting health equity and community empowerment. Because the fixtures have played historic and inherent roles in creating and reinforcing subordination, reforms accommodating them will continue to perpetuate racial injustice. The accommodative stance of iron-triangle reforms has become untenable for reformers who are committed to anti-racism. The existential failures during the pandemic thus demand a more confrontational approach to the fixtures in future reforms.

The fourth lesson we draw from the pandemic is that implementing reform requires a new method. In Part IV, we offer an approach for operationalizing our bolder health justice reform principles within a system still constrained by the fixtures. We call this method confrontational incrementalism. Its end goal is to reconstruct health reform by dismantling the legal structures that hold it back. Its approach acknowledges the difficulty of that task, owing to the fixtures' entrenchment.

Reforms can reconcile ambition with pragmatism by identifying whether an incremental policy change serves as a stepping stone or stumbling block for confronting the fixtures that stymie health justice. Although incremental, this approach to the fixtures promotes vigilance about the accumulated effects of reforms that accommodate, rather than confront them. It provides an assessment of each incremental reform's confrontation with the fixtures based on its contribution to anti-racism, equitable distribution, and community empowerment. Ultimately, confrontational incrementalism demands more attention to the tradeoffs and accumulated accommodations that come with incrementalism, as well as to the ways that incremental accommodations to the fixtures perpetuate subordination. Confrontational incrementalism thus offers a navigational tool for getting us closer to realizing the ambitious goals of health justice. By elucidating the concept of fixtures and providing a method for health reforms to confront them, we hope to provide reformers who focus on other areas--the criminal justice system, drug policy, environmental regulation, the education system, housing, and employment, to name a few--with a navigational tool for crafting and assessing anti-racist reform efforts rooted in solidarity and community empowerment.

The project of health reform reconstruction may seem overwhelming, especially because it starts with a recognition of the potency and stickiness of obstacles to health justice in the United States. We draw hope, however, in the fact that scholars and advocates are already laying the groundwork for reconstruction as we understand it. Angela Harris's & Aysha Pamukcu's recent call for the development of a civil rights of health, rooted in health justice, is a bold example of confrontational incrementalism targeted directly at individualism and its perverse implications for both health and subordination. In prior work, each of us has proposed pragmatic reforms that, upon reflection, also show particular promise in the ways they confront the structural fixtures of individualism, fragmentation, privatization, or federalism. Some policymakers have shown nascent interest in such proposals. Linking together these efforts as part of the larger project of health reform reconstruction provides new direction, motivation, and a framework for not only recognizing structural bias in our law but doing something about it.

The COVID pandemic is what John Kingdon has described as a “focusing event.” Reflecting on the failures of the U.S. pandemic response may create an opening to start building a better health system oriented toward public health and equity. The lessons of the pandemic have made the case for reconstructing health reform to confront the four fixtures in ways that realize health justice. Reformers should seize the moment--the public health, racial, and economic crises of the pandemic have accelerated the public's embrace of a greater government role in health care and bolstered our willingness to confront the structural inequities of a fragmented, privatized, “you're on your own” system. But it is critical for reformers to ensure that they do no further harm by entrenching the fixtures we have identified here. Regardless of whether reformers seek to realize health justice in one leaping transformation or tack toward it incrementally, we provide a methodology--confrontational incrementalism--to chart the course. The post-pandemic period will be a critical inflection point. The COVID pandemic offers lessons about the what, the how, and the why of future reforms to the U.S. health system. Similar lessons will also guide reforms in other spheres implicated in pandemic devastation. The deep entrenchment and path-dependent reification of individualism, fiscal fragmentation, federalism, and privatization make it nearly impossible to displace these fixtures wholesale. But abandoning the haphazard accommodation of the fixtures, which fatally constrained pre-2020 health reform, is a critical step in the right direction.

Given the enormity of the U.S. health system's failures during the pandemic, we put forth an ambitious proposal. It is time to exit the iron triangle era in which health reforms are assessed solely in terms of health care access, quality, and costs. We must work toward a bolder goal of realizing health justice by centering anti-subordination, equitable distribution of burdens and benefits (for which access, quality, and cost are useful, but not exhaustive, metrics), and community empowerment. This will require confronting the structural fixtures that have hobbled the country's pandemic response and reinforced racial and social subordination in our health care system. Armed with a new conceptual framework (health justice), the diagnosis (the four fixtures) and the treatment (confrontational incrementalism), health reform reconstruction is possible.

J.D., Professor of Law, University of Massachusetts School of Law.